Ricciardo was widely expected to extended his Red Bull contract, but instead completed a shock deal to join Renault earlier this month.

While Red Bull is a regular contender for wins and podiums, Renault has not troubled the top three since it was re-established as a factory team despite making steady progress.

Red Bull motorsport advisor Helmut Marko said Ricciardo would find it "difficult" to feature at the front with Renault, and Verstappen offered a similar opinion when asked about Ricciardo's switch.

"I think everyone was surprised, at the end of the day he has to feel good about the decision, that is most important," said Verstappen.

"Everybody has moments in their careers when you are frustrated or not happy with the current situation. Everyone here wants to win races or win championship, but sometimes it is not like that.

"You have to be really be patient and work hard for it. Sometimes you need the whole package to come together.

"That is what Red Bull is working on at the moment, and I am confident that they can deliver a car which is capable of winning every race, we just need the whole package and we are working towards that.

"That is why it was also a bit of a surprise for me that he left. A change of scenery? I am not sure it [Renault] is the best scenery to go to." 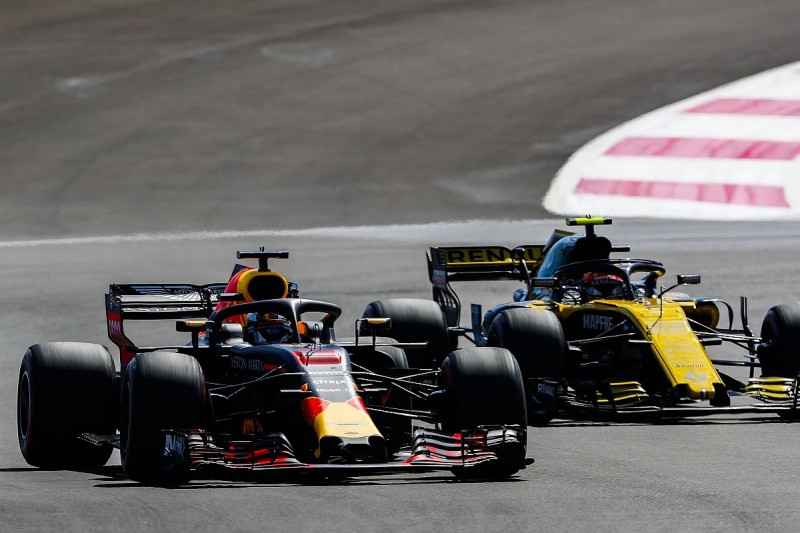 Speaking about a potential move to a midfield team like Renault in June, Ricciardo said it would have "some appeal" but was not "top of my list" as getting his hands on a championship-calibre car was a priority.

But despite admitting a Renault title bid next year was not realistic, Ricciardo said he was convinced by the "really good signs" in the team's pitch to him.

"Next year, being realistic it [a championship challenge] is unlikely," he said.

"Mercedes and Ferrari are the ones doing it consistently.

"We [Red Bull] have been able to win some races this year but in terms of really fighting for a championship it's hard to deny Mercedes and Ferrari, looking at next year.

"What they've done in the last two years encouraged me and developments made at the factory and what they are doing with their finances, where they are spending and the way they are doing it, showed me they want to win and try to get there as soon as possible.

"Every team wants to win and try to make it happen but I saw some really good signs with what they showed me in the presentation.

"Also their honesty, not saying they were going to win in Melbourne next year, as much as I'd like that.

"It's still going to be a bit of a process but a process which is moving forward pretty rapidly."