Formula 1 world champion Max Verstappen hopes the Miami Grand Prix's tight chicane will be altered for next year, saying it is not suited to the 2022 breed of cars.

The Miami International Autodrome, a temporary facility looping around the Miami Dolphins' Hard Rock Stadium, featured a varied mix of medium to high speed corners, a long straight and a very tight section underneath a turnpike.

The 5.41km layout did not produce a great show, which is partly attributed to the surface's lack of grip off the racing line. Nevertheless, it generally drew modest praise from the drivers, who just singled out the bumpy Turn 14-15 chicane as area for improvement.

Pre-race, the Sector 2 combination was called a Mickey Mouse or Formula E chicane, and afterwards race winner Verstappen hoped it would be addressed for next year's event, saying he almost knocked himself out in practice by bouncing over the high kerbs.

"The 14-15 chicane is a bit of a tricky combination. I think if I would have been in a go-kart, it would be a nice chicane to take, but not in an F1 car like we have at the moment.

"I remember in the four laps I did on Friday, I almost knocked myself out because I hit the first kerb and your head just bounced from left to right at least five, six times, but really bad.

"If you just take it a tiny bit too much, just because it's so long, so wide, so stiff and super heavy that little kerb what it is, it's just not made for it to be honest.

"So, maybe we have to change the kerb layout already, that it's a bit more of a progressive ramp and it looks a bit nicer to go over.

"Maybe that helps already. But yeah, it's so slow and I think our cars look way better if it's a bit more of a flowing combination." 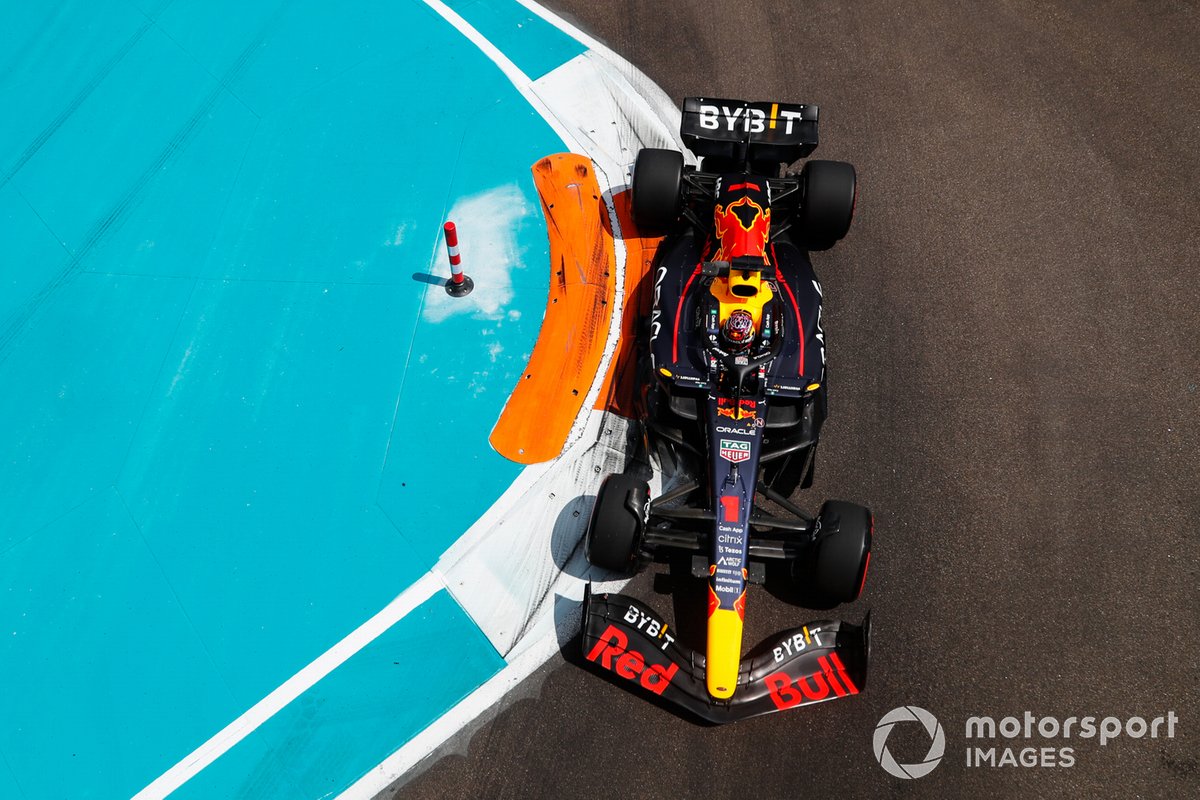 Due to the limited available run-off at the following corner, the Spaniard agreed that a slow chicane was required at that part of the circuit, but said the drivers were already discussing tweaks with F1 to produce a better corner.

"With this generation of cars that are heavy, that are wide, just when you go around those two apex kerbs, it almost feels like you need a bit of luck to get around it," he explained.

"You sometimes get it on a weird angle and the car bounces a lot, then sometimes you nail it and you gain a tenth or two.

"It's just the nature of the two curves there, the way they're put together which is no issue.

"It's a new track that you're always going to go through these phases and we're already in touch with FOM, with Ross [Brawn] and his team to actually sort it out and put together a better piece of circuit."

Sainz' team-mate Charles Leclerc, who started the race from pole but was then overtaken by Verstappen in the first stint, was one of few drivers who said he enjoyed the challenge the unusual chicane provided. 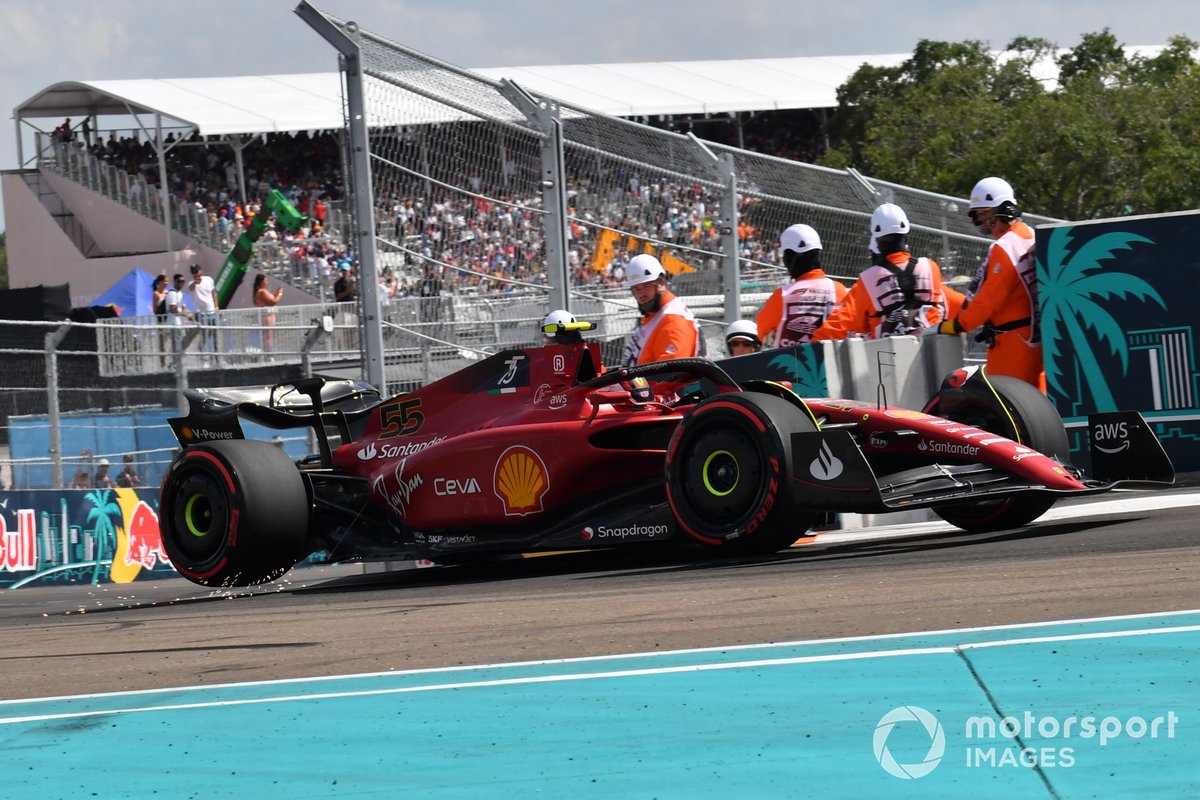 Still, he did agree that a layout tweak could benefit the spectacle.

"I think I'm the only driver on the grid that actually liked this chicane - I enjoyed it," he said.

"But on the other hand, I agree that for racing action, I think we can do something better because following wasn't easy on that part.

"Also for visibility it's quite difficult once you have a car in front because you need to be so precise on the kerbs.

"That makes it even more difficult to follow but apart from that I actually quite enjoyed it."