Formula 1 drivers have given a thumbs up to the Miami Formula 1 track layout with the exception of its chicane, which has been called “a little too Mickey Mouse”.

The Miami International Autodrome will host its inaugural grand prix on Sunday, having been designed within the campus of the Hard Rock Stadium.

The circuit has drawn inspiration from a number of classic F1 corners, and combines high-speed portions with long straights and a slow-speed, undulating section entering the second sector.

But the chicane within the slow-speed section has been a site for a number of spins and mistakes through the weekend so far. It is designed to bring the speed of the cars down as they go below the highway that goes over the track.

While Ricciardo was generally positive about the track layout, saying it was “not like any circuit” and the designers had done a “good job” making something unique, he felt the slow-speed section was a bit too tight.

“These cars are just so big these days, and I think I’ve been quoted before as saying the tracks aren’t getting any wider but the cars are. So this is obviously a case where it’s quite tight in some places.

“It was built around a stadium so it’s not like there’s an open plan to do everything, so I’m sure there are some restrictions on what they can do.”

Ricciardo’s McLaren team-mate Lando Norris said he also enjoyed the general track layout and that it had “good potential”, but felt the chicane was “hit and miss”. 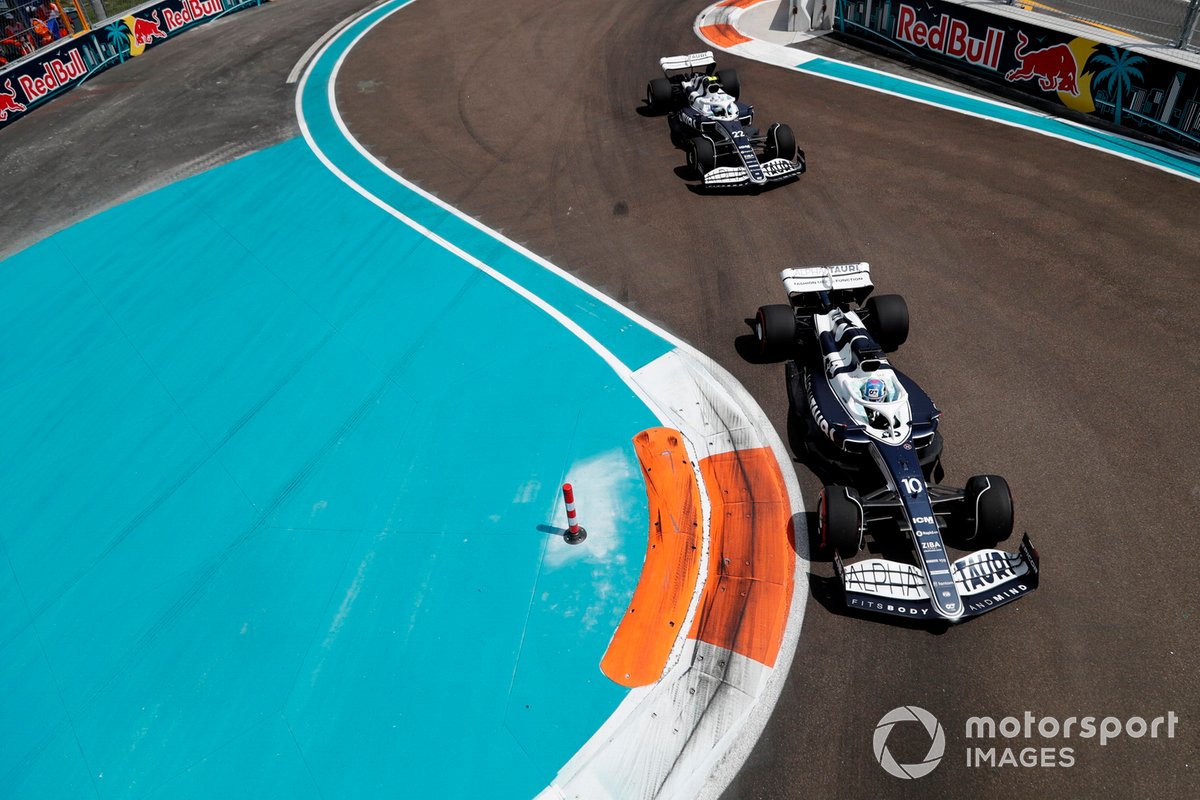 But Norris appreciated the need to safely go under the highway meant it was not viable to simply take out the Turn 14-15 chicane.

“I’ve been told it’s not possible because of the bridge that goes over the top,” Norris said.

“I hope not. I’m sure there’s some other way around it. But as Daniel said, I don’t think there’s loads of ways around it.”

AlphaTauri’s Pierre Gasly found the layout to be “really fun”, albeit “a bit too bumpy” in places, and made the same point about the chicane, comparing it to Formula E.

“Turn 1, Turn 3, Turn 5, it’s just quite bumpy, but then after that, I really like the high-speed section,” Gasly said.

“You can cut over the kerbs and carry quite a lot of speed there, through there it’s quite nice.

“I’m not a massive fan of that Formula E chicane, very tight chicane there. I prefer high-speed corners, especially with the cars that we have.

“But overall, I must say it’s a really cool track to drive on.”

Lewis Hamilton posted on his Instagram account after qualifying: “I actually really like this track [in] Miami. Chicane is the only thing that can be better but otherwise, love it!”