Max Verstappen claims he is not paying much attention to speculation linking him to Mercedes' Formula 1 squad for 2022 if Lewis Hamilton quits, saying he remains "focused on myself"

Mercedes announced earlier this month that seven-time world champion Hamilton had signed a one-year contract extension to cover the 2021 season.

It led to speculation about what Hamilton's future could hold after this year, and whether Red Bull driver Verstappen might be a potential replacement if the British driver quit.

Red Bull F1 chief Christian Horner expected Verstappen to be "top of the list" for Mercedes in the event that Hamilton left, but expressed his confidence that the team's relationship with the Dutchman was "very strong".

Following the launch of Red Bull's new car for the 2021 season, the RB16B, Verstappen downplayed the suggestions and stressed his focus only lay on the upcoming campaign.

"At the end of the day, I don't know what Lewis is going to do," Verstappen said when asked if he had an eye on Hamilton's future.

"But I just focus on myself, and I'm very focused on this year and trying to make it a success.

"It's still early in the season, with only basically a shakedown [complete], so those kind of things, I'm not really thinking about at this stage." 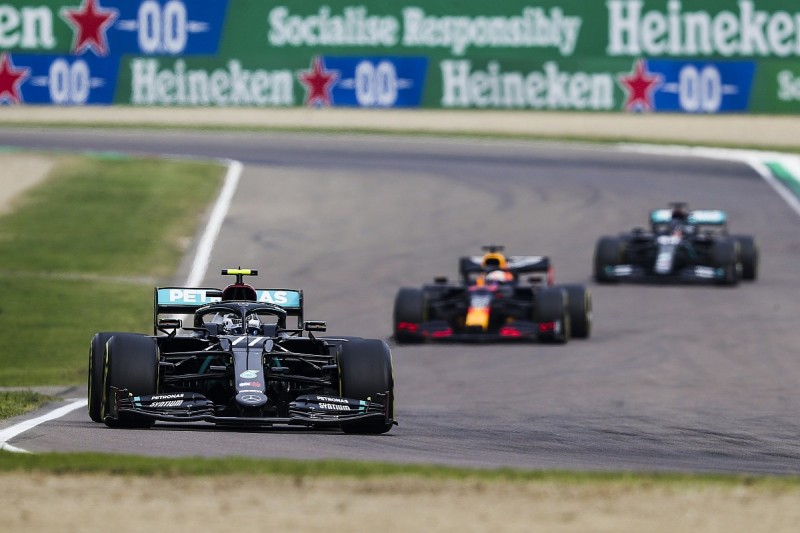 Verstappen's existing Red Bull contract lasts until the end of the 2023 season, but Horner confirmed earlier this month that there was an escape clause relating to the team's performance.

Red Bull recently announced that it would be taking on Honda's power units following the Japanese manufacturer's exit at the end of 2021, forming Red Bull Powertrains.

The deal means Red Bull will operate its own power units in-house from 2022-2024, and could lead to it developing an all-new power unit when the next generation design is introduced in 2025.

But Verstappen said the Red Bull Powertrains deal "doesn't change anything for me".

"It's exciting, but at the same time, I'm also not too focused on it at the moment," Verstappen said.

"We are living in the moment, trying to have a good season first of all this year, and the smart people in the background will handle those kind of things with the engine."