Red Bull’s Max Verstappen says Formula 1’s race directors need to work more with drivers instead of being “stubborn” on its stances when it comes to incidents.

Discontent has been growing among the drivers for some time now over the apparent lack of consistency in stewarding over matters such as on-track battles and track limits.

This was prevalent in last weekend’s Austrian Grand Prix, where there were 43 incidents of track limits violations by the stewards, while George Russell felt his five-second penalty for his first-lap collision at Turn 4 with Sergio Perez was “harsh”.

The Mercedes driver felt all incidents need to be judged independently as they are all different and called for stewards to work closer with drivers to get everyone “on the same page”.

“The dynamics of every single incident is different,” Russell said. “The fact was, Checo was on my outside and I needed to leave him space.

“But when he puts me in a position where I’m already at the limit of my car and somebody turns in with more grip, there’s nowhere I can go.

“To the letter of the law, I was in the wrong and he was in the right.

“But from the second I braked, I was on the limit of my car and there’s nothing more I could do. He was on the clean air, Carlos was on the inside defending.

“That’s what happens on the first lap, he’s got a lot of experience, he knows how it goes.

“But from the stewarding perspective, it’s so difficult. We’re all looking for consistency but we don’t want penalties handed out left, right and centre.

“We need to be working together to establish for us all to be on the same page.” 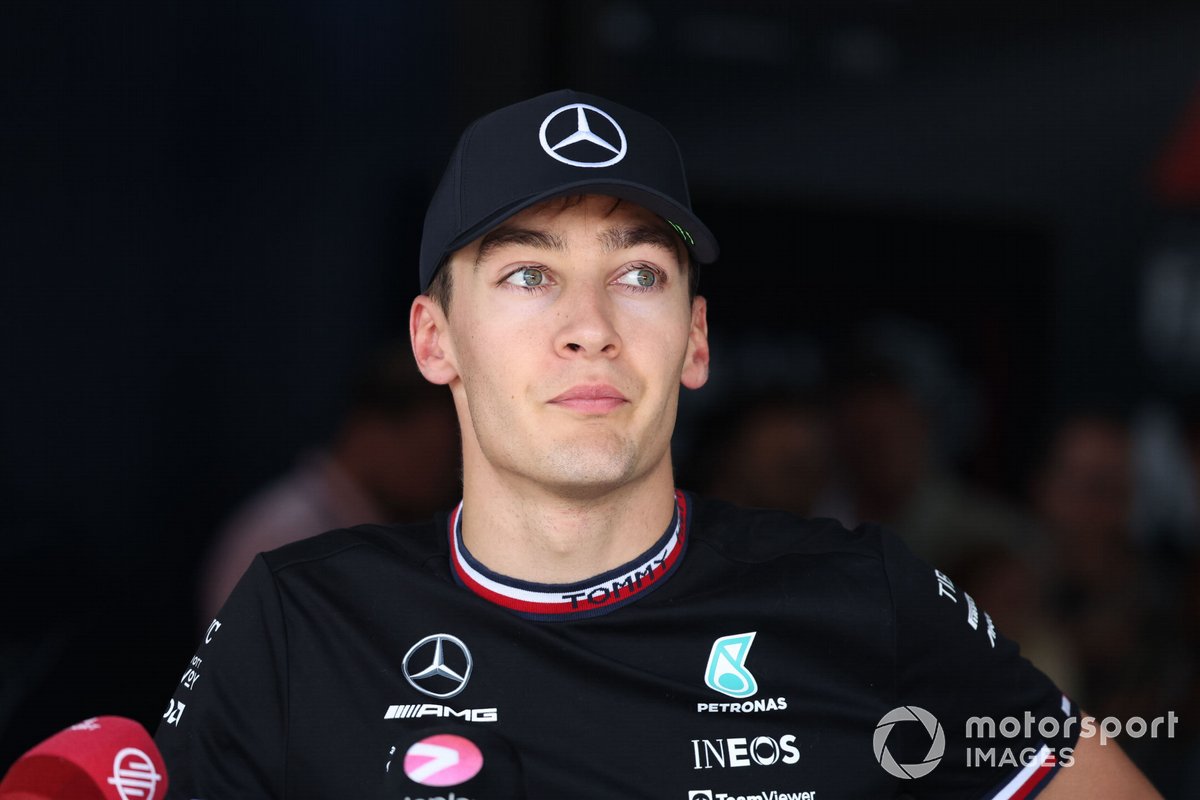 When asked if F1 needs to go back to having a single race director to bring about better consistency in stewarding, Verstappen said: “I don't think necessarily it depends on one race director, I think it's more about working with the drivers instead of just keeping your stance and just being stubborn.

“We want to make it better for everyone and it's not like we're fighting for ourselves.

“We have good conversations between the drivers and at the end of the day, more or less, on most things we agree.

“Of course, everyone has their own opinions about certain things.

“Then the other thing is racing incidents and stuff. Yeah, for sure we can do better. I think we will work on it we'll try to make it better.”

Ferrari’s Charles Leclerc says he doesn’t believe it is “impossible to achieve a good level of consistency”, but admits having two FIA race directors currently makes that harder.

“I think consistency has always been a thing that we've searched for and you can always be better,” Leclerc added. “Obviously, two race directors, it makes it probably a bit more difficult.

“Whether it's impossible to achieve a good level of consistency? I don't think so.

“So, yeah, I don't really have any solutions for now. But I do believe that probably with one race director, it might be a little bit easier to manage.”