F1’s new rules era of ground effect cars was aimed at spicing up the racing and making the grid much closer.

However, despite a thrilling start with little to separate Ferrari and Red Bull early on, progress by Verstappen’s team in reducing the weight of its RB18 helped him pull clear and dominate the second half of the season.

Verstappen was able to clinch the title at the Japanese Grand Prix, four races before the end of the campaign.

Although Red Bull being a step clear pointed to a much less exciting storyline than in recent years when the title battles have pretty much gone down to the wire, fan interest still seemed quite high.

Brown in particular thinks that the high attention that F1 still generated pointed to the 2022 regulations being a success in delivering good racing – even if the battle for the win was a foregone conclusion at times.

“It certainly seems like the racing has been better,” he said. “I think everyone was concerned that cars were going to look the same. They certainly don't. There's a lot of different concepts.

“I think the new regulations always need refining, but I think we got it pretty right. And the racing has been very exciting this year.

“Given the dominance of Max, it doesn't feel like it's been a boring season, even if the results on paper, you would think it would be boring. But I think all the races have been very exciting.” 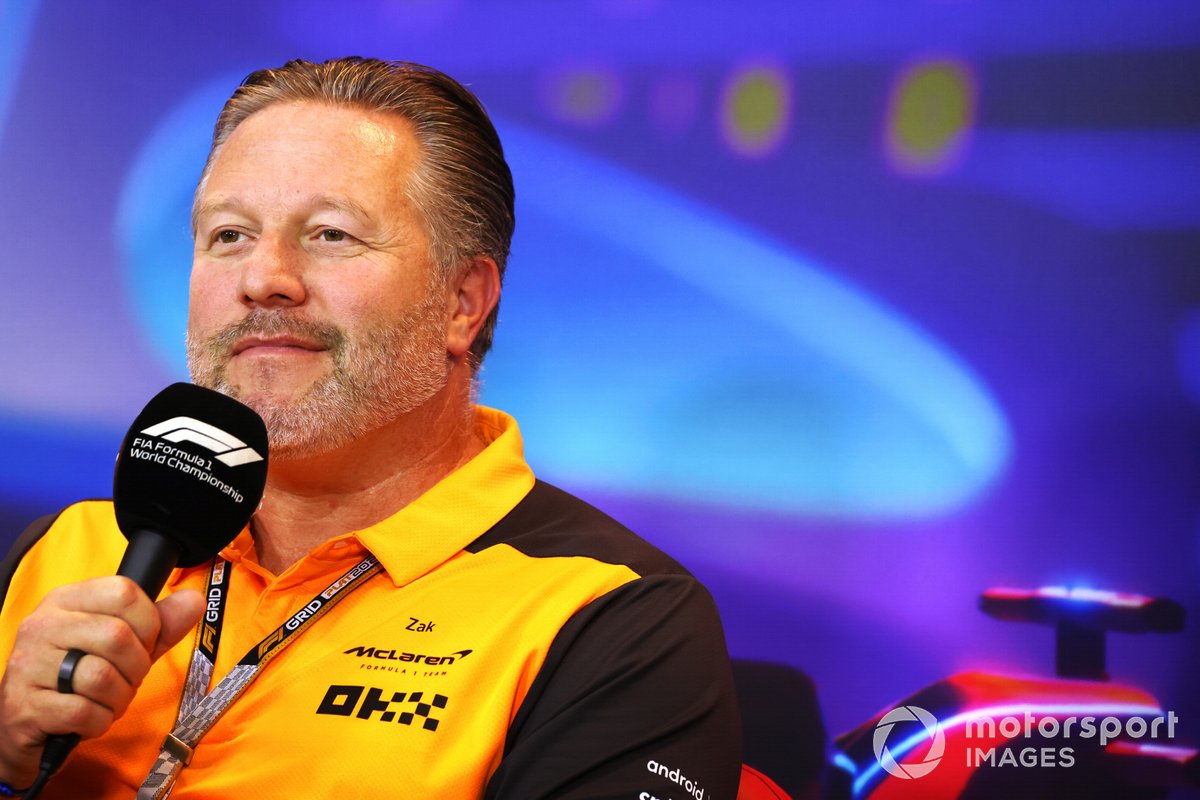 One of the negative statistics of the season was the fact that the podium places were pretty much locked out by the top three teams Red Bull, Mercedes and Ferrari.

It had been hoped that a combination of new aero development restriction rules plus the cost cap would have levelled up the field enough for more teams to be in the mix at the front.

In the end, McLaren was the only team outside the top three to land a podium spot in 2022, when Lando Norris finished third at the Emilia Romagna Grand Prix.

Brown said that it was encouraging for his squad to have at least broken the deadlock once, but he knows it needs to do more.

“[We had] lots of learning. Lots of ups and downs,” he said. “Not as competitive as we were last year, but I think we're a better racing team this year. We’re operationally more sound.

“Our pit stops are better. We've got our investments that are nearing completion. So I think we've learned a lot. New regulations, and excited for next year.”