Stoffel Vandoorne says he's not been able to give much thought to a possible Formula 1 comeback with Mercedes, but knows there's a "chance" he'll race in Bahrain this weekend

Mercedes announced on Tuesday morning that Lewis Hamilton would miss this weekend's Sakhir Grand Prix after testing positive for COVID-19.

Hamilton reported mild symptoms on Monday before testing positive, and will now self-isolate in Bahrain for the next 10 days.

Mercedes said it would announce a replacement for the seven-time world champion "in due course", but no news is expected to be issued on Tuesday.

Mercedes Formula E driver Vandoorne is the German marque's designated F1 reserve driver, having served in the role since the start of the 2019 season.

Vandoorne was already due to fly out to Bahrain following the completion of Formula E testing in Valencia on Tuesday.

But the ex-McLaren F1 driver said he remained unsure whether or not he would be racing in Bahrain this weekend.

"I'm anyway going to Bahrain, I'm catching a flight tomorrow," said Vandoorne, who made his F1 debut in Bahrain as a substitute for Fernando Alonso in 2016.

PLUS: Remembering F1's most recent super-sub

"At the moment, I don't know what's going to happen. I know there is a chance for me to drive, but let's wait and see.

"I'm travelling there tomorrow and I'll find out probably." 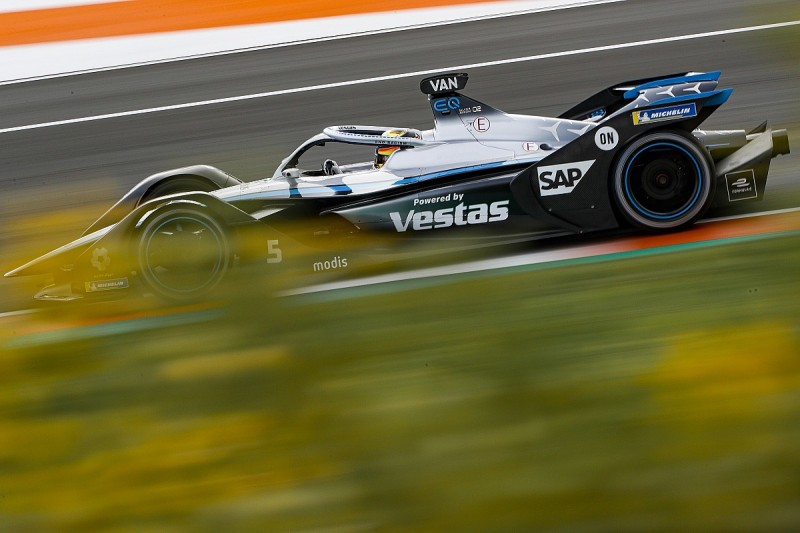 Vandoorne revealed that he first learned Hamilton had been ruled out on Tuesday morning shortly before the announcement had been made.

The Belgian had not been able to give much thought to a possible first F1 start since his final appearance for McLaren at the 2018 Abu Dhabi Grand Prix, due to his commitments with Mercedes.

"I got a first message this morning around 7, the team told me that Lewis tested positive, and that they were going to announce an hour later," Vandoorne said.

"But afterwards, it's just been kind of waiting for me, and to be honest, I've not really been able to think about it that much because I've been focusing on my Formula E test here.

"That's been the priority of the day. I know I'm travelling anyway out to Bahrain tomorrow, so yeah, let's wait and see."

He finished runner-up in the 2019-20 standings, Mercedes' first full-year in the series after taking over HWA's entry, and scored his maiden win in the last Berlin race.

An alternative option for Mercedes is George Russell, should the team manage to agree a deal to draft him from Williams for the race weekend.

It is unclear if Hamilton will be able to race in the season finale in Abu Dhabi, with his self-isolation period set to end on the Thursday of the Yas Marina race weekend.