Vandoorne: Nobody noticed my highs during F1 spell with McLaren

Vandoorne joined McLaren at the beginning of 2017 as a replacement for Jenson Button, following an impressive junior single-seater career in which he dominated the '15 GP2 championship and then finished fourth in Super Formula.

Since joining the F1 grid, during a troublesome spell for McLaren, Vandoorne has struggled to make a similar impact and will be replaced at the Woking outfit in 2019 by rookie Lando Norris.

Vandoorne was outqualified by team-mate Fernando Alonso at every single race in 2018 and ended the year 16th in the championship, but insists that some strong performances have been hidden by McLaren's run of poor form.

"It's never easy when you're not in the right car," said Vandoorne.

"I think I've been doing some really strong races this season and no one's really noticed.

"But if at that time you find yourself in one of the strongest cars you're suddenly fighting for victory, or you're fighting for second or third.

"It just changes the perspective of the people so much, which is a shame in a way.

"I guess it's always been that way. In that regard, it's a shame to be in that position, but there's nothing more I could have done."

Vandoorne's time with McLaren comprised the final year of its relationship with Honda and a 2018 in which the team produced a poor car.

It has not won a race since the end of 2012 and that six-season winless run is double the length of the next-worst period in its history.

"Everything was probably right until I got to race for the team, and then we probably had our two worst seasons in the history of McLaren," said Vandoorne.

"In that respect, it's not been ideal. But that's, unfortunately, something I couldn't change.

"I'm not here to moan about that or complain about that, I'm just looking ahead to see what opportunities come up."

Vandoorne scored a best finish of seventh in his two years at McLaren, in both Singapore and Malaysia in 2017.

He said he is content with what he has achieved in F1, ahead of his departure to Formula E with the Mercedes-linked HWA team. 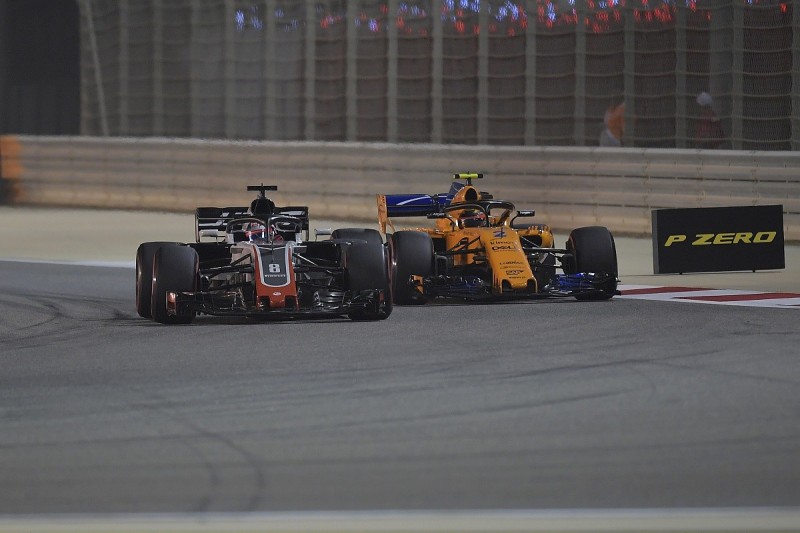 "This year, Bahrain was probably one of my highlight races where we were last after Turn 1 and had a good recovery into the points.

"I think Mexico was pretty good, and actually I think Brazil was one of my best ones as well. Sometimes you're not really rewarded with points.

"The highlight was probably the start of the [2018] season. We came to Melbourne [where Vandoorne and team-mate Alonso both finished in the points] very underprepared.

"Everything was looking great for the next part of the season but, unfortunately, it didn't go the way we wanted to.