Red Bull will need to instil a bit of "discipline" into Pierre Gasly for his 2019 Formula 1 promotion, according to Helmut Marko

Gasly will step up to the Red Bull senior team after one full season with its junior outfit Toro Rosso, having been picked to replace Renault-bound Daniel Ricciardo.

The 22-year-old had to wait to earn Red Bull's faith in F1 after being placed in Super Formula for 2017 following his '16 GP2 Series title success, but has now been fast-tracked to partner Max Verstappen in '19.

Red Bull motorsport advisor Dr Marko told Autosport that Gasly will be under scrutiny because "that's what F1 is like".

"In football if you're not performing, you're sitting on the bench," Marko warned.

"Gasly has shown speed, but of course we have to [instil] discipline a little bit.

"But also, the support from the team is a different one. We're confident that he can do it."

Gasly makes the step to the senior team with marginally more experience than most of his predecessors.

The Frenchman has started 26 grands prix with Toro Rosso, more than Sebastian Vettel (25 plus one with Sauber), Max Verstappen (23) and Daniil Kvyat (19) when they made the same move. 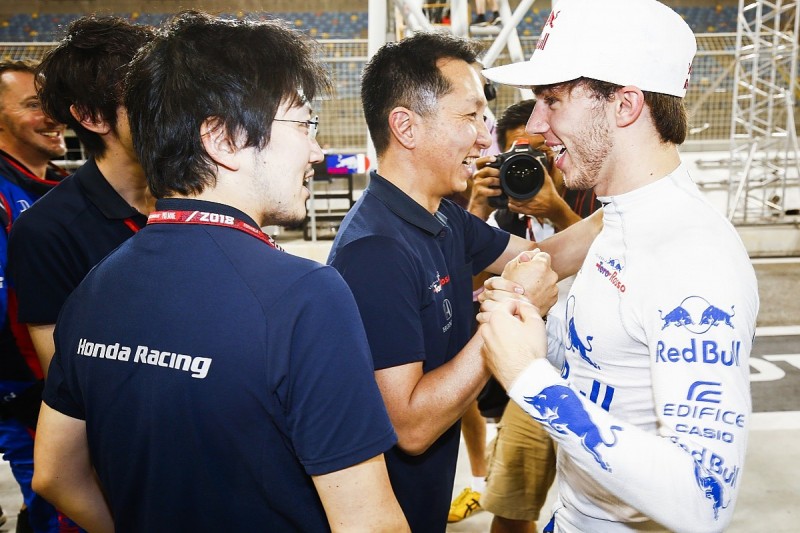 He earned a best finish of fourth in 2018, giving Toro Rosso's engine supplier Honda the strongest result since it returned to F1 grid four seasons ago with McLaren.

While Gasly is aware there are things he can improve for next season, he is satisfied with his efforts in a rookie campaign he marks as an "8.5" out of 10.

"In my first complete season my main target was to make the best out of the package I had," Gasly told Autosport.

"I knew there would be two, three, four opportunities in the season to score big points.

"All the opportunities that came to us in Bahrain [fourth], Monaco [seventh], Budapest [sixth], I would say they were the main three ones where we managed to do the right thing.

"In Bahrain I had to deliver a good qualifying at the right time to have the free air in the race and that's what I managed to do.

"In Monaco, to make it into the Q3, to get a better starting grid position, that's what we did.

"In the wet in Budapest in qualifying as well, I managed to make it to Q3 and have a good starting position.

"They were the races where we had a bit more performance compared to others and we managed to make it happen when it mattered."

Vandoorne: Nobody noticed my highs during F1 spell with McLaren