Having ended this year without a win, Bottas has openly admitted that the season just gone has been his most disappointing in grand prix racing.

With Esteban Ocon waiting in the wings at Mercedes as its reserve, Bottas - whose current contract only covers 2019 - says his plan for next year is to go on an all-out attack to prove how good he is.

"This sport is funny, you never know what happens in the future," he said.

"But I think the right mentality for me to approach next year is like I have nothing to lose.

"I just want to go for it and drive like I stole it, like it's my last race, last day ever. That's a good plan."

Bottas won three races in his first season with Mercedes in 2017, but although this year was worse in terms of result he is certain his form improved and he was closer to title-winning team-mate Lewis Hamilton.

"What we've analysed as a team and what we spoke about with the guys, is qualifying pace and race pace, compared to my team-mate, has been better this year on average, which is positive, but the results haven't.

"We need to analyse why the results weren't there. Obviously sometimes it was unlucky, sometimes were different reasons. 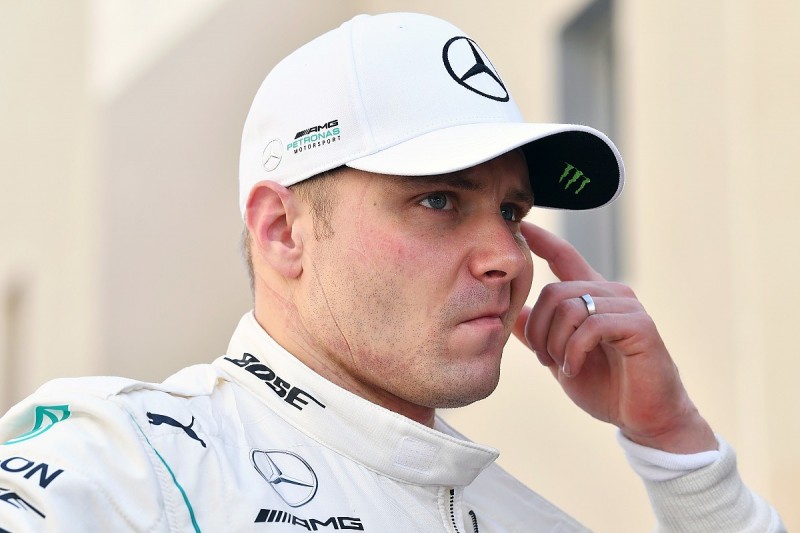 Bottas remains adamant he has the speed and potential to beat Hamilton.

"In this sport, when you're kind of sometimes thinking of yourself, you're thinking all kind of different things," said Bottas.

"The main thing is always the thought that I've got to be the strongest, and I've never told myself that I'm not good enough to do this.

"Even though I feel disappointed for the season, I know that I can do much more than what this season proves, and that is the main thing."