Sainz was given permission to join McLaren early ahead of racing for the team in 2019, having concluded his Renault campaign in last week's Abu Dhabi Grand Prix.

The Spaniard had predicted driving in the Abu Dhabi tyre test would give him a vital "head start" on preparations for next season and he completed 150 laps when he appeared on Wednesday.

"After the race finished in Abu Dhabi, we've been full steam ahead on 2019," said Sainz.

"I've been learning names of my new colleagues, how the car works, how the system works, also building relationships with the engineers - and that has gone all to plan.

"Thanks to the 150 laps I did at the test, I can go into winter with a lot of information to analyse.

"I can't complain. It has been a great few days and thanks to the mechanics and engineers who made me feel like I'm at home." 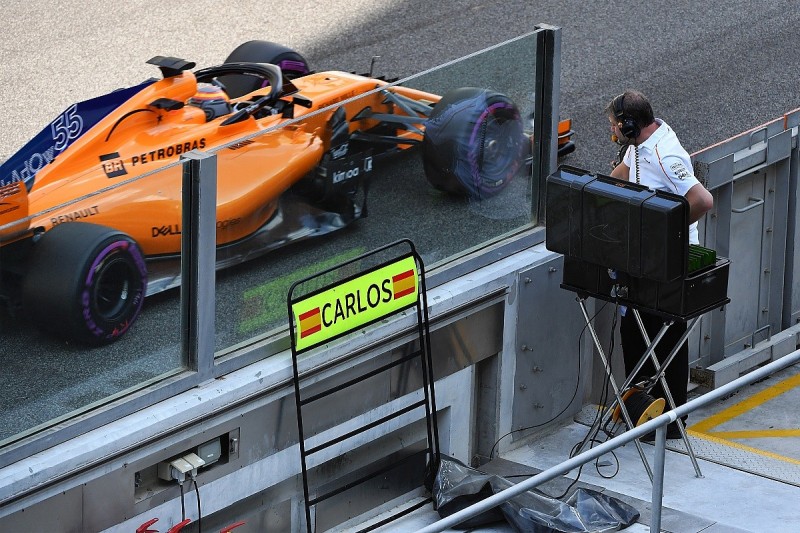 Sainz will partner Formula 2 graduate Lando Norris next season as McLaren prepares to field an all-new line-up following the exits of Fernando Alonso and Stoffel Vandoorne.

The Spaniard said their fledgling relationship had started "smoothly".

"Seeing him drive on day one of the test helped me to see how the team was operating," said Sainz.

"And then it was my turn, and we have already shared a couple of comments about the car, about the balance, about what we need for next year."

Sainz will visit the McLaren Technology Centre before the end of the year as he continues his preparations for 2019.

As well as his own personal efforts, he said he was keen to invest time in building his relationship with members of the team.

"l'll be going home in mid-December to get a bit of a break over Christmas and New Year's Eve," said Sainz.

"Until then, still a bit of hard work to do, but we'll have some fun at the factory too.

"We're planning on doing some go-karting races with the mechanics and stuff to get to know each other."