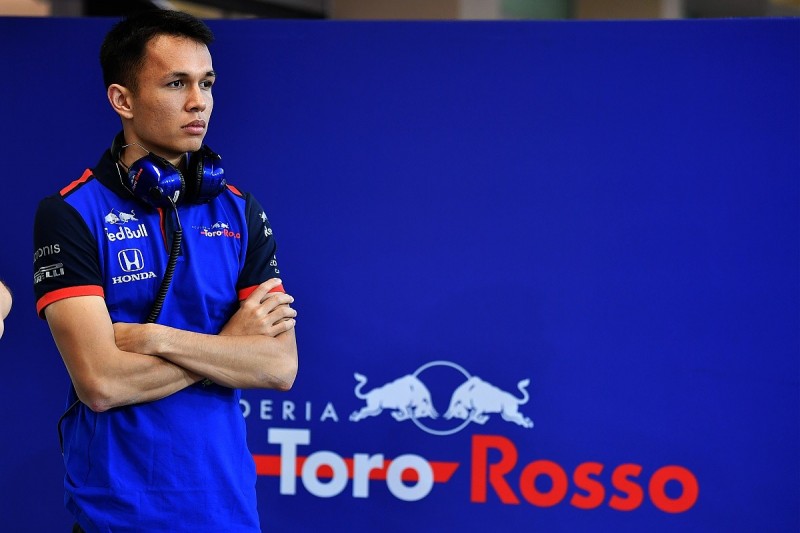 Formula 2 frontrunner Albon inked a deal to race for the Nissan e.dams team in Formula E because he initially lacked F1 options for next year, but has been able to extract himself from that deal to sign for Toro Rosso instead.

Albon was a Red Bull Junior when he made his car-racing debut in 2012 (pictured below, fourth from left) but was dropped after a tough first year in Formula Renault.

In a Red Bull interview, he said he almost quit racing entirely.

"It was a difficult year for me for numerous reasons, not least because of my results, but it made me work that much harder," said Albon.

"I was on the brink of stopping racing all together.

"Since then, I knew I had to impress every time I drove and fortunately Dr [Helmut] Marko gave me a second chance." 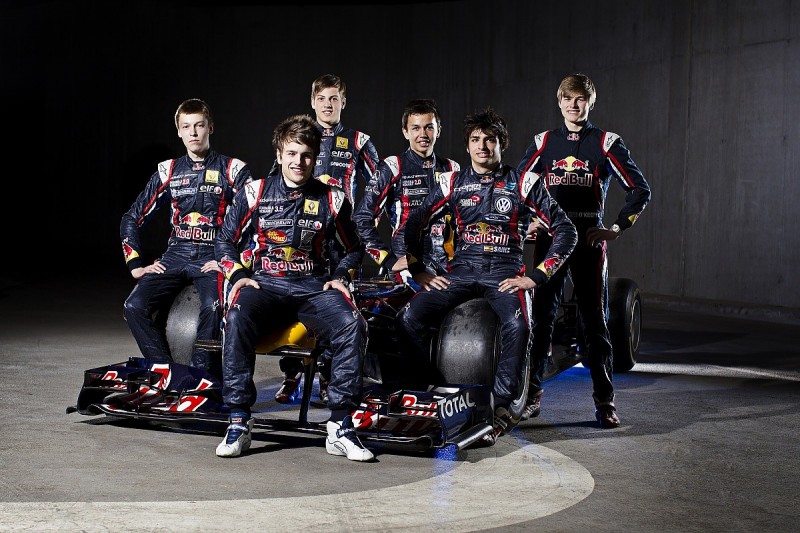 Albon was only able to race in F2 this year because of help from his DAMS team.

When Albon's F1 deal was confirmed he publicly thanked DAMS and its boss Jean-Paul Driot, who also heads up the outfit's FE arm that will run the works Nissan programme.

Albon said he knew winning over Red Bull motorsport boss Marko was his "only" shot at F1 and the British-Thai driver's run to third in F2, behind fellow 2019 F1 signings George Russell and Lando Norris, convinced Marko to re-sign him.

"I never gave up on it, I needed to believe that it could still happen," Albon said.

"Having said that, I knew that my chance of going to F1 was very slim as I didn't have a proper budget.

"In reality, the only way I was going to have the opportunity was through Toro Rosso/Red Bull, but as we all know, it is not easy to impress Dr Marko!"

Albon said he was told his Toro Rosso deal was confirmed last Monday, after the Abu Dhabi season finale, while he was shopping for a pair of trainers.

"I was beyond excited as I have waited for this moment since I was six years old," said Albon.

"I can't say that it came out of the blue, because I have been trying to resolve my situation with Nissan e.dams to allow me to join Toro Rosso for the past few months.

"I still couldn't believe that it finally happened."

Albon, who won four races in F2 this season, has not driven an F1 car before and did not join Toro Rosso for the post-Abu Dhabi Grand Prix test.

"It's more about trying to maximise each race weekend as it comes," said Albon.

"I won't have many days in the car before Melbourne, so it will be very important to be as prepared as possible and take each race as it comes.

"Of course, it would be nice to fight regularly for points and at the sharp end."