Maldonado was furious after being eliminated from Q1 and told television reporters straight after getting out of the car that something 'strange' had gone on.

"I think on my car somebody is playing with the pressures or the temperatures," he said.

But Williams chief race engineer Xevi Pujolar said that the explanation for the difference in performance between Maldonado and team-mate Valtteri Bottas was down to how the drivers had prepared the tyres out on track.

"Here everything was about the tyres," said Pujolar when asked by AUTOSPORT to explain what happened.

"And depending on how everything is happening on the out lap and how you handle the run - it can go very well or you lose it, because the grip is so low.

"In P3, the team were very close to have both cars the same, but in qualifying one car didn't achieve it. That is just how it is with the grip.

"You only need to lose a bit of confidence and then it looks much worse than it actually is. It is nothing more than that."

Pujolar, who was Maldonado's race engineer for two years, suggested that there were difference in the pressures and temperatures of the tyres between the two drivers at the start of their qualifying laps, but that was not down to anything the team had done.

"In the way they started the lap there is a difference - but not because there was a mistake. It was just how everything came together. You need to do it [the preparation] in a specific way and it didn't work out."

Despite the explanation, Maldonado still refused to believe that matters were easily explained, and did not rule out the team deliberately doing something to hamper him.

"Maybe, maybe not," he said on whether he thought there had been intentional tampering. 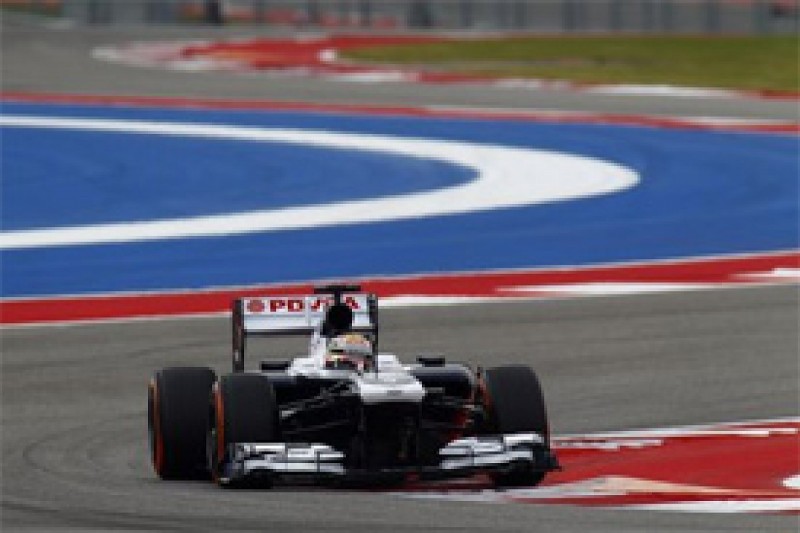 "But I've never felt something like that [from the car].

"I drove for three years in the team and never felt something like that.

"The car is undriveable. It's very clear from the onboard [cameras] and the data where and when I'm suffering a lot on the track."

Maldonado said he had no explanation for why his tyres had been so difficult to get the best from in qualifying.

"I don't know why I am slow and they haven't told me what the problem is," he said.

"The car was doing nothing, turning more one side than the other - something really difficult to know.

"They are not the typical problems we've had through the season. It is something more."

US GP: Valtteri Bottas reckons he underperformed despite Q3 spot