The Mexican was struck down with illness in the build-up to this weekend's Formula 1 race, and he believes his form has been hampered by not being at his physical best.

"I'm not so good man, I've had a virus," Perez told Autosport after qualifying ninth.

"On Thursday morning I went for a run and I was not at my normal level. I was struggling to keep up with my trainer.

"I went into my room, took a shower and then was freezing. I had my jacket on, and for the whole day I was really struggling.

"I progressed a lot on Friday but in the car, I struggled to breathe. It really took me down.

"Today, it definitely hurt me in Q3. There was nothing wrong with the car or tyres, I just couldn't repeat the lap I did in Q2.

"If I could have improved that I would have been starting P6, but I was struggling for it already in qualifying."

When asked how hard he expecting things to be in Malaysia, one of the toughest races of the year, he said: "Tomorrow is going to be a massive challenge.

"Already in qualifying I was struggling a bit. I will try to hydrate myself as best as I can.

"It is obviously not the place where you want to be sick, so it is going to be quite a race for me."

Although Perez has had one of his more difficult weekends because of illness, team-mate Esteban Ocon was overjoyed with his sixth place on the grid - just six tenths behind Red Bull's Daniel Ricciardo. 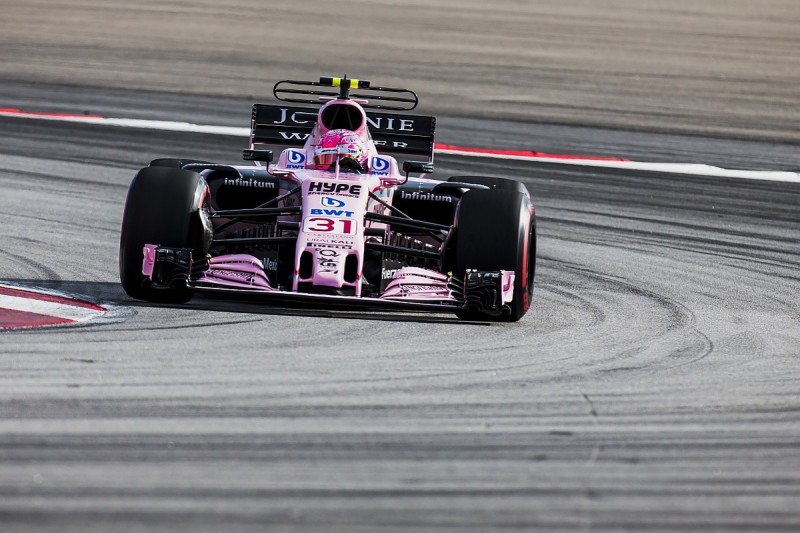 While it was not as good a result on paper at his fifth place at Monza, Ocon reckoned the showing here was stronger than in Italy.

"On pure performance, definitely," he said. "Putting the car down this weekend, straight away, it was a very, very good car, near where it needed to be.

"After a difficult weekend like Singapore where we were struggling, we had a good week of analysis and we come here and the car works straight away. It is a very nice feeling.

"We just kept adjusting it to improve it until qualifying, and we didn't make a step back."

Ocon suggested that the Malaysia race could provide the chance to take the maiden F1 podium he is chasing.

"Let's see where we are and I don't want to speak too early," he said.

"Let's get a good start, good Turn 1/Turn 2 and from there, build a strong race.

"Of course, I want my podium before the end of the season - but if I cannot get it then big points will be the target."