Grosjean will take a three-place grid demotion at the Monaco GP as a punishment for triggering the first-lap pile-up in Spain that took out his Haas, Nico Hulkenberg's Renault and Pierre Gasly's Toro Rosso.

The stewards criticised Grosjean's decision to accelerate when he began spinning at Barcelona's Turn 3, feeling he could have kept his car on the outside of the track rather than looping into the path of the rest of the field.

Steiner said the penalty was like "kicking a guy in the face when he's on his knees" and felt Grosjean had been treated more harshly than other drivers would have been.

"He tried to get out of the way," Steiner argued.

"He said: 'I had the decision to make: do I stand still or do I go through?' And he went through and he knocked two [cars] out.

"If he had stood still, we don't know, maybe he would have knocked five out.

"It's never a good place to be, in the middle, whatever you do - that's my point of view.

"For me it's a start incident - whatever you do, afterwards it will be wrong.

"He didn't do anything stupid at the start. It's not that he tried to overtake, or brake late, or that he understeered into anybody.

"His car spun around and, yes, it doesn't look good if someone accelerates when you're in the middle of the track, but it's a millisecond decision that he needed to take.

"I feel sorry for them [Gasly and Hulkenberg] that they got taken out, but he wasn't trying an overtaking manoeuvre.

"In the moment his reputation is not the highest one. He's an easy target." 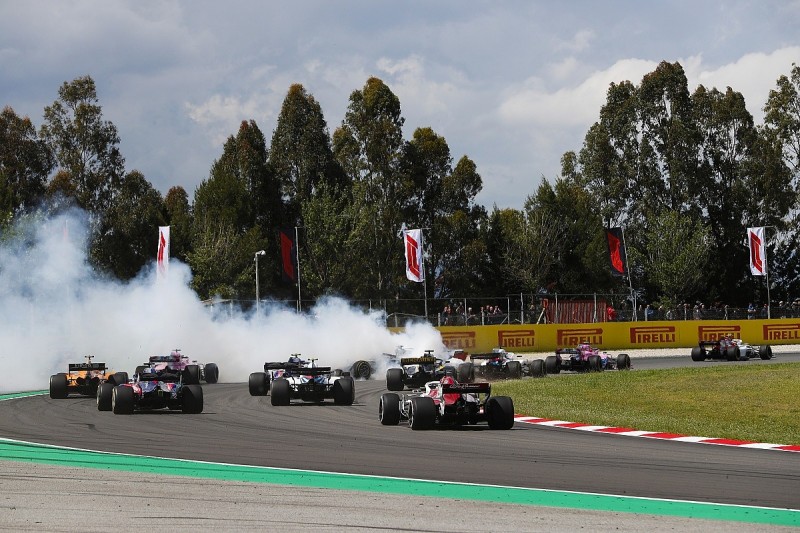 The incident followed Grosjean crashing while trying to warm his tyres behind the safety when running sixth in the preceding Azerbaijan GP, and extended his non-scoring run to nine races.

"I went to see him immediately because I could imagine how he feels - not good, obviously," Steiner added.

"I always say it's not how you got down, it's how you get up again. He just needs to keep working at it and he'll get back.

"We need to help him. I said to him, 'I cannot blame you for this. You tried to get the best start you could, it didn't work out, move on. Focus on Monte Carlo, we know you're strong there, just try to do your best.'

"He's suffering but he just needs to get back on the horse and get going again."