Yuki Tsunoda’s taped-up rear wing in Baku caused an “overreaction” from the FIA over the use of black and orange flags in Formula 1, according to FIA technical chief Nikolas Tombazis.

Following this year's United States Grand Prix, the FIA took action to change its approach to using black and orange flags - used to instruct a driver to pit when their car is damaged - after complaints from Haas, which felt it had been unfairly penalised earlier in the season.

Haas drivers were told to pit on three occasions in 2022 due to loose front wing endplates, despite the team feeling the car was still safe and not posing any risk. That prompted Haas to launch a protest against Fernando Alonso’s car in Austin, which raced with a loose rear view mirror that eventually fell off due to accident damage.

The FIA is set to reduce its use of the black and orange flag moving forward as a result, with its technical chief, Tombazis, accepting there had been an overreaction.

“Our assessment was, having analysed the situation, that we overreacted a bit.”

Tombazis explained this dated back to the Azerbaijan Grand Prix in June, when the black and orange flag was shown to AlphaTauri driver Tsunoda after the DRS flap on his rear wing failed.

The team brought Tsunoda into the pits, only to repair the car by taping the wing up so it would not come loose before sending the AT03 car back out.

“We had a situation in Baku where objectively a car was allowed to run with damage that really a car should not be running with,” said Tombazis.

“That was one of the AlphaTauris, with rear wing damage that was taped up or something like that. That was ridiculous. Clearly there, we got it wrong.

“I think then that created a bit of an overreaction where we started deeming cars unsafe even when they were a bit on the limit, let’s say. So we went a bit too far in one direction.

“I think we took some corrective action after the US.” 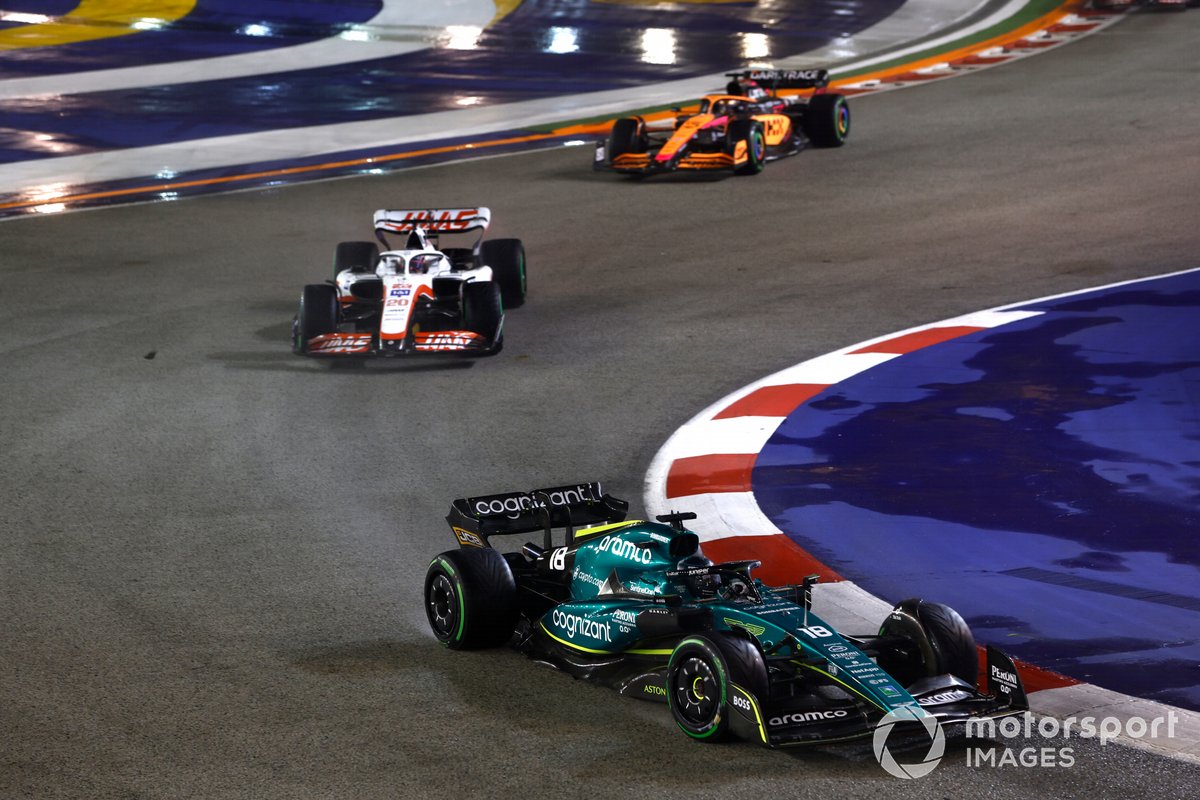 Kevin Magnussen was called into the pits in Singapore with a loose front wing endplate.

The black and orange flag issue was still one that Haas wanted answers on come the end of the season, with the actions of race control coming under scrutiny throughout the year.

Tombazis said it was difficult to quantify what classified a car as being damaged enough to warrant a black and orange flag, but that teams would make the right call “in 99% of the cases” and pit their cars.

“That removes any need for intervention on our side, because teams are by and large quite responsible on that,” he said.

“But we would not show a black and orange flag in a situation like a wobbly front end plate, for example. Now if front wing damage from contact is such that we see that the various flap elements are actually wobbling in relation to each other, then that is something we would consider to be dangerous.

“But by and large, the teams have the flap adjustment mechanism sort of about 100mm for the inboard of the endplate, and usually when they do come into contact, what breaks on the outside still leaves the rest of the wing when it impacts.”