Yuki Tsunoda says his AlphaTauri Formula 1 car was feeling “really nervous” through the Hungaroring's high-speed corners on Friday prior to his crash during opening Hungarian Grand Prix practice.

The Japanese rookie spun out and crashed at the high-speed left-hander at Turn 4 with 15 minutes remaining in FP1, hitting the barrier with the rear of his AlphaTauri car.

While Tsunoda was able to walk away from the crash, the rear of his car was left with significant damage that meant his crew was busy completing repairs for much of the afternoon.

It limited Tsunoda to just a single timed lap at the very end of FP2, leaving the 21-year-old on the back foot heading into Saturday’s running.

Tsunoda took full blame for the error, and praised his mechanics for doing a “really good job” to complete the repairs so he could get out for even one lap in second practice.

“I think at that point, the car feels really nervous, especially the rear, in high-speed corners,” Tsunoda said when asked to explain what happened in the crash.

“I’m losing compared to my team-mate, just in high-speed corners. Most of the corners were quite OK. Some corners I was gaining. But just in two corners, I was losing a lot in high-speed.

“I tried to improve myself and went into the wall. Still, I shouldn’t do that. Almost already one and a half sessions [are] completely gone. I have to learn from it.” 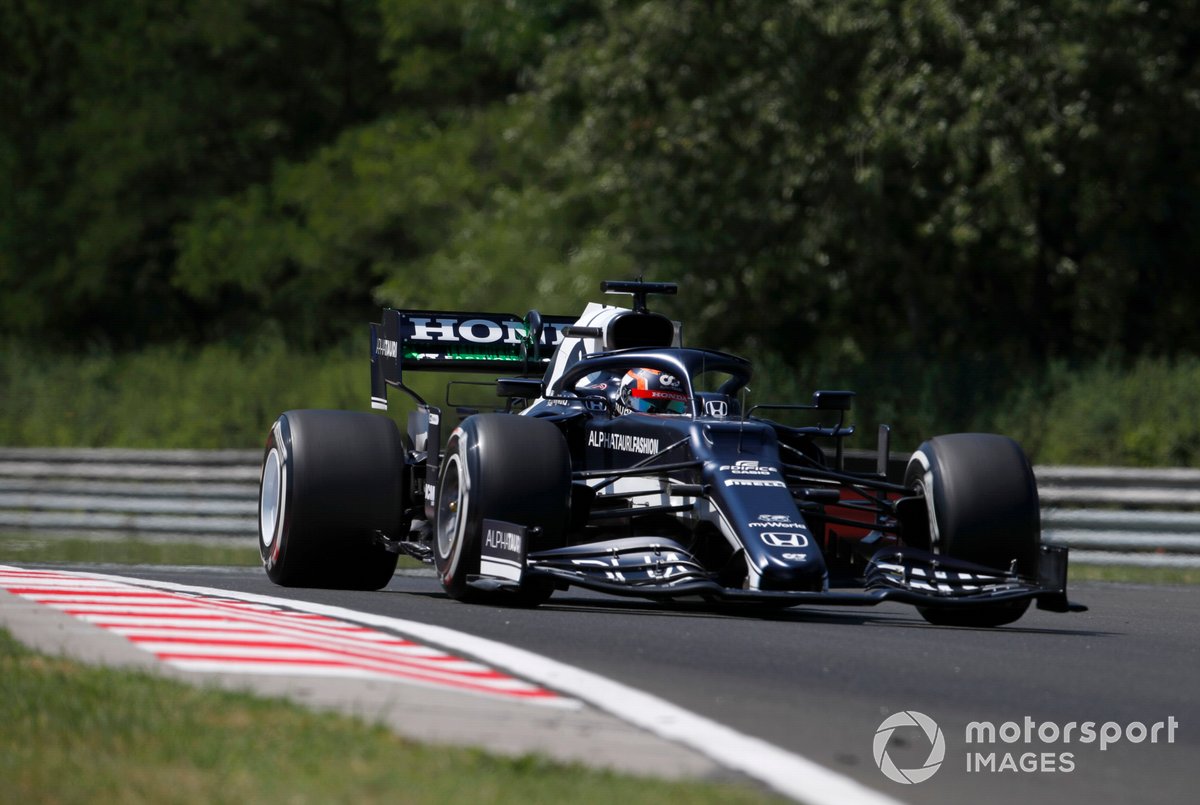 Tsunoda has been involved in some similar crashes so far this year as he continues to get up to speed during his debut season, having previously spun out of qualifying at Imola, Baku and Paul Ricard.

AlphaTauri team boss Franz Tost said the rear of the car was “damaged quite heavily” and that repairs “took more time than we originally thought”.

“Of course it’s a big disadvantage now for him, because he misses one hour of running,” Tost said.

“Especially here in Budapest, the track conditions are also changing. It was a very high track temperature in the afternoon, it will be the same or similar during the race.

“Therefore everything you can get in experience will help you in the race. And of course, as he was not running, this is reducing his performance.”

Tost felt that Tsunoda was sometimes being “a little too motivated” heading into sessions and not building up his pace gradually.

“We must not forget that he was here out today for the first time in a Formula 1 car,” Tost said.

“If you look to his lap times, at the beginning in FP1, he was very, very fast. Now afterwards, maybe he was a little bit too fast.

“I said to him, it’s better to be in FP1 a little bit slower and to do many laps, because every lap helps you to increase your technical understanding and your experience.”