'True McLaren' returned to F1 at US Grand Prix

The "true McLaren" returned to action in the United States Grand Prix, according to the Formula 1 team's race director Eric Boullier

McLaren endured a miserable race at Honda's home event in Japan a fortnight ago, with Fernando Alonso and Jenson Button finishing a lap down in 16th and 18th respectively, leading to the former describing it as "a nasty surprise".

At Austin Alonso matched McLaren's best result since his and Honda's return with fifth, while Button was ninth.

"The performance of our car was the same [as in Japan], but compared to others we are losing a little in the high-speed corners," Boullier told Autosport.

"We are strong in the low-speed corners, but in the high-speed, no.

"In Japan we didn't get a good balance for qualifying, we didn't qualify well, and in the race we got stuck behind people.

"We did not overtake one single car, so we got stuck at the back of the field. 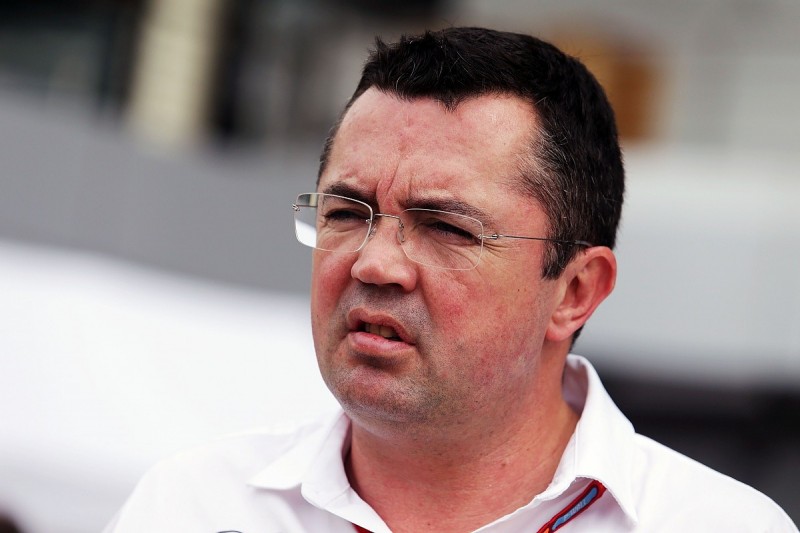 "In Austin we were back to normal, and showed when we have the opportunity we are there, and we passed many cars.

"What you saw was more the true McLaren, and if you look back over the last four or five races, this is where we are. Japan was just one glitch."

Boullier has stated the team will not try to address its high-speed corner weakness this season, as its focus is now on the regulation changes for 2017.

"It's not worth it. We just need to understand how to be strong next year in every kind of corner," added Boullier.

"But at least this [race] is a positive step for us towards ending the season strongly going into '17."

Boullier accepted that Alonso's fifth place was was not an accurate reflection of where McLaren stands in the current pecking order.

During the race there were retirements for Ferrari's Kimi Raikkonen, Max Verstappen in his Red Bull, as well as Force India's Nico Hulkenberg, while a lap-one puncture for Valtteri Bottas in his Williams resulted in him finishing 16th.

"We have to be realistic because our position on merit is eighth, ninth, that's where we should be," added Boullier.

"Unlike in Japan, both had a good start, a very good first lap, and were very good on tyres throughout the race."

Why McLaren and Ferrari have a long way to go