Kvyat's Toro Rosso clashed with the Force India while trying to pass Perez under braking at the Turn 11 hairpin on the first lap of the Austin F1 race.

The contact spun Perez around, and the Mexican called Kvyat a "fucking idiot" over team radio for making the move.

Kvyat was penalised 10s for causing the collision, but feels Perez was in breach of fresh driving standards guidelines issued during the race weekend, which said drivers would be reported to the stewards for overly-aggressive defensive driving.

The Russian felt Perez was guilty of this in their incident, as the Force India came across to the inside line to defend position.

"They changed the rule - you cannot change [line] under braking and in my view he did that," Kvyat said.

"I didn't expect this harsh penalty. He was defending harshly and we paid the price for it.

"He moved maybe 10 metres in front of me and we got spun out. His race is ruined, my race is ruined as well, but don't create a rule if you don't enforce that.

"I want some clarifications because this rule isn't clear to me at the moment.

"It looked like a very aggressive defending move, but it would've been OK [under the old rules].

"I will have to watch back the videos carefully but that is my initial feeling.

"I will speak with Charlie, and maybe I will change my viewpoint because Charlie always has good explanations so let's see." 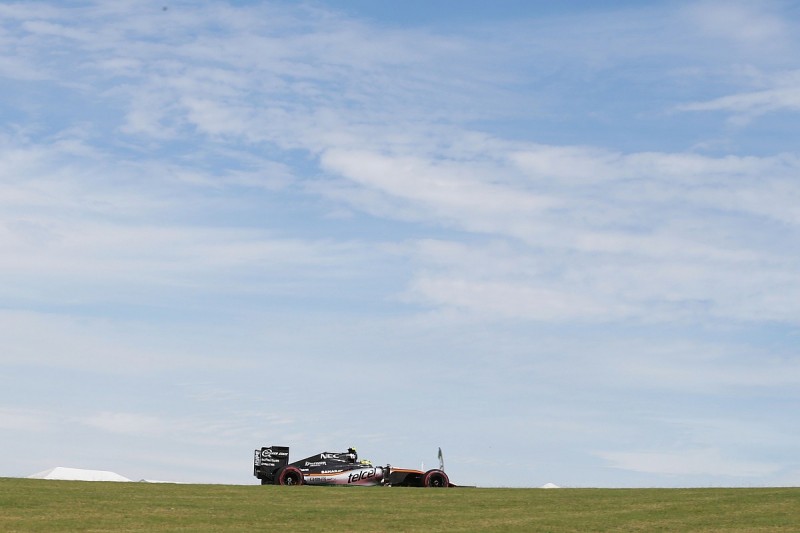 Kvyat said he was "in control" of his own car during the incident, but Perez disagreed.

"I was hit hard from the rear under braking by Kvyat, who made a mistake and came in with no control," said Perez, who eventually finished eighth.

"All of a sudden I was effectively in last place and with a badly-damaged car.

"It was a difficult recovery, but step by step we got back into the points and in the end we didn't get a bad result."

Why McLaren and Ferrari have a long way to go