Toro Rosso expects to be towards the front of the 2017 Formula 1 midfield pack, judging by the potential of its new STR12 in the first test

Although STR team had some difficulties with reliability of the new Renault engine at Barcelona this week, both Carlos Sainz Jr and Daniil Kvyat were encouraged by the performance of the chassis itself.

Team principal Franz Tost has faith Renault's problems can be solved and expects his cars to fare high in the pack chasing frontrunners Mercedes, Red Bull and Ferrari.

"We don't know how much fuel all the other teams are running, but I am optimistic that Toro Rosso will be in the front part of this midfield," said Tost.

"This week about our car: it looks good, it looks fast, and the drivers are doing a good job.

"If we get everything under control from the technical side, I am convinced we can achieve our goal." 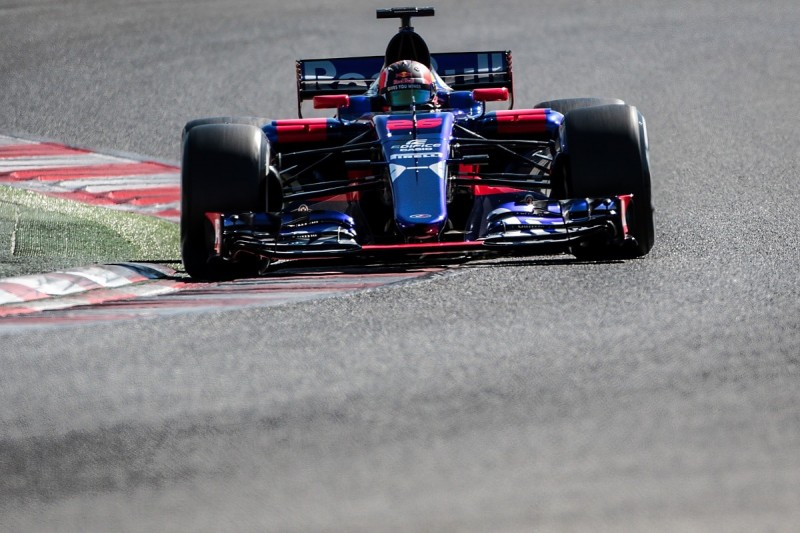 Toro Rosso technical director James Key believes the midfield contest would be especially close this year, with a number of teams having shown strongly in the first test.

Asked who he saw as Toro Rosso's main rivals, Key cited Haas and Renault and said it was "difficult to tell" where Williams and Force India stood.

"I think Haas looks quite reasonable," he replied.

"We have to see how that develops next week and into Melbourne. But they have done a good job.

"Renault - it could be tight with them, we have to see.

"They look on balance more competitive than they did last year."

When asked whether it was significant that he had not mentioned McLaren and Sauber, Key said: "No disrespect to them but you asked me to pinpoint who I thought was good...

"I don't think we can tell from either of those two teams at this stage.

"I guess McLaren, like us, have had the dramas this week.

"Clearly they haven't put in a full programme at this stage so I don't think it is easy to comment, but I am sure everyone is very fast..."