Hartley's suspension failed at the end of the Wellington straight on his first run in FP3, pitching him into the barriers at Brooklands.

Although the team was running a new specification suspension part on the STR13 at Silverstone, it was not directly associated with the component that failed, which was from the original spec.

As a precaution, Pierre Gasly reverted to the complete older spec for qualifying and race and had no problems.

A spare chassis was built up for Hartley for Sunday, also with old-spec suspension, but a systems issue before the start meant that he completed only one lap before retiring.

"The component that we had the issue with was not a new spec," technical director James Key told Autosport.

"As a precaution we went back to a previous spec of one part, even though it wasn't associated with the failure that we had." 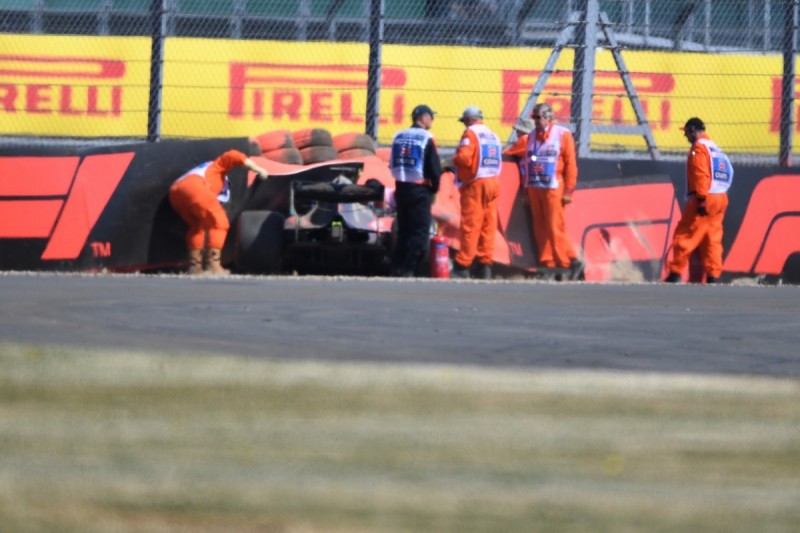 Key said the failure had come as a complete surprise to the team.

"It is still being investigated and understood," he added. "We've never had any issues at all, certainly not of that nature.

"We did nine races without any problems. Yes, we had some trackrod damage in Austria, but most people damaged their cars, and we had a particularly horrible thump on one of those kerbs.

"We haven't seen anything like that, all the loads that were going through the front left suspension were well within the loads that it was designed for.

"It had been serviced and quality control checked, proof tested, and everything was fine.

"So it's rather odd that we suddenly suffered an issue with a part that was perfectly normal, as far as we could see. We need to establish whether there was some damage to it."

Pieces of debris retrieved after Hartley's crash are now being examined: "They've been sent back to the factory, they've all been quarantined, they will go through a forensic examination so we can work out what is the impact damage, what is potential failure, [look for] clues to how a failure could have occurred.

"And we have various options to address any possible outcomes.

"We did a race with Pierre for 52 laps without any problems whatsoever, so it feels like a one-off, due to a set of circumstances that we need to understand, although you can never make assumptions like that.

"Brendon was extremely unfortunate, it was obviously nothing to do with him, but it very negatively affected his whole weekend."

Key added that the systems issue Hartley suffered at the start was a "knock-on effect" of Toro Rosso having to rebuild the car overnight.

Why F1's new engine rules are in trouble