Gasly and team-mate Brendon Hartley were dumped out of Q1 in China and collided during the race while attempting to trade places near the foot of the order.

Toro Rosso had expected to fare worse at Shanghai than at Sakhir, partly because the Chinese's track long back straight exposes Honda's weaker energy recovery systems compared to its rivals.

Gasly thought the team could close its deficit to the midfield leaders after Friday practice but said it "lost massive pace" ahead of qualifying and carried that into the race.

"A tough, tough weekend overall," was Gasly's verdict. "We didn't have the pace compared to our main competitors.

"We need to understand why we lost so much performance in just a week. We have a lot of things to analyse.

"We tried a different set-up and clearly that's not the right direction to go.

"At least we know it, but I think we need to go more in details and a bit more deeply."

Gasly said the cooler conditions in China, where a 15C ambient temperature in qualifying was half that of Bahrain the previous weekend, were not to blame.

He pointed out that it was several degrees warmer for the race on Sunday and "still with the mediums was very difficult". 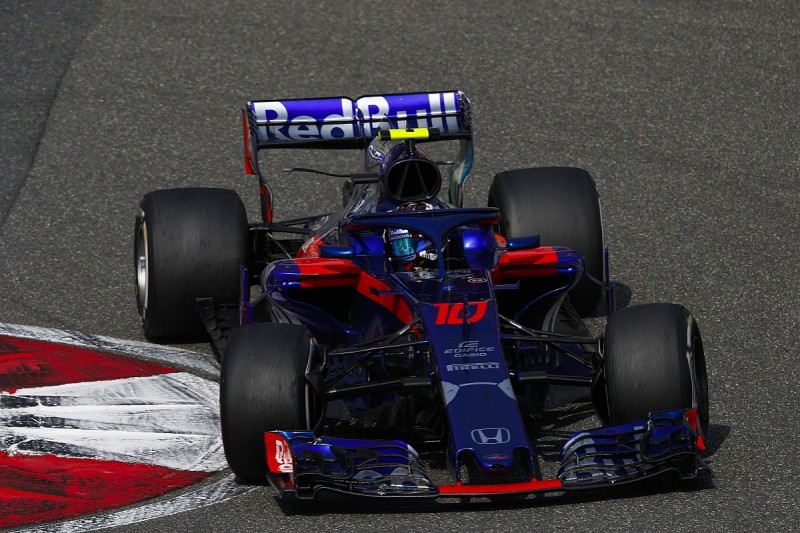 "The balance clearly wasn't as good as it used to be," he added.

"I think it's more maybe the track itself didn't suit with the long corners, long traction [zones]."

Toro Rosso's performance in China was similar to its tough opening weekend in Australia, where both drivers were knocked out in Q1 and ran near the back before facing separate problems.

Asked to explain Toro Rosso's struggles compared to Bahrain, Hartley said: "One, it is a bit windier. We know it is the same for everyone, but it affects everyone differently.

"Two, the style of track is very different, so now we need to understand why with longer corners, longer entry and exit phases, we didn't have the pace.

"In Bahrain with hotter, less windy conditions on more a stop-start track we were much faster.

"That is our goal: now to understand why we were [worse] from one weekend to the next."

Is the Mercedes era really over?