The Chinese Grand Prix winner's contract is up at the end of the 2018 F1 season, and he is an obvious candidate for both Ferrari and Mercedes if either chooses to replace one of its current drivers.

While Red Bull's speed and strategic brilliance to help Ricciardo win at China on Sunday will have boosted its chances of retaining him for next year, Ricciardo says things are not yet so clear cut.

Speaking in an appearance on 'The Project' on Australia's Channel 10 on Tuesday, Ricciardo was clear that he wanted to see more potential from Red Bull.

"I definitely want to be with the best car," he said.

"I think the weekend proved that if I've got the opportunity to win I can pull it off. I can handle that pressure and that intensity.

"If we can win a few more with Red Bull now then that looks very attractive.

"If not, then I guess there are probably other options."

Pushed on whether he would view Red Bull as not good enough if it did not lift its game, Ricciardo replied: "Yeah. I said it from the start. The win helps, but if we were finishing sixth every race this year then that is not the most attractive option to me." 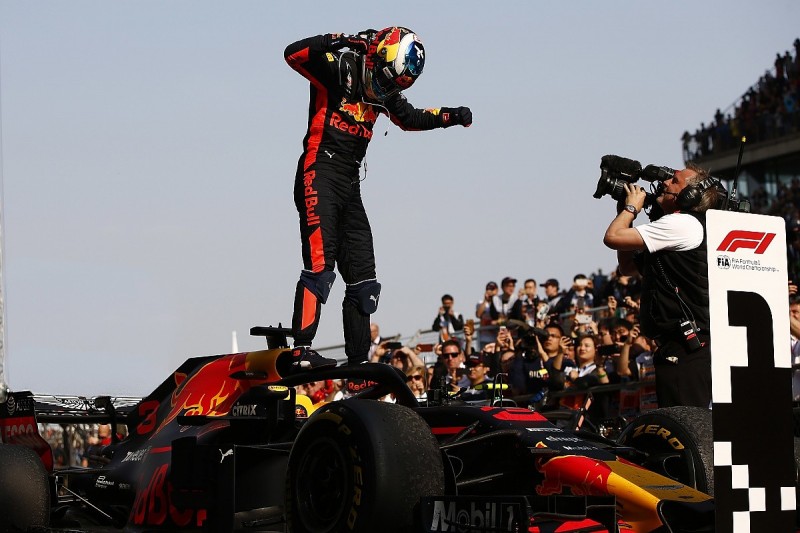 Red Bull boss Christian Horner said after the Chinese GP that it was up to his team to provide a winning car if it wanted to keep Ricciardo.

But he cheekily suggested that his driver should also consider factors such as team atmosphere, which he suggests may not be as good at other outfits.

"If you look at Kimi's race, I didn't understand that strategy," said Horner.

"I think Daniel's happy in the environment. If we can provide a car like we did [in China], why would he want to be anywhere else?"

Ricciardo's success in China has brought him to within 17 points of world championship leader Vettel, but he reckons it is "too early" to claim any confidence about a title challenge after just one win.

"We need to win regularly to kind of show that," he said.

"But if we come out and win again in two weeks in Baku then I will probably say yes."