Fans are now able to book tickets to the Formula 1 calendar’s most iconic race, which is set to return for the new season in 2023.

There were concerns within the Formula 1 community that the race – which is set to celebrate its 80th running in 2023 – was at risk of being omitted from future seasons.

But tradition has prevailed and the Monte Carlo street circuit, renowned as one of the most challenging and unique in the world of motorsport, will run until at least 2025.

Grandstand and general admission tickets for 2023 are available to book now via Motorsport Tickets.

The race returns off the back of an exciting grand prix in May this year. While qualifying is renowned for being key to success in Monaco, a downpour before the race saw all drivers gambling to take advantage of the tricky conditions resulting in an enthralling race.

Home hero Charles Leclerc scored his second pole position around his home streets, but once again failed to reach the podium. Sergio Perez took the victory and having also recorded wins around the streets of Baku and Singapore since joining Red Bull, he is quickly garnering a reputation as king of the street circuits.

Monaco is renowned as one of the toughest tracks to overtake on owing to how tight the streets are. But the iconic nature of the track – which passes along the glamorous marina, past the world-famous casino, and through the famous Swimming Pool chicanes – makes it a bucket list race for motorsport fans. 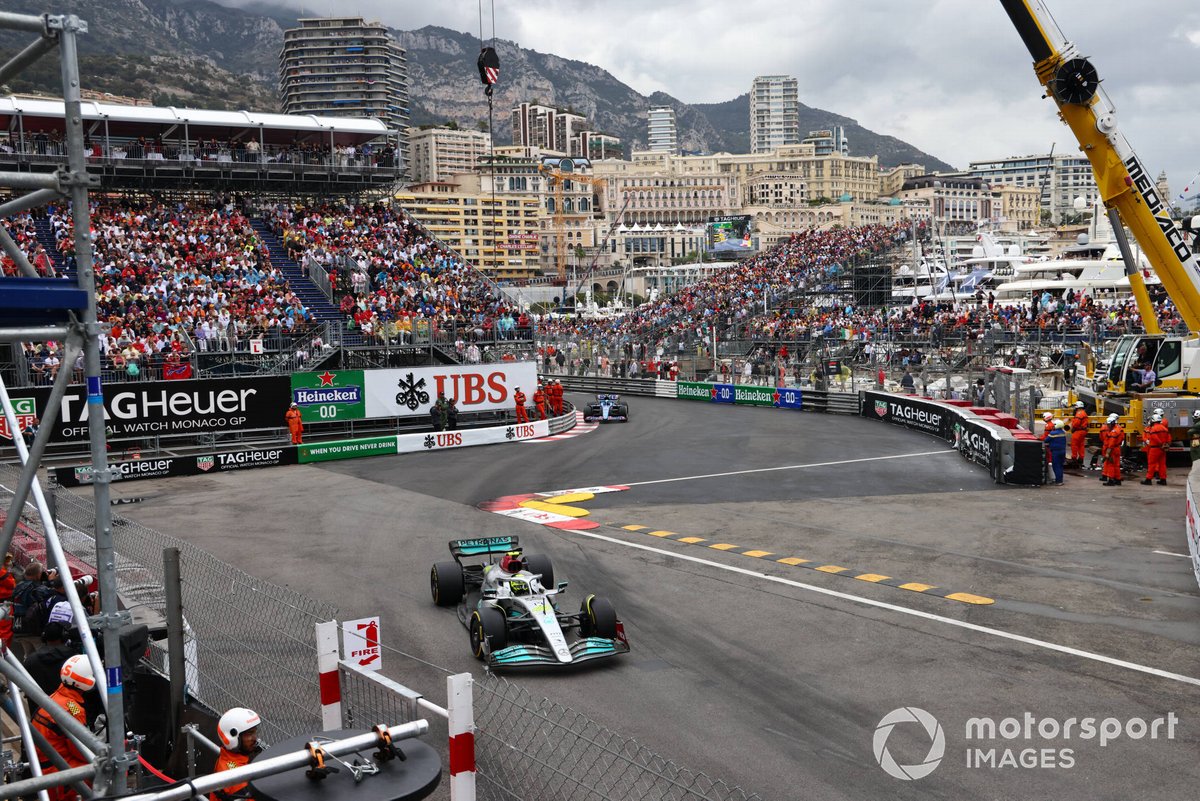 Naturally, it has hosted some of the sport’s most dramatic grands prix since the championship’s inception. In 1955, Alberto Ascari ended up in the harbour with his Lancia D50 having pushed too hard for the win.

Whereas in 1996, an epic wet-to-dry race saw Olivier Panis cross the line as the first of only three finishers in the ultimate race of attrition.

Fans attending the race can always expect the unexpected when heading to Monaco, but they can always be assured of an electric atmosphere and great views of the circuit. Grandstands across the track give access to vantage points overlooking the dramatic turn one at Sainte Devote, the supremely quick Tabac corner, or the slow-but-iconic Rascasse turn.

After the race, Monaco lets its hair down. Teams, drivers and fans alike have been known to celebrate together on legendary nights at parties such as Amber Lounge’s exclusive offering. But if that’s not your scene, a quick train back to Nice provides sun, sea, and sand to shake off the weekend’s festivities.

Tickets for the 2023 Monaco Formula 1 Grand Prix are now on sale with Motorsport Tickets. Click here to view grandstand and general admission options and book your spot.