George Russell believes some “pretty brutal” emotional moments in Formula 1 over the past two years have helped to mould him into a stronger driver ahead of his Mercedes move.

Russell has stepped up to a full-time Mercedes F1 seat for the coming season after spending the last three years racing for the customer Williams squad.

Russell’s performances at Williams won him widespread acclaim throughout the F1 paddock, and convinced Mercedes to partner him with Lewis Hamilton five years after joining its junior programme.

PLUS: How Russell sees his place in the Mercedes-Hamilton F1 superteam

While performances in Hungary, Belgium and Russia served as high points of Russell’s season in 2021, the points breakthrough for Williams came after some bitter missed opportunities in the preceding two years since joining the team in 2019.

Discussing his development through his three-year stint at Williams, Russell spoke of the importance of moving on from setbacks quickly, saying there were a few moments that “stuck out”.

Russell picked the 2020 Tuscan Grand Prix at Mugello as a race that “probably went under the radar to a lot of people” after he dropped out of the points late on. It would have been his first F1 points finish, and Williams’s first since Germany 2019.

"We made a really strong start, and then there was the incident, and I was actually running in the points for the majority of the race,” Russell said in a roundtable interview including Autosport at the end of last year.

“I think I was in P10 for the majority of the time. And then [Charles] Leclerc has to pit for some reason, he wasn’t catching up, so I was in P9 during the red flag for [Lance] Stroll’s incident. 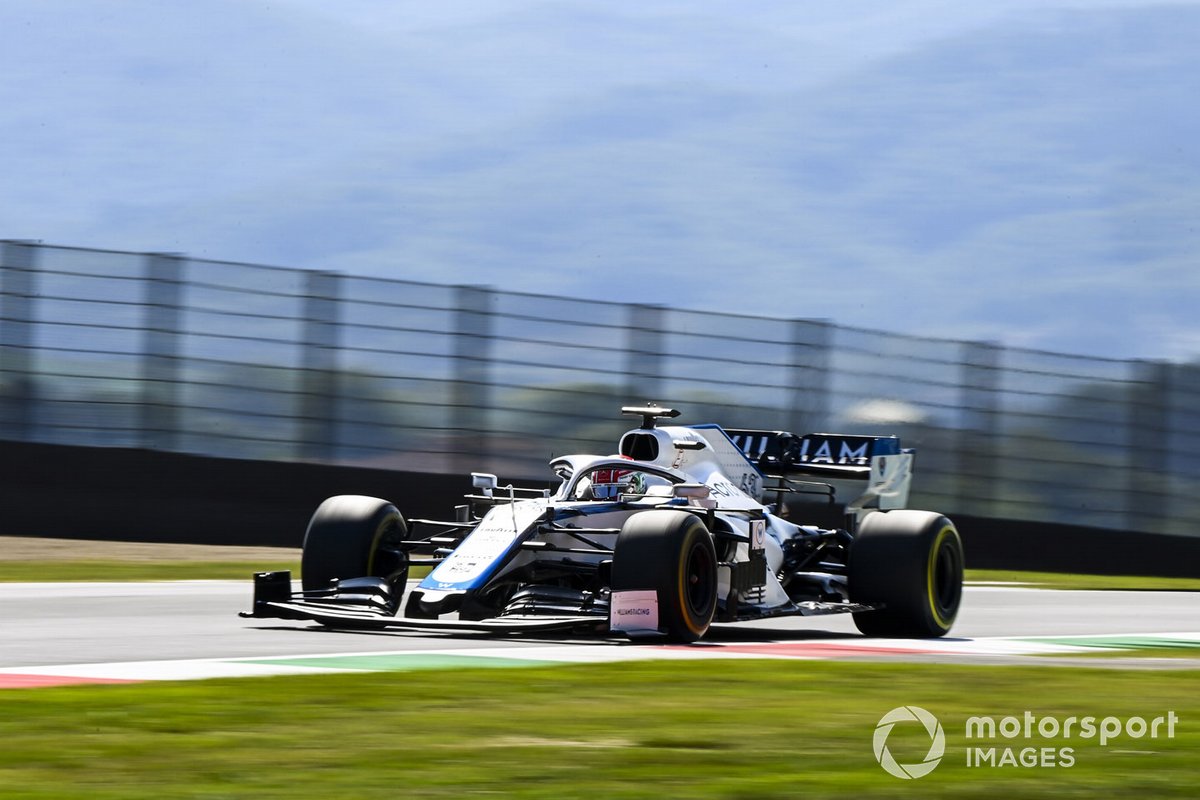 Russell was shuffled back at the third start of the 2020 Mugello race, missing out on his first F1 points finish

“It was our one chance. That was a really tough one after that race.”

Russell also picked out the Emilia Romagna Grand Prix at Imola in 2020 as another tough moment “for obvious reasons”, having crashed out behind the safety car when running 10th.

Following Hamilton’s positive test for COVID-19 ahead of the Sakhir Grand Prix in December 2020, Russell was handed the chance to step up to the senior Mercedes team and prove himself in front-running machinery.

Russell qualified second and was dominating the race before a strategy miscue by Mercedes and a late puncture denied him a likely victory. He reflected on it as being an “emotional rollercoaster”.

"Everything that went on that week, the spotlight being shone on me, the constant scrutiny on how I’m performing, the amount of work that has gone in just to get the seat fixed and learn all of their procedures, working with the engineers getting buttons on the steering wheel, understanding the car - that was a hell of a lot of be going through," Russell said.

“That was draining just in itself, and obviously the race all looked pretty hunky dory and everything was under control at one point. For it to just all disappear was pretty difficult.”

Finally, Russell highlighted his second crash at Imola in the 2021 race - when he collided with Valtteri Bottas while fighting for ninth place - as another big moment he had to recover from. 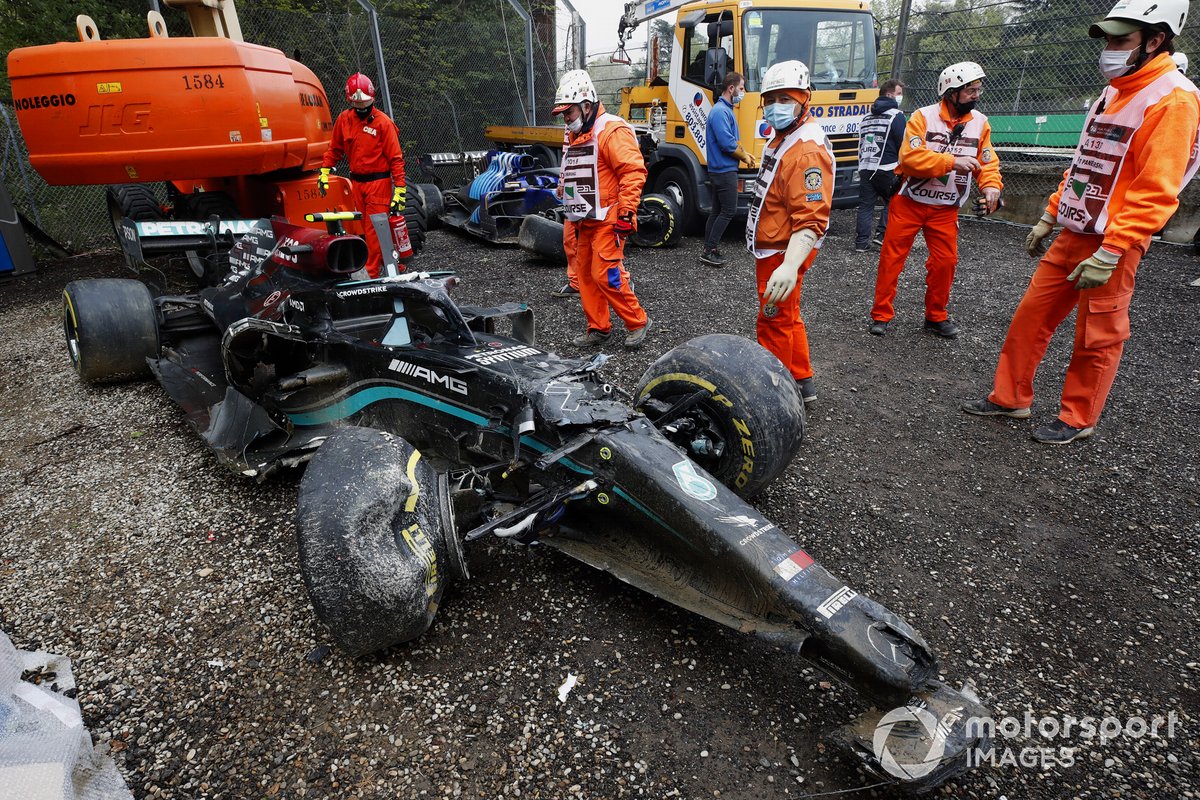 “These are the four moments in my three years that stick out to me that were pretty brutal emotionally,” Russell said.

“It was just learning how to deal with that. I look back on Bahrain with no frustration or no hard feelings.

“It’s something that I guess has moulded me into a stronger driver.”

Russell would ultimately secure his first points for Williams in Hungary last year after the team capitalised on chaos at the start and a race of attrition to get both cars in the top 10.

PLUS: The jubilation and sorrow Williams experienced in its 2021 F1 recovery

After finishing eighth in Hungary, Russell would stand on the podium in Belgium after a stunning qualifying lap secured him second on the grid that would be maintained under the two laps completed behind the safety car.

Further points followed for Russell in Italy and Russia, giving him a final total of 16 for the season to mark the most successful year for a Williams driver since 2017 and help the team finish eighth in the constructors’ championship.