At the end of a long triple-header, the Formula 1 drivers faced an added challenge last weekend as they visited a brand new track in Qatar.

Without the normal amount of data to analyse from previous races, drivers were unsure what to expect from the Losail International Circuit - but it ended up being a familiar result as Lewis Hamilton scored his seventh win of the season and cut down Max Verstappen’s championship lead.

But it was Fernando Alonso who completed the podium after Alpine pulled off a risky one-stop strategy to give the two-time world champion his best result since returning to F1.

The lack of previous running around the smooth, fast-flowing Losail track meant teams faced some big strategy curveballs. The high-speed corners meant a great amount of load was being placed through the tyres, making a one-stop strategy risky - something that would later become clear as four different drivers suffered tyre failures.

Verstappen started seventh on the grid after he was penalised for not slowing for yellow flags in qualifying, but fought his way back up to second place within five laps.

Hamilton was already four seconds clear by this point. He extended his lead through the first stint as Mercedes made its pace advantage clear, and Verstappen struggled with some front wing endplate damage picked up from one of the kerbs. 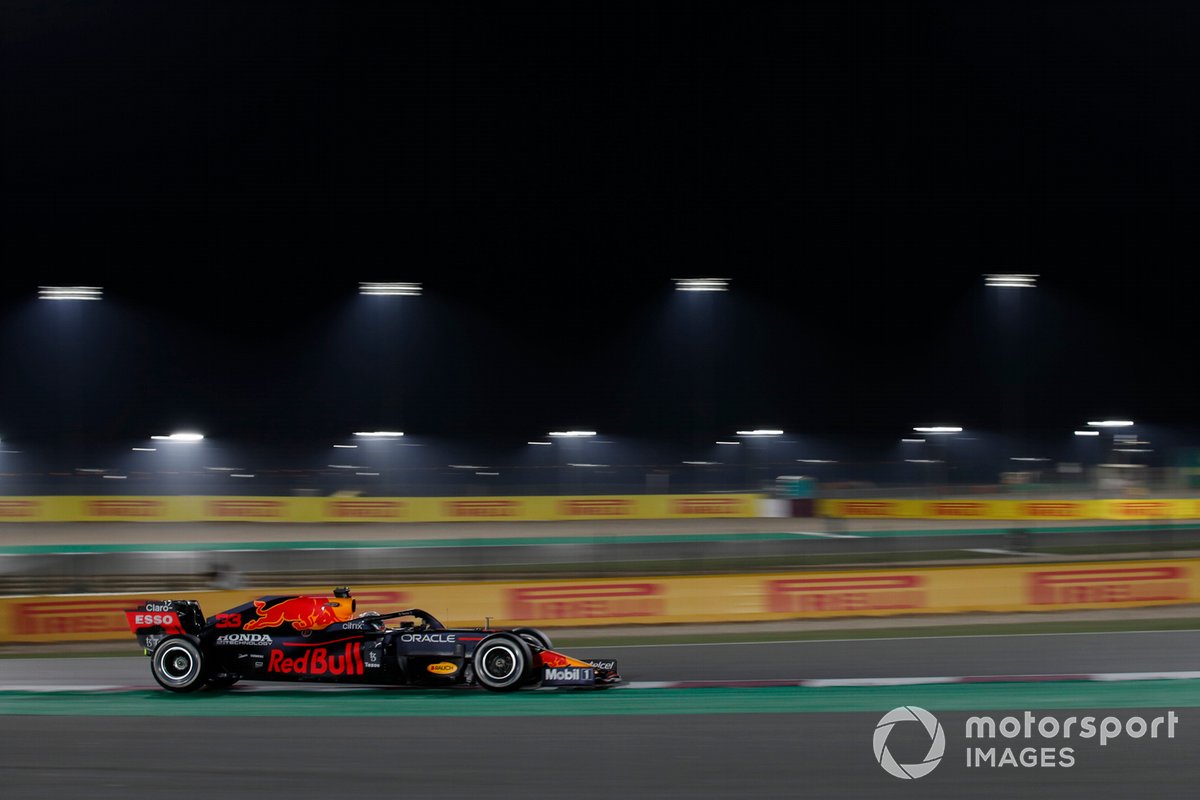 It meant Red Bull had to think outside of the box to stand any chance of beating Hamilton. Verstappen was called into the pits on lap 17 for hard tyres, which was early to think about a one-stop strategy, but tyre degradation was proving much lower than expected, making it a possibility.

Mercedes responded one lap later to cover Verstappen off, putting Hamilton on the same strategy. Hamilton told his team it was “definitely way too early to stop”, but got his head down and continued to build the gap to Verstappen.

Behind the lead duo, an enthralling fight for third place was unfolding as their team-mates, Sergio Perez and Valtteri Bottas, fought their way back up the order and tried to catch Alonso, who was chasing his first podium in over seven years.

Perez tried to get the undercut on Alonso by pitting early, but was dropped into traffic, meaning the Alpine driver stayed ahead after completing his pit stop on lap 23. Bottas was going for a long stint on the mediums to try and open up a tyre delta that would set him up for a late charge - only for drama to then strike the Mercedes driver.

The first of four punctures in the race hit on lap 34 when Bottas lost his front-left tyre without any warning. As it was early in the lap, he had a long way to crawl back to the pits, ending his hopes of a podium. Mercedes sent him back out, but would later retire the car due to damage sustained.

It sounded alarm bells for the front-runners, who didn’t want to risk a similar issue. Verstappen pitted on Lap 41 before Hamilton came in one lap later, again covering his rival. Both took a set of mediums that would easily see them to the end of the race. Verstappen would later make a third stop so he could set the fastest lap, getting the bonus point to mean he is eight points clear of Hamilton with two races to go.

Red Bull also pitted Perez on the same lap as Verstappen. The Mexican driver immediately questioned the decision, fearing the team may have thrown away an easy podium as Alonso and Alpine tried to make a one-stop strategy work. 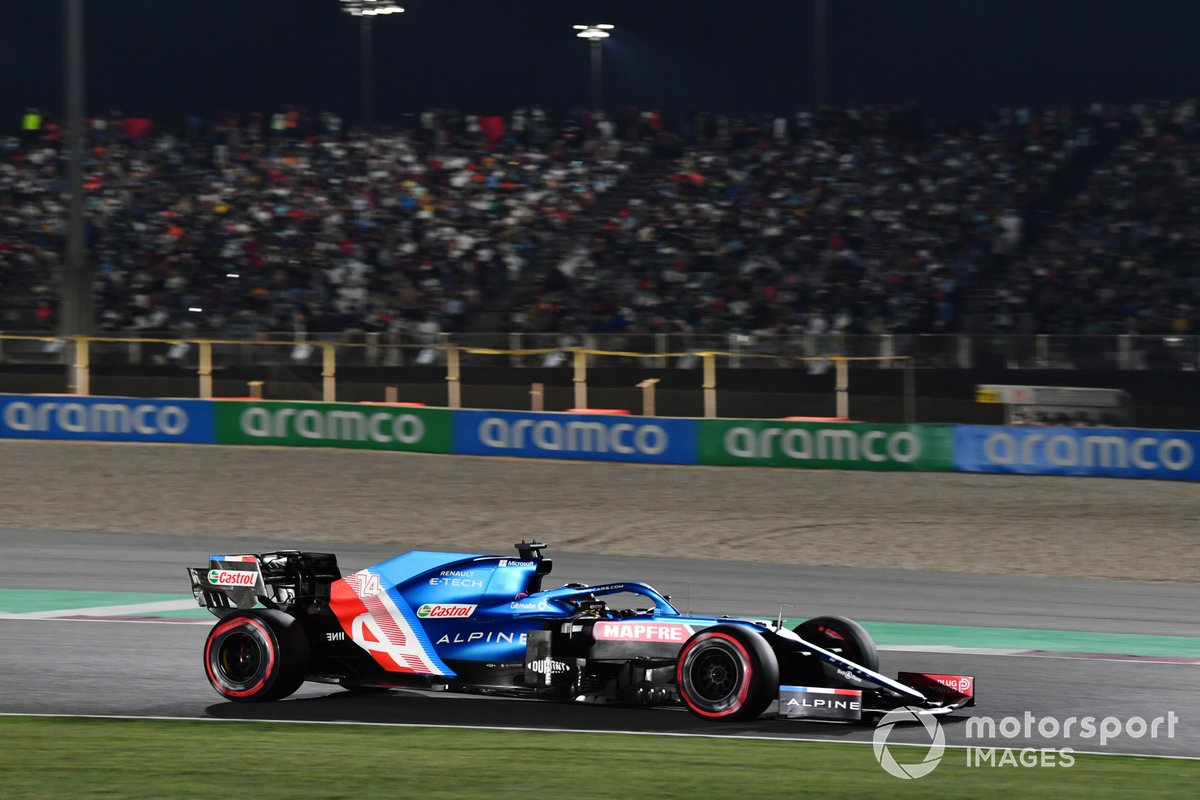 Alonso told team-mate Esteban Ocon to “defend like a lion” and keep Perez back, but despite his best efforts, Ocon was powerless to do so given the Red Bull’s pace advantage. The fight for third place was set to go to the wire.

As the laps ticked down, more punctures occurred. Lando Norris, George Russell and Nicholas Latifi all hit trouble within two laps of each other, putting Alonso on edge if he wanted to clinch that long-awaited podium.

Perez continued to cut the gap to Alonso in the closing stages, only for a late Virtual Safety Car to stunt his charge and slow the field down for a couple of laps. It meant Alonso could hold on by three seconds and grab his first podium since Hungary 2014, more than 100 races ago.

Pirelli has confirmed it will investigate the tyre issues in Qatar, but said that a one-stop strategy was always going to be risky.

But Alonso managed his tyres perfectly, clinching third place and giving Alpine a big haul of points in the constructors' fight for P5 against AlphaTauri.

It rolled back the years for the Spaniard, who is clearly enjoying life back in F1 after a couple of years away - and now, he also has some silverware to show for it.