Technical analysis: the science of fuel-flow sensors in F1

Two fuel restrictions were introduced for the 2014 season: an instantaneous fuel-flow limit of 100kg/hour, and a race fuel limit of 100kg.

In Australia, and the wake of the exclusion of Daniel Ricciardo's Red Bull, all eyes have been on the former of those two regulations.

The instantaneous fuel-flow restriction is a measure of the amount of fuel flowing into the engine at any given point in time.

A formula based on RPM is used to determine and monitor that flow, with the full 100kg/hour available at 10,500 RPM.

The flow restriction is designed to cap engine power - without it, teams would be free to burn lots of fuel at certain points of the lap while still adhering to the race-fuel limit.

This also applies to qualifying, where teams would otherwise be able to use specific engine maps that would not have to adhere to the race fuel limit.

Running more fuel flow than the 100kg/hr restriction provides an obvious power benefit, and any team doing so - intentionally or by accident - is in clear contravention of the rules.

To enforce the regulation, the FIA uses an ultrasonic sensor that gauges the mass of fuel passing through to the engine and feeds this back to the FIA and the team. The sensor is contactless to ensure that it does not restrict fuel flow.

The challenge has been to ensure these sensors are both accurate and reliable, with several teams complaining of deficiencies in both areas over the Australian GP weekend. 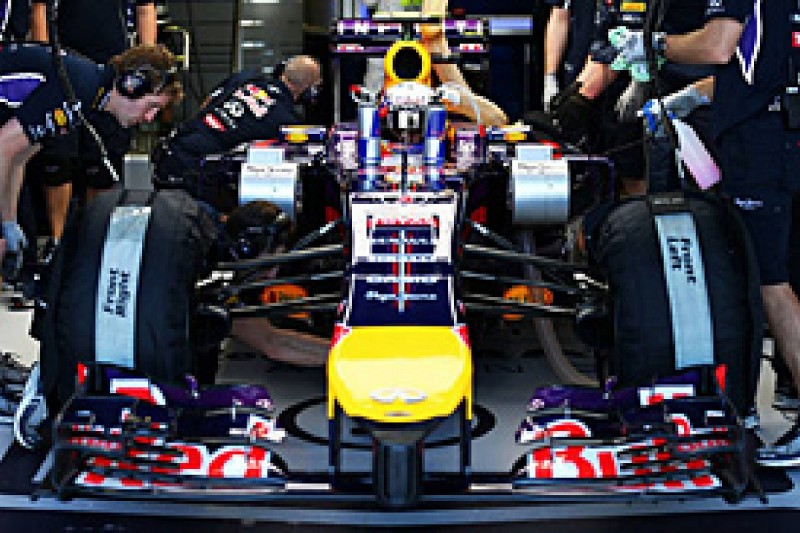 With the sensor designed to be accurate to within a fraction of a percentage, the FIA can apply a 'correction factor' to bring them into an acceptably accurate range. This was done in Australia, with the FIA changing the frequency of the sensors from 5Hz to 10Hz.

Even if the sensor fails it is still possible to calculate the fuel flow via readings from the fuel pressure and injector timings. This is not as accurate as the sensor, but does at least provide a reserve option.

The FIA therefore has to take the sensor - plus its correction factor - and/or a calculated fuel-flow reading as the de facto measure for a car or team.

With Red Bull insisting its fuel-flow rate was legal, any decision will be massively important, setting a precedent for the future operational procedures of every team on the grid.