After Ricciardo lost his second place at Albert Park for exceeding the maximum fuel-flow rate, Red Bull team principal Christian Horner has hit out at the equipment provided to the team.

He says that a spate of problems with the sensors experienced by both his and other teams since testing began led to Red Bull not believing the FIA equipment in Melbourne was to be trusted.

"It is common knowledge that there has been a problem with these sensors all year during the tests," he said.

"There are other teams have had sensors fail, and others have had to be re-zeroed. It is immature technology.

"It is impossible to rely 100 per cent on that sensor which has proved to be problematic in almost every session we have run in."

When asked if he was surprised other teams had not faced similar investigations, he said: "Yes. Because I think there have been so many issues with these sensors.

"I don't think any of them have been working 100 per cent reliably through the weekend. Even in the race, quite a few have acted incorrectly."

The FIA has been aware of accuracy issues in the fuel-flow sensors, which are provided by the British company Gill Sensors.

AUTOSPORT understands that calibration problems came to light during pre-season testing regarding their accuracy.

In promotional material on its own website, Gill Sensors claims that 52 per cent of its meters are with a 0.1 per cent accuracy reading, with 92 per cent within 0.25 per cent. 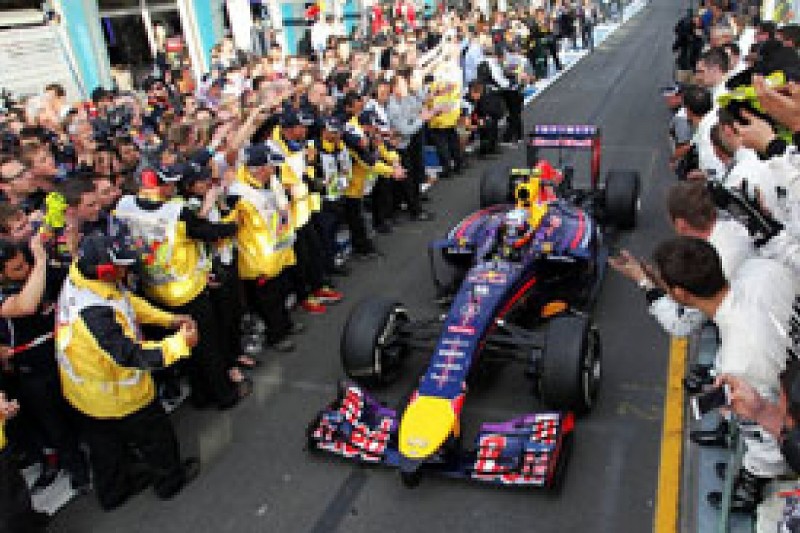 Teams and the FIA have found that some of the sensors are wildly out, however, which means they are unsuitable for use.

But with this characteristic having come to light during pre-season, the FIA is confident that it and the teams have learned how to achieve good accuracy.

When asked earlier in the Australian GP weekend about the situation, F1 race director Charlie Whiting said: "It is very apparent right from the beginning whether or not an individual sensor is going to work.

"It is either very, very good or a long way out, so you can identify whether or not that meter should be used.

"We monitor them all the way through the race and if we see a fault we have a fallback solution."

Technical analysis: the science of fuel-flow sensors in F1