Team technical directors believe that the ban on tyre blankets for 2021 could be positive for Formula 1, but warned it will be a big challenge to adapt

The move was confirmed by the FIA in a tender supplier document covering the 2020-23 seasons, with the ban to coincide with the introduction of 18-inch rims and narrower front tyres in the second of those seasons.

Although teams had been party to some general discussions with the FIA and F1 about tyres in 2021 and beyond, they had not heard about the final decisions made until Friday.

"I'm sure that a set of tyre requirements from the supplier can be agreed upon that will deliver tyres that are capable of being operated safely without blankets," said Renault's Bob Bell.

"Plenty of other racing series do it, so I don't see any reason why we can't in F1.

"If those specifications for the tyres allow us to get around some of the limitations that we face in operating the tyre at the minute, pressure and cambers and so on, and make that task less onerous on the teams, and produce more consistent performance through the life of the tyre, then I think that's all for the good."

But he warned that the FIA's requirements for the next tyre deal were "not the work of five minutes" for whichever firm wins it.

Williams technical chief Paddy Lowe believes that tyres that have to work over a wider temperature range will be beneficial.

"I quite like the spectacle of a grid with all the equipment, including tyre blankets," he admitted.

"I think that's part of the impression that F1 gives of being a very technical sport at the pinnacle of motor racing. I would miss it from that point of view. 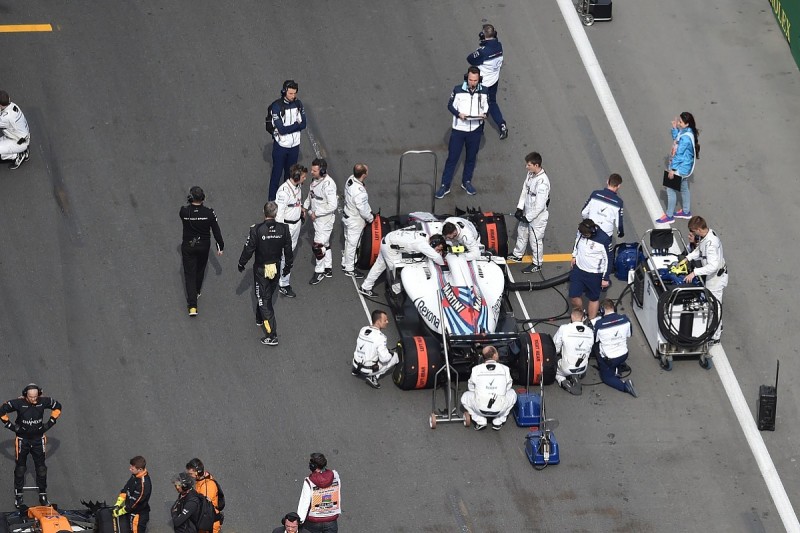 "But on the other hand if it drives us to have tyres that have a much wider window to operate that could be a good thing."

Red Bull's chief engineer for performance engineering Pierre Wache sees the change as an opportunity for teams to be smart, but he cautioned that it will be more difficult for the supplier to get it right in F1 than in other categories.

"As an engineer, when it's changing it's pretty interesting," he said.

"I'm pretty sure we can find some tricks and some possibility on the car to operate the tyres in the best way.

"The technical challenge for the manufacturer would be quite difficult, at the moment you see the evolution of pressure you have without a blanket, starting at 30C, finishing with more than 100C, with the energy we are putting in the tyre in F1, which is higher than other categories."