Teams 'getting nothing' from Liberty Media about Formula 1's future

Formula 1 teams are "getting nothing" in terms of information regarding the future shape of the championship despite new owner Liberty having been in charge since January, says one boss

F1's new chiefs have held talks with team bosses, with discussions ongoing about a new engine formula from 2021 that is central to the bid to bring costs down.

But Force India deputy team principal Bob Fernley says he expected to have a clear direction by now.

"I'm disappointed in some ways," he told Autosport.

"But when we're nine months down the road, you'd have thought we'd have been firming something up a bit more now.

"The engine programme should be finalised because that is the cornerstone of the cost control programme.

"Cost control should be coming though very closely behind it, if that's where we're going, because people have to respond to it.

"The clock is ticking, it won't be long until we're into next year.

"I was hoping we would be seeing something now, at least a skeleton of where we're going but we're getting nothing at all." 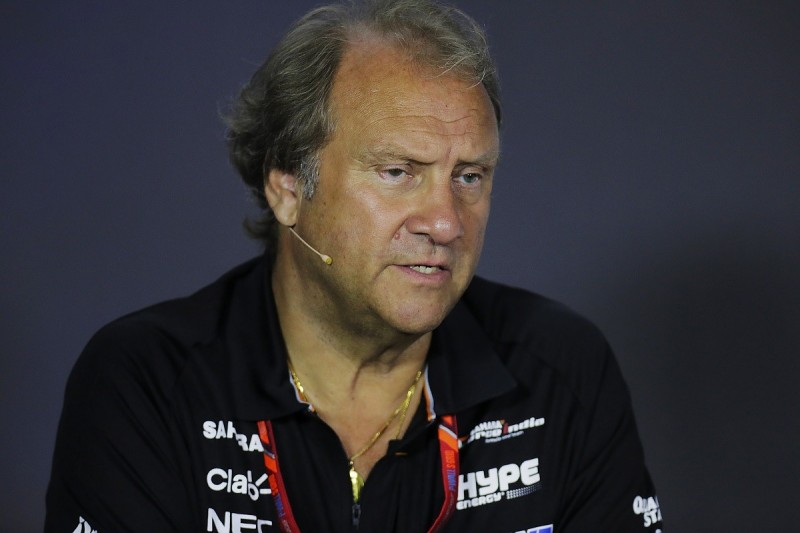 Fernley believes there have now been enough talks and the responsibility lies with F1's owner Liberty Media to make firm decisions.

"There has been a lot of meetings behind closed doors," he said.

"Really now, it's a case of Liberty presenting something that can be considered.

"Ross [Brawn, F1's sporting boss] has taken a very careful approach to everything, he's talked to all the teams, he's got all the feedback.

"They have a direction they want to go into. Now they need to get something out in the discussion process to all teams."