Formula 1 teams are set to engage in a new design battleground over low T-wings in 2018, as part of a push to regain downforce lost at the rear of cars

A loophole in last year's technical regulations opened the door for teams to run high T-wings on the sharkfin engine covers in a bid to improve performance.

But their addition caused an outcry among fans and teams because of their appearance, and an outright ban was introduced for the 2018 season.

But with F1 teams aware of the benefits that the small wings delivered in terms of managing airflow and increasing downforce, it is almost certain that this concept will not have been ignored when teams come to finalising their 2018 challengers.

As teams claw to recover the loss of downforce caused by the high T-wing ban, plus the outlawing of monkey seats, it appears likely that T-wing development will open up in a new area of the car instead.

That is because the wording of the 2018 regulations that outlawed shark fins and high T-wings still leaves room for another area to be exploited. 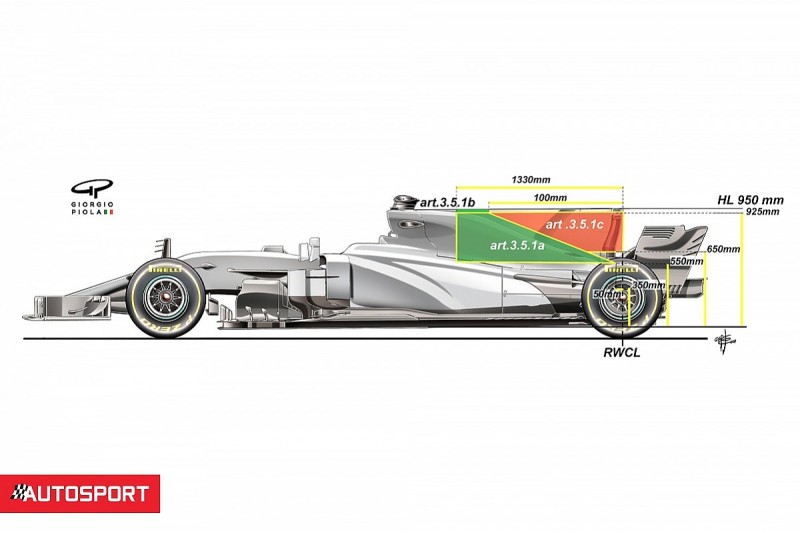 Article 3.5.1 of F1's technical regulations outlawed high T-wings by making it clear that no bodywork could appear in a specified triangular area above the defined engine cover.

But there remains a small area below this triangle that is still available for teams to exploit - an area in which Williams ran elaborate T-wing concepts last year. 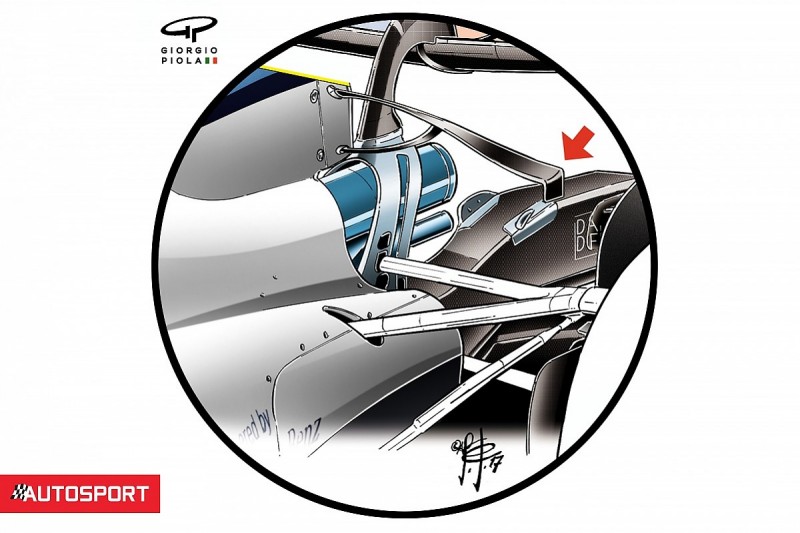 As well as developing a high T-wing like other teams, the FW40 featured a second element lower down to help manage airflow in this area.

As well as channelling air to the lower element of the rear wing, this airflow can also prove important in helping maximise the efficiency of the diffuser.

F1 teams are expecting big gains in downforce this year thanks to a much better understanding of the performance aspects of the new aero rules that were introduced last year.

McLaren technical director Tim Goss told Autosport: "You would expect there to be a step, and given the cars are relatively immature, you would expect it to be a bigger step than in previous seasons."

Why F1's safety priorities are misplaced