The Canadian missed the Eifel Grand Prix at the Nurburgring due to illness, being replaced at the team then called Racing Point by Nico Hulkenberg.

Stroll later revealed he had tested positive for COVID-19, but following a negative test he was able to return to the cockpit for the Portuguese Grand Prix.

He struggled on his return to the cockpit at the Algarve Circuit, where he retired following a collision with Lando Norris, and knocked over a mechanic on his way to 13th in the following race at Imola.

Speaking at the launch of the Aston Martin AMR21, Stroll revealed that the after-effects of the virus were still taking a toll on his physical and mental fitness for the following races.

"COVID put me out of the German Grand Prix and it probably affected me quite a bit for the following two grands prix," Stroll said.

"Just no energy, physically, and not in the best place mentally. I think I underestimated how much of a toll the virus would take on me, and I did struggle physically in those races."

Stroll regained form in Turkey by taking a stunning maiden pole in the rain, but rues that his mid-season dip in form cost him and his team valuable points in its fight against McLaren, which beat Racing Point to third in the constructors' championship by seven points.

PLUS: The driver gap Aston Martin must address in F1 2021

"After that rough patch I was back on form in Turkey, so I started to get my form back," he said. 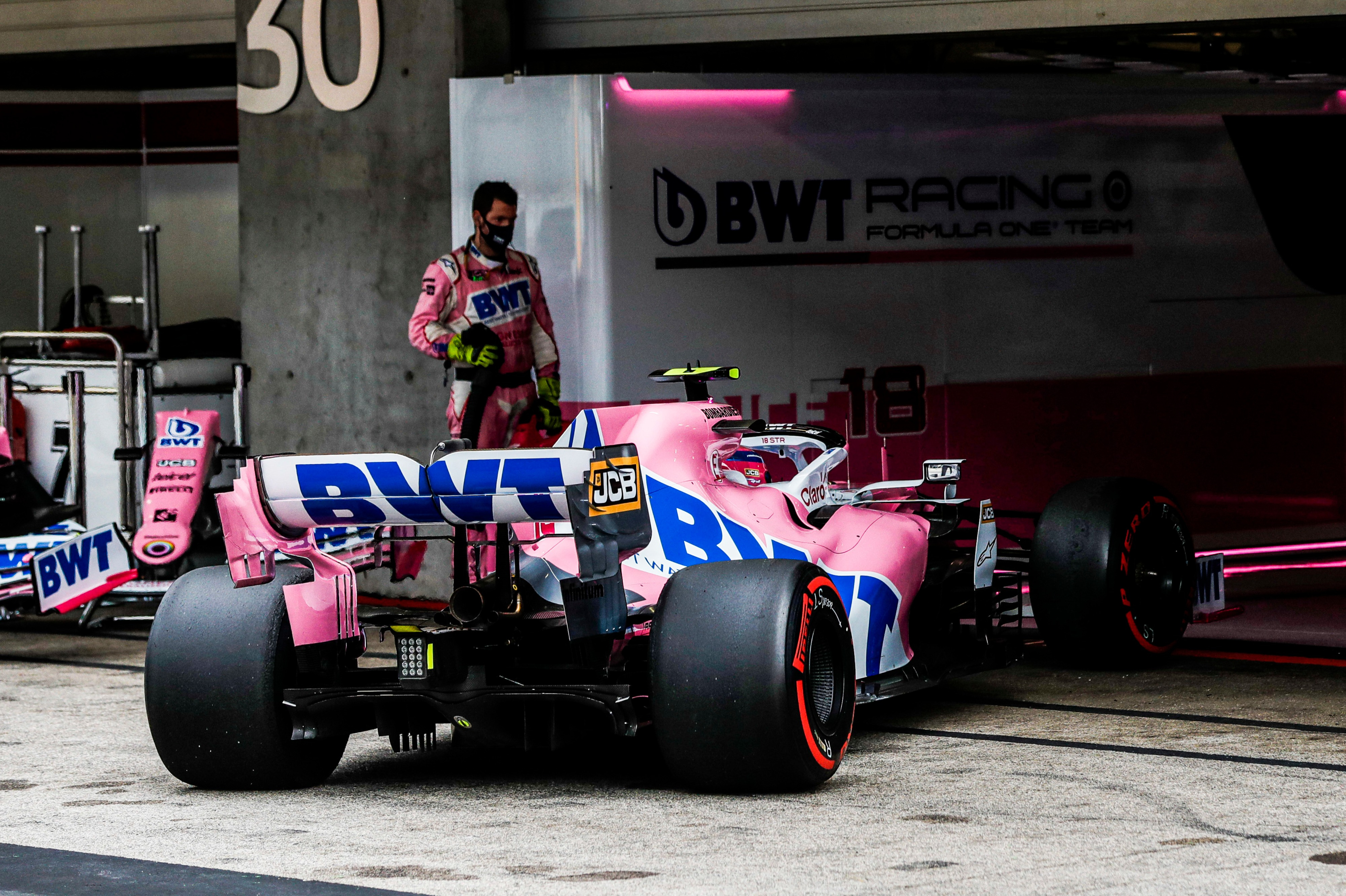 Lance Stroll, Racing Point RP20, pulls into the garage to retire from the 2020 Portuguese Grand Prix

"But we lost of a lot of world championship points, there’s definitely a lot of things to learn from that experience.

"On a positive note, we did finish off the season much stronger, but I think the competition was much stronger towards the end of the year.

"Not the same as the beginning of the season where we were often cruising fourth and fifth with both cars, sometimes even better than that.

"The game changed, the competition between the teams, and I think it’s going to be a very competitive midfield once again. We have to get our head down and do the job.”

Stroll's former team-mate Sergio Perez and Lewis Hamilton were also forced to sit out races in 2020 following a positive COVID-19 test. Lando Norris, Charles Leclerc and Pierre Gasly have since also tested positive during the off-season.