The German finally broke his duck by finishing eighth at Silverstone after chasing Max Verstappen to the chequered flag.

While the result will put a stop to the previous questioning about when he would score his first points, Steiner says now expectations could be pitched too high.

"I think it will give him a little boost, and just boost his confidence," Steiner told Autosport regarding the Silverstone result.

"And it's just going one hurdle. But what we have to watch now that the pressure now doesn't come, and that if he doesn't score points he gets critiqued.

"Some people don't understand, and you cannot have it always how you think it is from outside.

"It's a sport. The expectation shouldn't be that he scores every race and then if he doesn't score, he's being critiqued again. It's put him on a pedestal and throw him down again, and we shouldn't try to do that one."

Steiner said that Schumacher wasn't told to take it easy at any stage, even when battling with Verstappen.

"No, he wasn't told anything, they know what to do.

"When they fight and you start to talk to them you confuse them more than anything else. I trust my guys. I know he wanted his points, and he delivered. I think he was in control." 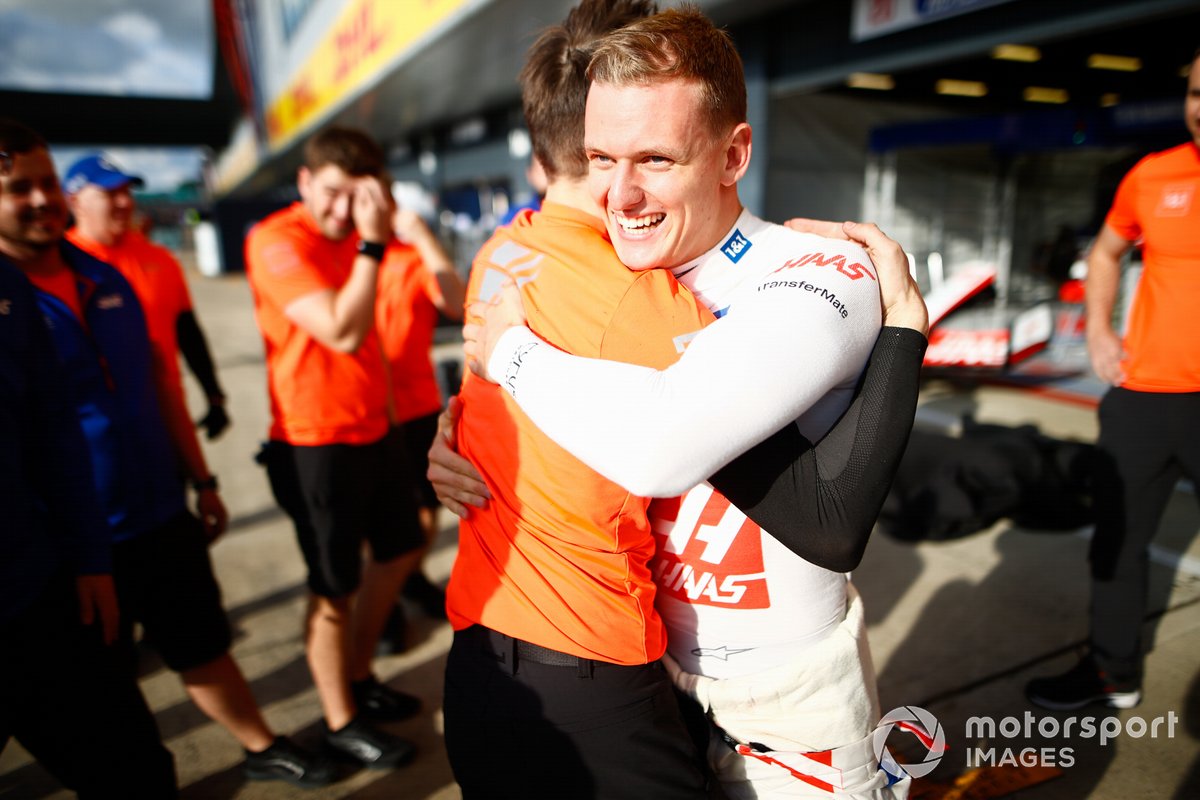 Mick Schumacher, Haas F1 Team, celebrates with his team after securing his first points in F1

Schumacher was joined in the points at Silverstone by his team-mate Kevin Magnussen, who finished two places behind in 10th.

The double score came after the team failed to log any points in the previous five races.

"It's a boost for the guys," said Steiner.

"I kept on telling them, you guys can do it, it doesn't come our way in the moment, we just have to be patient, which sometimes you struggle with when everybody thinks you're not doing a good job.

"But in the end we got through it, and we got two cars in the points.

"It's very good for the team, and I continue to say that we are able to be in the points every race. And we didn't get a good race weekend together this weekend, because the qualifying was not good.

"But we got a little bit of push when the red flag came out, we moved up a few positions.

"We didn't move into the points then, I think 14th and 16th we started, which is not fantastic.

"But we made the most out of it and ended up with two cars in the points, which is very good. We were enough unlucky, and I think we were due some luck."