Kevin Magnussen and Romain Grosjean ran side-by-side through the first few corners at the start of the British Grand Prix before making contact through the flat-out left kink onto the Wellington Straight.

The impact punctured Magnussen's left-rear tyre and Grosjean's right rear, both drivers' feedback over the radio was limited to swearing, and their races ended a few laps after the incident.

Steiner said both were to blame, adding: "It's not acceptable what happened. I was pretty clear with them after Barcelona [where the two drivers clashed at the first corner after a safety car restart] what not to do.

"In the end, we are in a difficult position at the moment trying to find out about the car on track.

"Everybody works hard like hell, and then it seems we've got a chance [for a decent race] when our long runs [on Friday] were OK.

"[Then] we crash into each other on Turn 5, which is not acceptable." 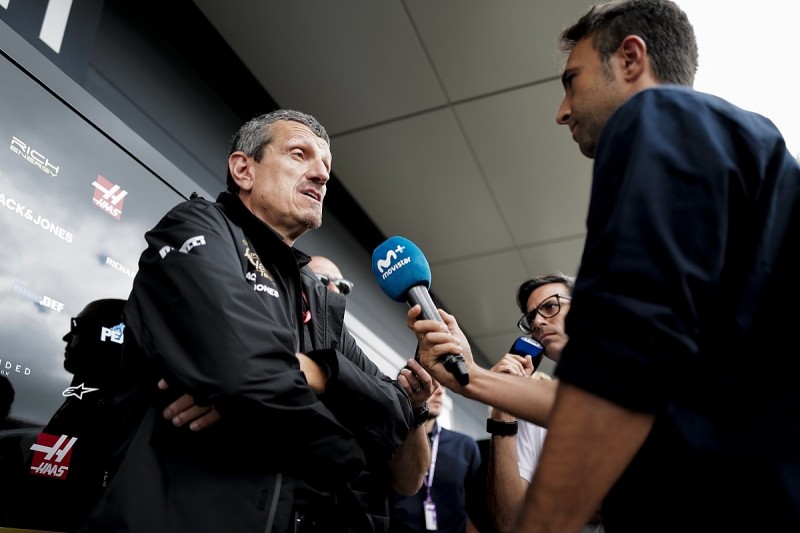 Steiner said the drivers "didn't speak" because he told them what he thought when they met over the issue post-race, and that was it.

He was incensed the drivers clashed when Haas was conducting vital back-to-back assessments of car packages this weekend in a bid to cure its long-running tyre issues and poor race pace.

"To explain something like this you don't need a lot of time," said Steiner.

"Sometimes you can say a lot in a few words, and I'm obviously disappointed to say it.

"Everybody works very hard to get out of this hole that we are in, and you guys see that.

"We do the almost impossible, and then we have got the chance to get points, or at least learn something to move forward, they do something like this.

"For me, I don't need any explanation of it."

Haas is enduring its worst start to a season in its short F1 history, and only has 16 points from the first 10 races.

Steiner said that while the team showed progress from a competitive perspective at Silverstone, the on-track clash and off-track saga involving its title sponsor Rich Energy meant it "wasn't the easiest" week for the team.

"It seemed on Friday that we could get into the race with some chance, and then we spoiled it ourself," he added.

"Between Austria and here they've both been tough, one way and one the other."