Haas Formula 1 team boss Gunther Steiner is not worried that tensions between his drivers could escalate after their latest run in at the French Grand Prix.

Mick Schumacher and Nikita Mazepin have been involved in several incidents while battling this year, including in Monaco, Baku and France.

After Schumacher was forced wide by Mazepin in a move at Paul Ricard last weekend, the German said that it might be time for him to get his elbows out and be more forceful with his team-mate.

But despite his drivers not seeing eye-to-eye over their incidents, Steiner is happy to let the pair continue racing – and thinks it would be a much worse thing if he interfered and told them not to fight each other.

“I'm not worried,” said Steiner. “I didn't see the situation in France as dramatic as you guys [the media] try to make it out.

“We looked into it, and I spoke with Mick about that, and he said, yeah, it was hard racing, it wasn't unfair.

“But obviously it's also a difficult position as they are normally side by side because we are at the back end of the grid. So who are they going to fight? Each other obviously, because there's nobody else around.

“We would wish to fight with Lewis Hamilton at the front, but we cannot, so in the end they try to do their best.

“There is a risk that they run into each other, but if I tell them to just drive down behind each other, they will get even more pissed. And I get pissed, because then there's no point to come here.” 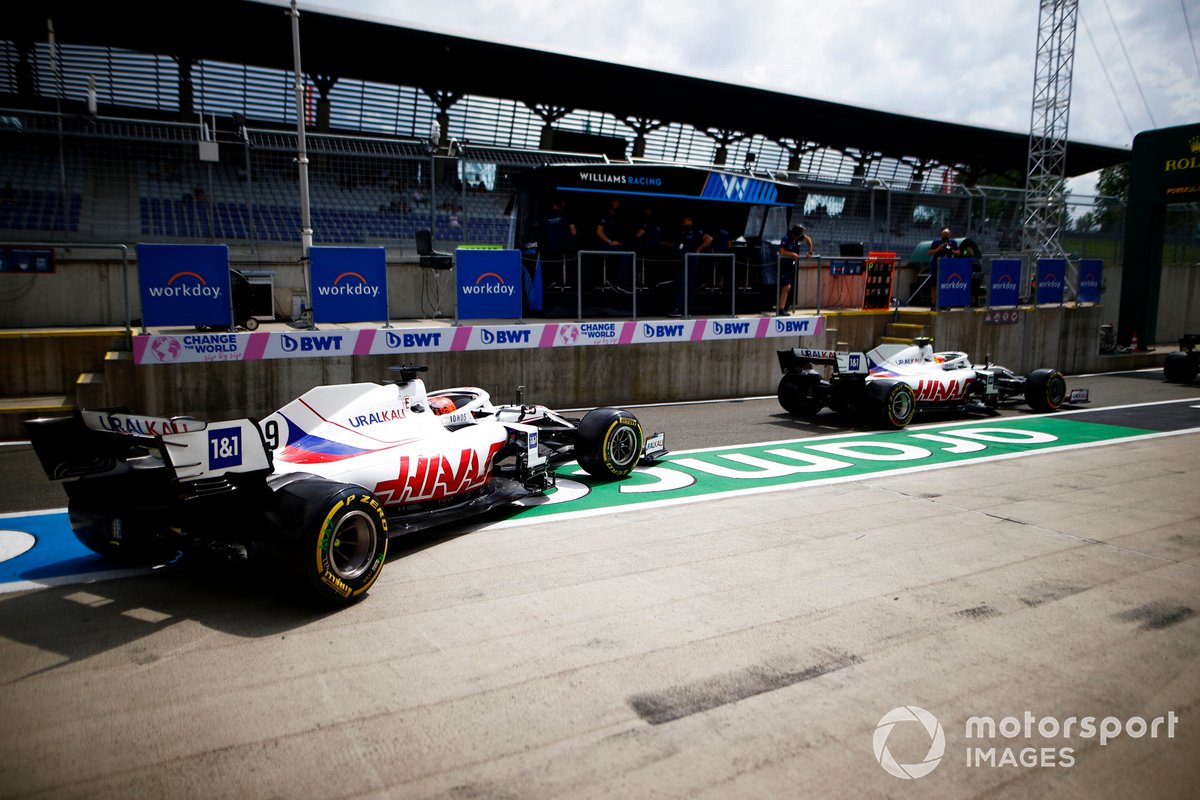 He added: “It's a difficult spot where we are, and this is part of it, and I obviously try to manage as best as possible.

"But I'm not going to say to them 'oh, just line up how we lined up in qualifying and drive behind each other', because then they don't learn anything.”

While there have been suggestions that the relationship between the drivers changed at Monaco when Schumacher made an aggressive move inside Mazepin at the hairpin, Steiner does not think the pair are retaliating against each other.

“We spoke really clearly about retaliation and I think there is no retaliation involved,” he said. “As I said before, it is where we are.

“The only one you can fight – I mean, if you are last – is your teammate, because all the other cars are away, so obviously we end up always side by side.

“We can try to beat this thing up but it is what it is. I don't think there's any other agenda behind it, you know. Then it's like they find each other side by side, and they've got the same car. So obviously, they will try to do their best.

“But they both forgot what happened in Monte Carlo anyway. They are race car drivers.”

Ferrari: FIA should talk with F1 teams rather than issue technical directives