Haas Formula 1 team principal Gunther Steiner believes his rookie driver Nikita Mazepin shouldn't be affected by the criticism he receives by his colleagues.

Mazepin's debut F1 campaign got off to a rocky start, marred by errors and a lack of pace compared to fellow Haas debutant Mick Schumacher.

At F1 2021's first three race weekends in Bahrain, Imola and Portimao, Mazepin qualified behind the German on each occasion with an average gap of six-tenths of a second.

Mazepin's Bahrain debut race was over after spinning out of the first sequence of turns, while in subsequent races the Russian finished a minute behind his team-mate.

But Mazepin has also drawn the ire of several colleagues for allegedly blocking them during qualifying attempts, with the likes of Sergio Perez and Nicholas Latifi calling him an "idiot" in the heat of the moment.

When asked by Autosport if the criticism Mazepin gets from fellow F1 drivers affects him, team boss Steiner replied his driver "shouldn't be doing this job" if that were the case.

"Obviously what is said in race circumstances when you go with these cars 300km/h and someone [is] in your way, you normally don't say 'oh, this guy was not very nice'," Steiner explained.

"You call him something else, you know? I mean, who wouldn't? I wouldn't like what people say about me but if that affects you, you shouldn't be doing this job.

"You need to go and do something different if you're this thin-skinned." 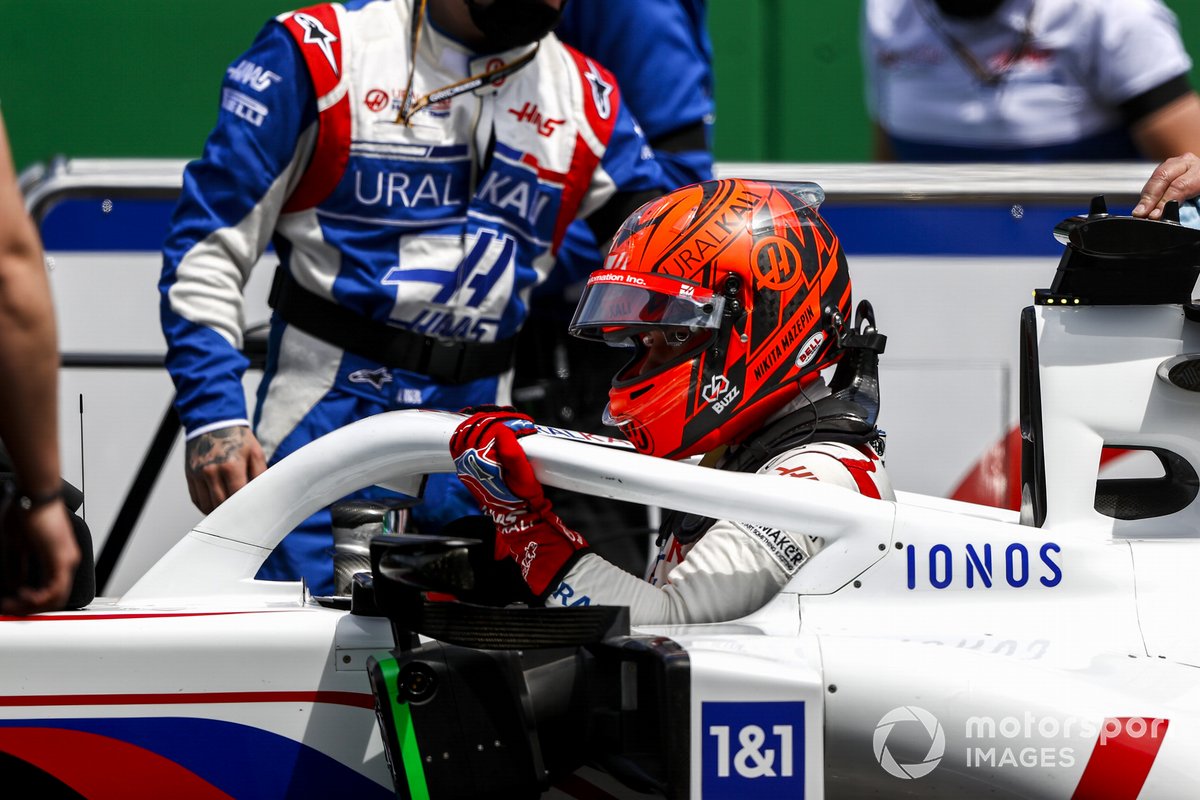 Steiner claims Mazepin's "bad boy" image is further being fed by Formula 1's broadcast team in the way it decides which team radio clips to air, calling it a "bit of attention grabbing".

"We all know that Nikita is a little bit the bad boy, he was made the bad boy since a while," Steiner added.

"For sure Formula 1 broadcasts always the comments about him because you guys like to listen to it, you know.

"If they broadcast something where nice and sweet things are said about other people, nobody will care.

"So, I think it's a little bit of attention grabbing from their side but in the end we are in the racing show business, so it's part of it and I don't think it affects him."