Gunther Steiner accepts there is "obviously a risk" if Haas signs two rookie Formula 1 drivers for 2021, but feels it would also present an opportunity to the American team

Haas will race with an all-new line-up in 2021 after announcing last month that incumbent drivers Romain Grosjean and Kevin Magnussen would both leave at the end of the season.

It is widely expected that Ferrari junior and current F2 points leader Mick Schumacher will take one of the seats with the team.

Schumacher is likely to be joined at Haas next year by fellow F2 driver Nikita Mazepin, who would bring significant financial backing to the team so long as he scores the required superlicence points.

The move for two rookie drivers comes despite having experienced names such as Sergio Perez and Nico Hulkenberg available on the market.

Haas team principal Steiner stressed that no final decision had yet been made regarding its 2021 line-up, but said the pros and cons of running two rookie drivers had been weighed up.

"We haven't decided to take two rookies, but I can easily talk you through my thoughts about two rookies," Steiner said.

"We discussed this, the risks, the opportunities with them. There is obviously a risk that two rookies, they have nobody experienced to look at [for] the data and stuff like this. 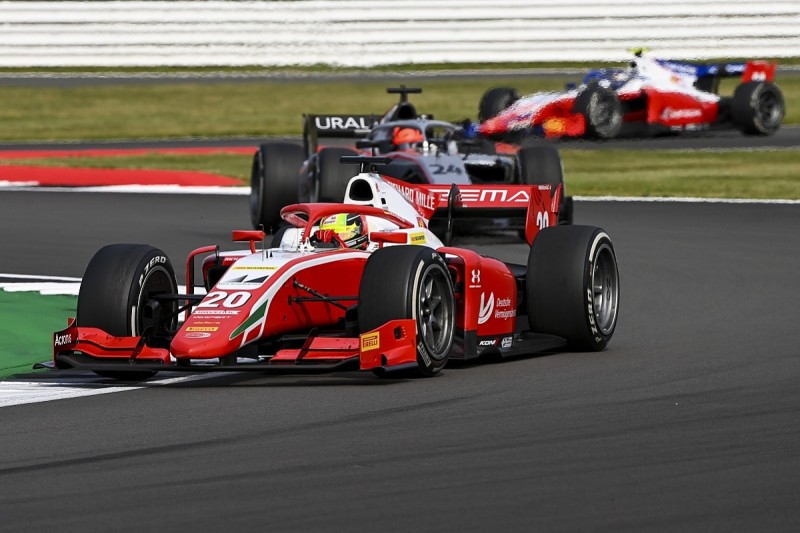 "They need to find out between them what is going on, and there is risk that it goes wrong.

"But the pros are you can put them in the direction you want to put them, and they grow with the team.

It would mark the first time in Haas's five-year F1 history that it has signed a driver without any prior grand prix experience.

Prior to signing Magnussen to partner Romain Grosjean for the 2017 season, Haas debuted with ex-Sauber driver Esteban Gutierrez one year earlier.

Steiner said he was used to questions about Haas's approach to signing drivers, citing previous criticism about the decision to retain Grosjean for so long.

"We have done a few things different than other people," Steiner said.

"A few years ago I was asked, 'why do you keep Romain so long? Because nobody has kept anybody so long'.

"We don't need to do what other people did. We will do what we think is right, and if it works or not, we will be judged on it - nobody else.

"We take that risk and we take that opportunity. So if we would take two rookies, we have thought it through.

"We know the pros and we know the cons, and we will deal with that if we go that way."

Binotto: Wolff is a rival in F1 but there is no hatred