The 16-year-old ticked off the first car racing victory of his career when he triumphed at Oschersleben in , during his maiden event.

In March with Toro Rosso, Max Verstappen became the 12th son of a former Formula 1 driver to race at the highest level of motorsport - following his father Jos, who competed in more than 100 races.

It's early days for the young Schumacher, but as he finds his feet in the world of single-seater racing, here we take a look at the fortunes of six of the 12 that did make it. 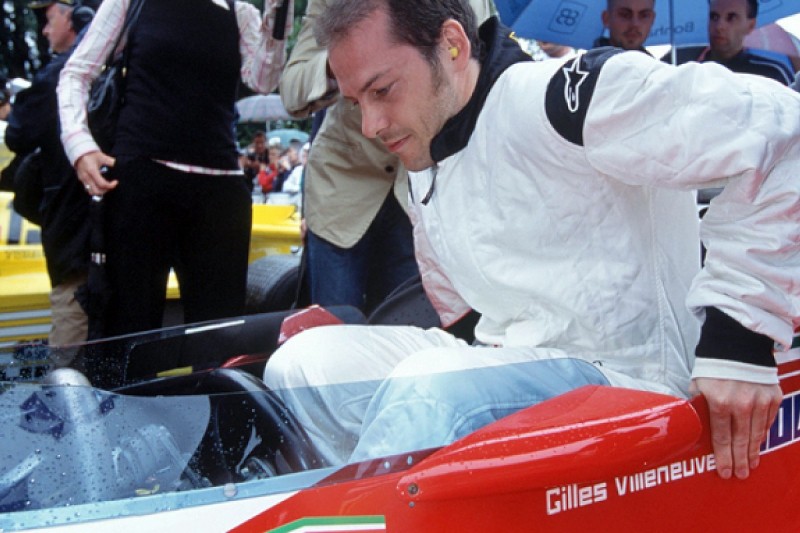 Gilles Villeneuve is still idolised by Formula 1 fans across the world, his flamboyant style yielding six wins during his career.

His son Jacques was just 11 when his father was killed during practice for the 1982 Belgian Grand Prix.

Rather than crumbling under the pressure of such an illustrious surname, Jacques used it to his advantage, gaining backing to progress through the lower formulae.

A year after becoming the youngest winner of the Indy 500 and Indycar title in 1995, he made it to F1 with Williams.

He finished second in his first season before clinching the title the following year - but that's as good as it got as he failed to add to his tally of 11 wins in the following eight seasons. 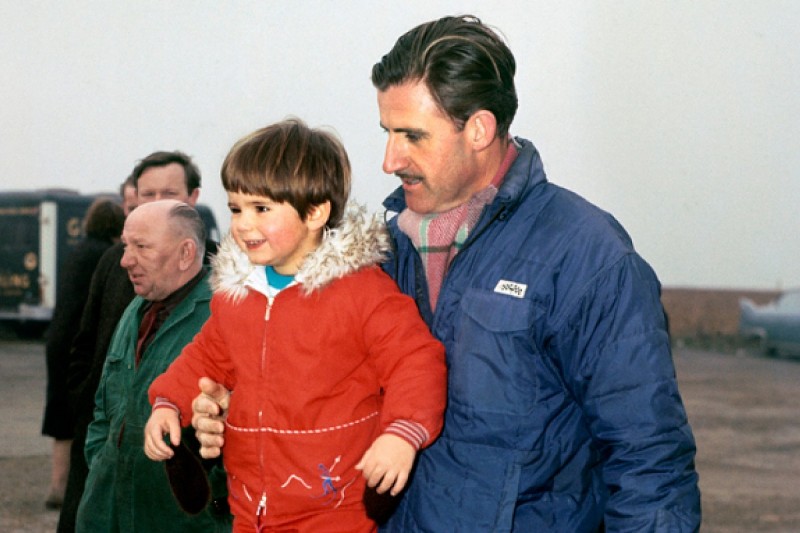 Damon Hill had a tough act to follow. His father Graham won two Formula 1 world titles, five Monaco Grands Prix, the Indianapolis 500, and he even established and raced for his own F1 team.

But before Damon started his racing career, his father was killed in a plane crash. It wasn't until the age of 23 that the younger Hill chose to get behind the wheel.

He fought his way up the racing ladder with limited funding and didn't make his F1 debut till he was 31 - an unthinkable age these days.

An uninspiring start with Brabham was soon forgotten when he got his chance with Williams, and he won the title in 1996.

That secured the Hills the accolade as the only father and son world champions, a record which still stands today. 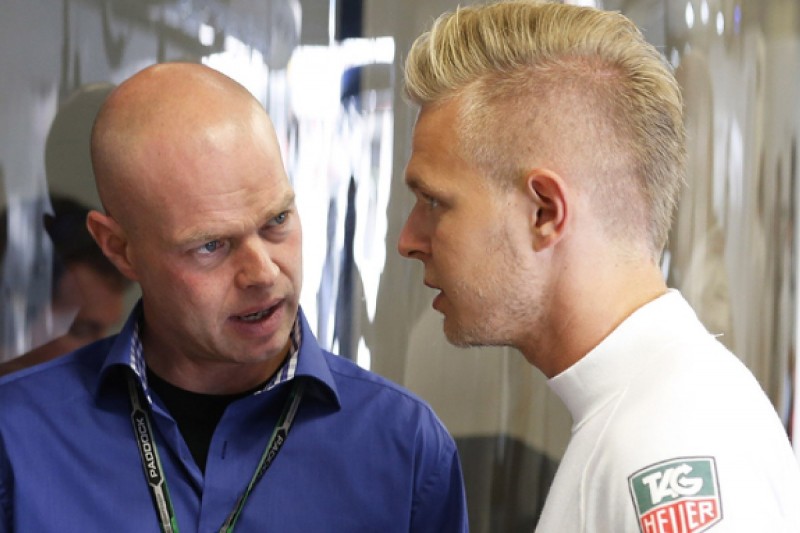 Big things were expected of Jan Magnussen, hailed by some as a future world champion when he joined Formula 1 full-time in 1997 with Stewart GP.

But the Dane later admitted he threw it all away through a lack of dedication and after scoring just a single point in one-and-a-half seasons, his career ended aged 25.

His son Kevin, who was spotted tightly grabbing his father's hand in the paddock as a toddler, is very different, with his impressive work ethic and maturity shining through.

Kevin won the Formula Renault 3.5 series before making his F1 debut with McLaren in 2014, with his father supporting him at several races.

He scored a podium on his debut and although he was demoted to reserve driver this season, he remains part of McLaren's future plans. 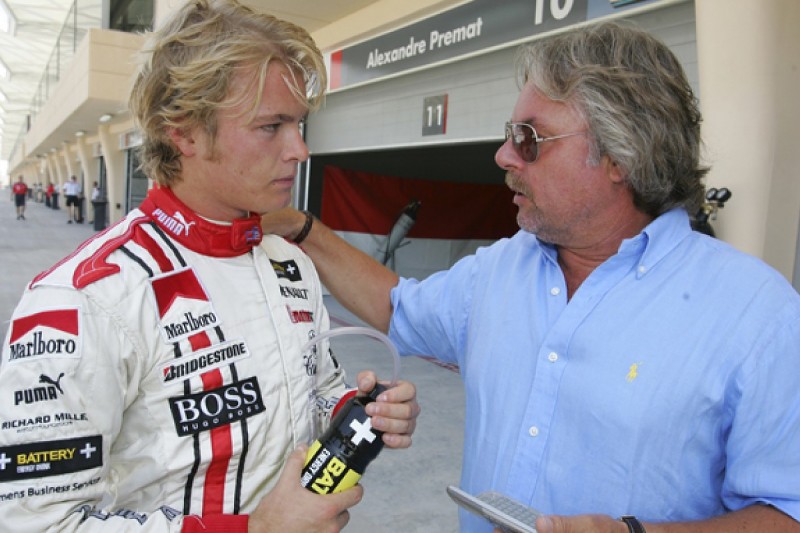 Nico Rosberg grew up in the Formula 1 paddock so it was no surprise to see him follow in his father Keke's footsteps.

The German had big shoes to fill, as Keke won the title in 1982, but he fortunately had the benefit of his father taking a hands-on approach with his career.

Aside from travelling with his son to various karting and single-seater races around the world, Keke's name opened doors and secured backing to help Nico's career.

Nowadays, with his son in his 10th season in Formula 1, Keke is still occasionally spotted in the paddock.

While Nico has surpassed Keke's tally of five wins with eight, the world title still eludes him following a runners' up spot in 2014. 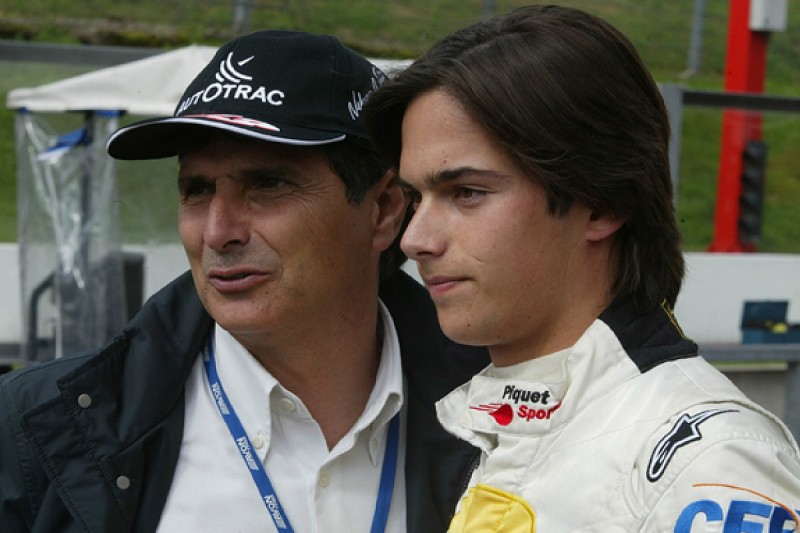 After retiring from Formula 1 with three world titles, Piquet was conscious that his name could be a burden for his son as he too pursued a motor racing career.

So the elder Piquet did everything he could to ensure Nelsinho had the best opportunities, including setting up and building teams around him in various formulae.

Piquet Jr delivered results, winning the British F3 title and finishing runner-up to Lewis Hamilton in GP2 before getting an F1 race seat with Renault in 2008.

A second-place in the German Grand Prix that year was the highlight, but he left the team the following season, resulting in the revelation of his role in the 2008 Singapore GP 'crash' scandal.

His father stuck by him and together they won "substantial damages" and court costs from Renault following libellous comments made by the team. 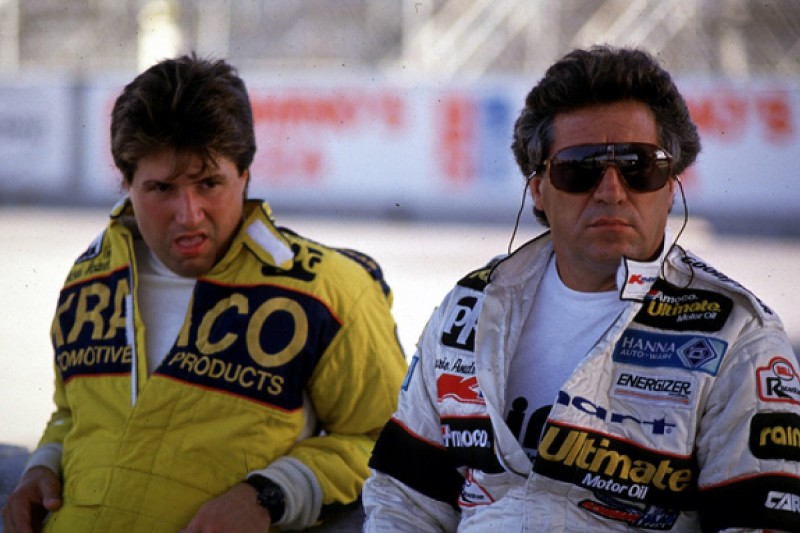 Few Americans have managed to taste success Stateside and then transfer it to Formula 1 - but Mario Andretti was one of them.

Aside from 12 victories and the 1978 F1 world title, Mario won in sportscars, Indycar and NASCAR.

His son Michael enjoyed success in America, too, but he couldn't quite transfer that form to F1 like his father.

Although he was already an Indycar champion by the time he joined McLaren in 1993, Michael struggled for consistency on the opposite side of the garage to Ayrton Senna.

He managed three points finishes - including a podium at Monza - but that would be his final race for the team before they parted ways and test driver Mika Hakkinen was drafted in as his replacement.
shares
comments
Previous article