The decision to reduce tread depth by 0.4mm, as a result of blistering suffered in testing thanks to the increased loads at the resurfaced Barcelona circuit, was made early last month and will also affect the French and British GPs.

Sebastian Vettel and Kimi Raikkonen both suggested this made it more difficult for Ferrari to get the tyres working compared to Mercedes.

The change had the desired effect of preventing blistering and 10 of the 14 finishers completed a one-stop race.

"If you have a high level of blistering affecting all or most of the cars, you have a lottery not a race," Isola told Autosport.

"It's not the right approach and we, as a sole supplier, have to provide the same product to everyone that is a safe product, suitable for the circuit and so on.

"I don't think that the slight modification in the tread thickness changed the balance of the performance of different cars."

Vettel suggested the change had made the tyre compound itself harder, a suggestion Isola denied.

Only Fernando Alonso, who had to start on supersofts, and Williams driver Sergey Sirotkin, who had no mediums or softs left when he made his second pitstop, used the softest compound during the race.

"It is difficult to explain from the technical side because if the supersoft was excluded during the race because the general feeling was that it was too soft, the problem is a bit on the other side." 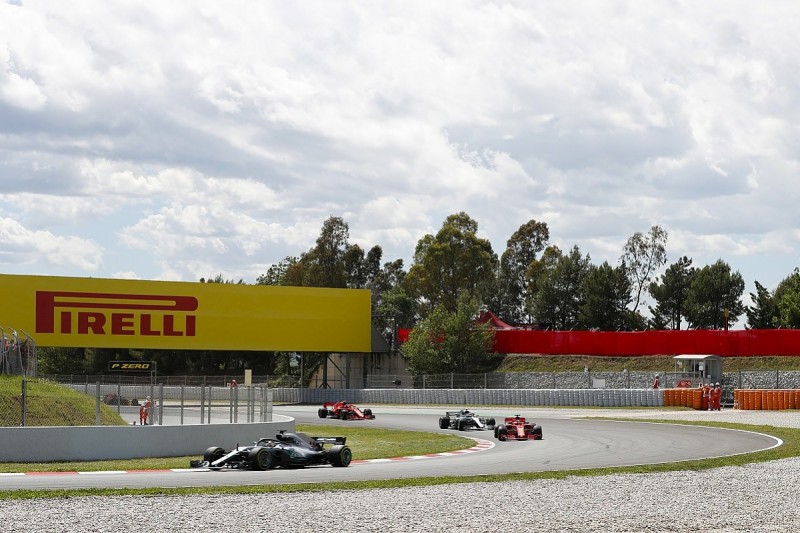 Isola stressed the decision to make the change in tread thickness was made in consultation with the teams, with Ferrari understood to be among those with blistering in testing.

During the race weekend, the pole position time was three seconds quicker than in 2017 and the difference in race pace in the four-to-five second bracket.

"We investigated the reason why we had this blistering, and to be sure that the track surface played the biggest role and not maybe the new cars or the new compounds we had to wait until Melbourne," said Isola.

"Once we confirmed that in Melbourne everything was back to a normal situation, I personally contacted all the teams to ask for their opinion and I collected different opinions.

"After that, we had an internal meeting in Pirelli where we evaluated everything and then we prepared a report for the FIA explaining why we were requesting this change."

Isola also hit out at suggestions the change might have been made to help Mercedes and disadvantage Ferrari.

"We would never do something like that," said Isola.

"We work with all the top manufacturers, more than just those in F1, so why would we give an advantage to one?"

How Hamilton got his mojo back and Vettel lost his