Vettel was again heckled after his dominant victory in the Singapore Grand Prix, with such scenes now becoming a common occurrence.

Although Vettel has laughed off the booing - suggesting that those that are doing it are "on a tour bus" to the races - Horner is far more unhappy about what is happening.

"There is a small collective group and it is like a pantomime, but it is so unfair because it is not sporting," said Horner.

"The boy today has driven an unbelievable race. What you have witnessed today is one of the best drives that I have seen him produce in terms of raw pace, and I just don't think it is sporting to see a driver who has put a performance in like that not get the reception he deserves.

"He is a great kid. He has a great sense of humour. He has a big heart at the end of the day."

Although Vettel's ongoing domination of F1 is a key factor in the booing, it has also been suggested that his defiance of team orders at this year's Malaysian Grand Prix to deny Mark Webber victory has made him unpopular too.

Horner said even if this was a factor, it was no excuse.

"I don't know what it is, to be honest with you," said Horner. "I think that for sure Malaysia did not help but, as we know, Malaysia has happened.

"It's been done, there has been an awful lot written about it and there were circumstances that were involved in that.

"When you have a guy who is becoming almost a serial winner, it becomes like when people watched Mohammed Ali, they wanted to see who would beat him.

"That is the case at the moment; people want to see who is going to beat Sebastian. 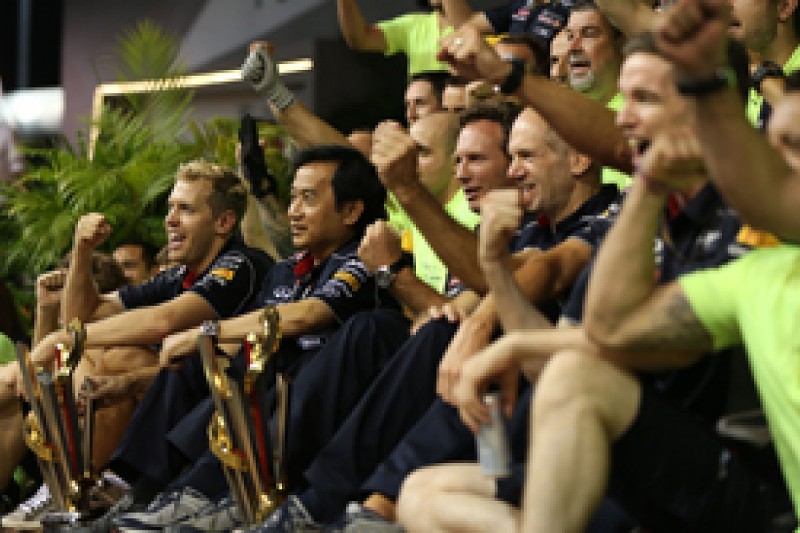 "So, when he keeps winning, it isn't the most popular result."

And although Vettel has repeatedly said the booing does not affect him, Horner suggests that it cannot help but hurt to see fans being against him for winning.

"Of course he says it doesn't affect him and he doesn't feel it, but he is a human being at the end of the day," he said.

"When you have driven your heart out and got that reaction up there, to me it is not fair. To me, it is not sporting.