Singapore GP: Fernando Alonso and Ferrari back on top in practice

Nico Rosberg was third fastest for Mercedes, 0.189s off Alonso's time, with team-mate Lewis Hamilton sixth and 0.439s off the leader.

Most teams ran a typical Saturday programme of long runs on the harder of the two available tyre choices, followed by qualifying simulations on the softer one.

There was a flurry of rain at 1pm local time and it remained cloudy throughout the afternoon, with the ambient temperature steady at around 28C - 10C lower than Friday's twilight session. Thus it was no surprise to hear drivers complaining of a lack of grip early on.

Ferrari appeared to be the fastest of Mercedes' rivals based on AUTOSPORT's analysis of raw pace on Friday, but it was Red Bull's Ricciardo - whose average long-run pace on super-soft rubber was so impressive on day one - who was quickest early on with a five-lap run on softs.

Rosberg soon beat that benchmark by a full second, though, closely followed by Hamilton, who had a half-spin into Turn 5 that he attributed to an engine glitch.

Ricciardo and Sebastian Vettel, who required an engine change during Friday, then split the Mercedes on their second runs.

Alonso waited until half the session had elapsed before setting out for a long run on softs - and, while his fastest laps were good enough to put him fifth at that point, he was a second off Rosberg's long-run pace.

Rosberg was among the first to bolt on super-softs and run a qualifying simulation, setting a 1m47.488s lap that looked impressive until both Alonso and Ricciardo edged him out by over a tenth of a second. Rosberg exited his car and was observed in animated conversation with engineer Andrew Shovlin. 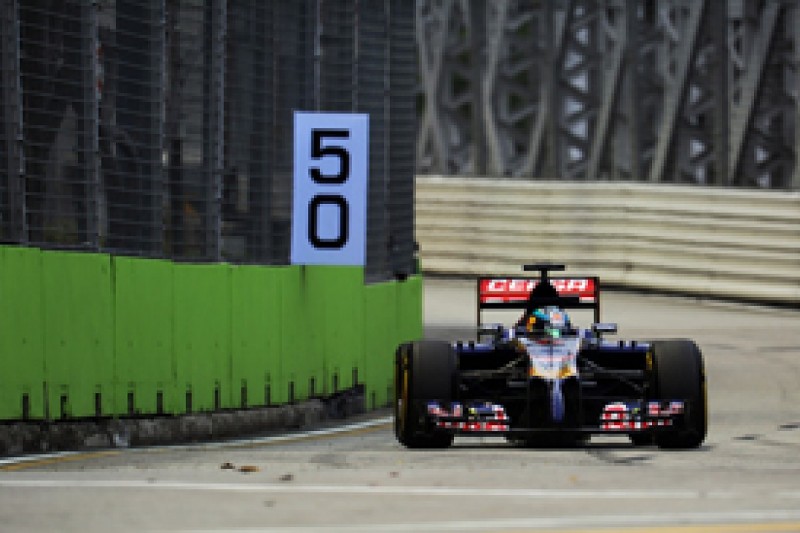 Jean-Eric Vergne was again impressive on super-soft rubber in the final moments, logging a 1m47.693s lap in his Toro Rosso that was good for fourth place ahead of Vettel, who switched to super-softs very late in the session.

Williams - as usual - waited until Saturday to show its hand. On their long runs on soft tyres Valtteri Bottas and Felipe Massa were sixth and seventh, splitting the Ferraris.

Massa reversed their order on super-soft rubber, three tenths faster than Bottas, and with Vergne's arrival ahead they ended the session seventh and eighth, still faster than Kimi Raikkonen.

McLaren barely troubled the top 10 throughout, on both tyre choices, and both its drivers were outpointed on their qualifying simulations by Esteban Gutierrez and Nico Hulkenberg.