The German has made good progress in recent weeks with understanding the RB10, and achieved his best result of the season with second place at the Singapore Grand Prix.

Having changed chassis repeatedly in recent months to rule out other factors, Vettel is convinced his style is just incompatible with this year's design.

"Every time I want to push or make something happen, it just doesn't," said Vettel, who is 57 points adrift of team-mate Daniel Ricciardo in the standings.

"I think it is a characteristic of this year's car in combination with the downforce we have, with the tyres. It just maybe doesn't give me yet what I want in a certain area of the corner.

"That is not an excuse, because in the end I have to get the best out of the car. We've done a lot of progress but there is a lot we can do better."

Vettel's problems are partly to do with the way the car rotates on corner entry, but he has also lost some advantage he had from recent years in exploiting the blown diffuser concept - which produced more downforce at the rear of the car. 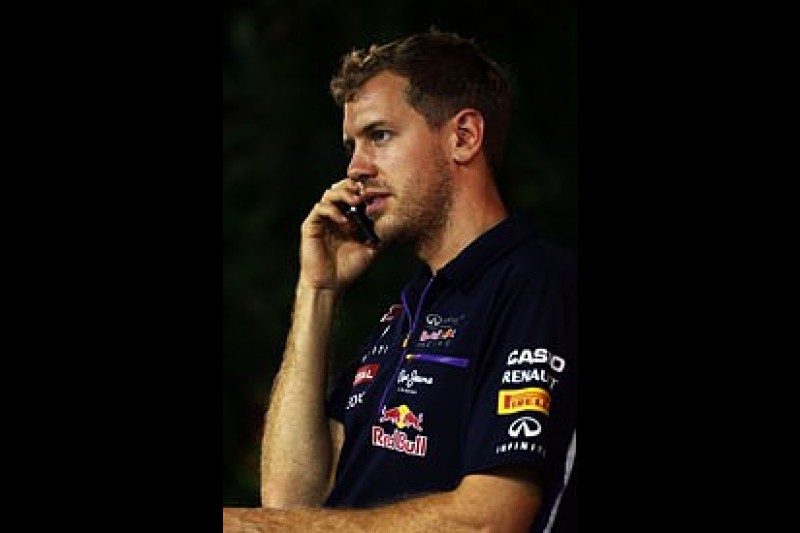 The need to make up more time in corners due to Renault's power deficit and increased tyre wear caused by his discomfort with the car's handling exacerbate his difficulties.

Asked if these problems were forcing him to drive under the limit at times, Vettel replied: "Yes. Obviously you drive the way you think is quickest, whether that means you have to hold back or you have to push, it depends on the situation.

"It is not that straightforward this year and it is not always consistent, so that is the tricky bit."

Vettel admitted it may not be until Red Bull's 2015 car is out that he is able to get back to his best.

Pushed on whether he expected to overcome his issues imminently, Vettel said: "Short term for sure not, because we would have fixed it already.

"I think ultimately as a driver you would love to go faster but obviously it is different this year.

"I think we got in a lot better shape in the last couple of races but there are still some things where we are a little bit too much on the edge."

How third cars would affect the driver market