Pirelli's switch back to 2012 construction from the Hungarian Grand Prix worked in Red Bull's favour.

Although Vettel was defeated by Lewis Hamilton's Mercedes at the Hungaroring, he won every race from the following Spa event onwards.

But Newey feels season-long domination was unlikely regardless of tyres, as he does not think Red Bull had the pace to steamroller the competition early on regardless of the rubber.

"I think we were, in truth, still finding our feet again after the exhausts were so heavily restricted through position and mapping at the end of 2011," Newey said when asked by AUTOSPORT if Vettel could have taken a season clean sweep.

"Last year and the early part of this year was still about learning how to get the car to work without the exhaust technology that we enjoyed in 2010 and 2011."

But he reckons Vettel's own performance was at a relentlessly high level throughout the season. 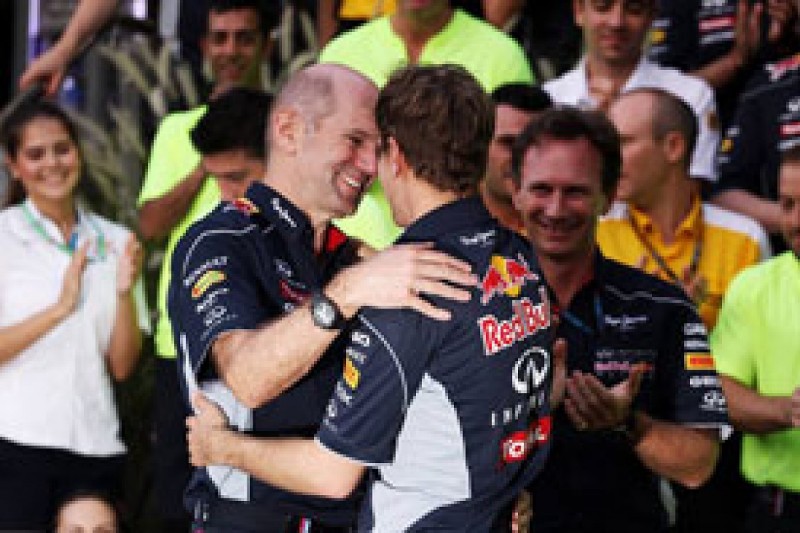 "I think Sebastian's driving this year showed a level of maturity that was quite stunning," said Newey.

"He is obviously young and learning and that has been the exciting thing.

"I think together - Sebastian as a driver and us as a team - we have matured and developed, and hopefully we will make less mistakes."

Magnussen thinks he can emulate Hamilton in rookie F1 season