Mick Schumacher has seen an "immense" growth in Mercedes’ Formula 1 operation since his "sneaky" first visit to the team in 2014 for his simulator debut.

Mercedes announced last week that it signed Schumacher as its new reserve driver for the 2023 season, marking a return of the iconic family name to the team 11 years after his father, Michael, made his final F1 start.

It marks the next step in Schumacher’s career after losing his F1 seat with Haas last month following two seasons with the team, as well as ending his partnership with Ferrari after four years.

Schumacher said that joining Mercedes "means a lot" given the family ties that date back several decades. His father raced sportscars for the German manufacturer prior to his F1 debut in 1991, while his uncle, Ralf, also raced for Mercedes in DTM.

"My dad has been part of this team from 2010 until 2012, and obviously it was a lot of the foundations of what it is today," said Schumacher.

"I’m very proud of being a part of it now, and hopefully again, I’ll be able to help them go forwards and progress, and contribute my knowledge to it."

Schumacher Sr joined Mercedes for its comeback F1 season in 2010 after it acquired the title-winning Brawn GP operation at the end of 2009.

Schumacher recorded one podium finish over his three seasons with Mercedes, but helped lay the foundations for the run of eight constructors’ championships that would follow from 2014. 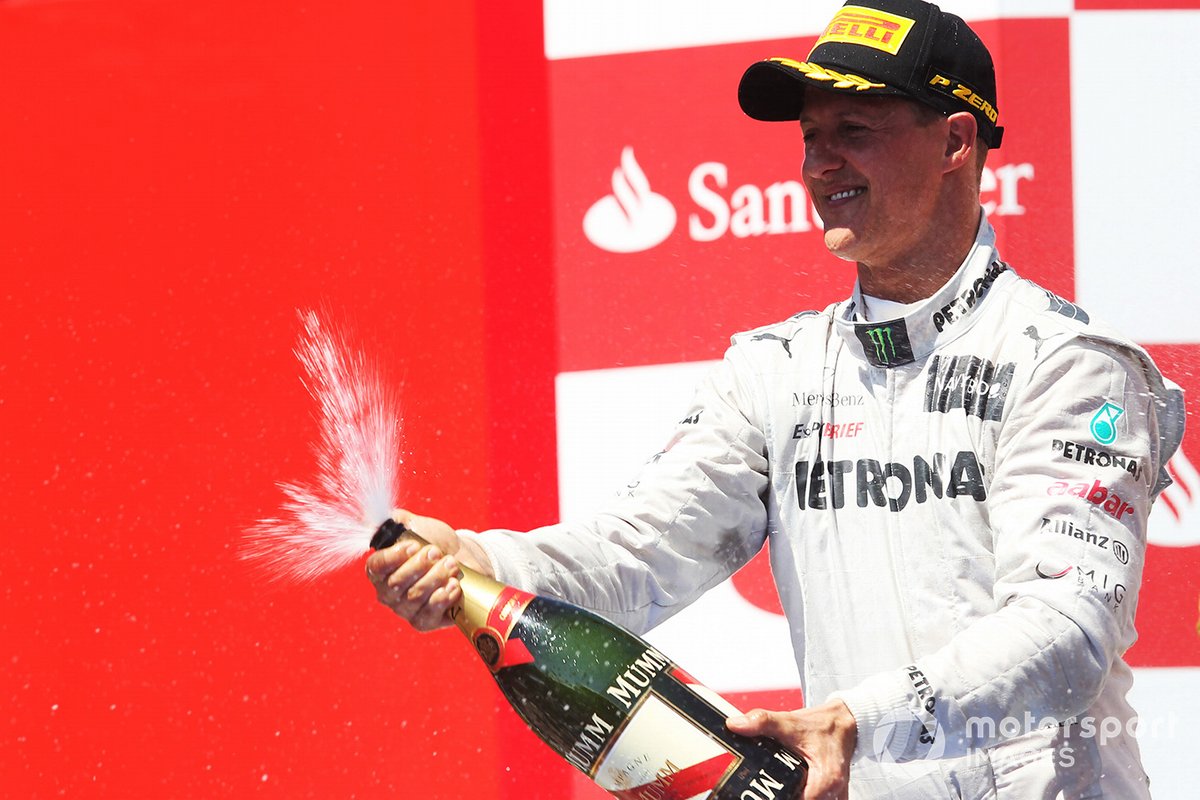 Schumacher Jr said there was a noticeable change in the facility at Brackley since his last visit, revealing he made a secret visit in 2014 to try an F1 simulator for the first time.

"The changes that are obvious since 2014, which was the last time I came here, which was a kind of sneaky visit and do my first simulator session at the time," said Schumacher.

"To see the growth in the team is immense. It shows why the team is at the standard that it’s at right now. So I’m very happy to be part of it, very excited to see more of it and get to know everybody."

Schumacher takes over the reserve role at Mercedes from Stoffel Vandoorne and Nyck de Vries, both of whom have left the team ahead of the 2023 season. De Vries will race full-time in F1 next year with AlphaTauri, while Vandoorne has become the reserve driver at Aston Martin.

Schumacher will be one of the only reserve drivers in F1 next year with extensive experience of the new generation of cars that were introduced in 2022, something he felt would benefit Mercedes.

"I guess it’s not as common to have a reserve driver that has been driving the new era of cars," said Schumacher.

"I know the new tyres, I know what the car is about, what it needs also in terms of driving style. So hopefully I’ll be able to contribute to that, but also see what the drivers need from the outside, and obviously simulator work is going to be very important.

"We have a lot to do, and hopefully I’ll be able to contribute the knowledge that I have, but also gain a lot of knowledge for myself that I'll be able to use for the rest of my career and my life."