Sauber has confirmed the departure of team principal Monisha Kaltenborn by mutual consent, and says that "diverging views" regarding the Formula 1 team's future caused the split

The outfit says that it will announce her successor "shortly", with the team's operations in Baku being overseen by team manager Beat Zehnder and technical director Jorg Zander.

A short statement attributed to chairman of the board Pascal Picci emerged over 12 hours after news of Kaltenborn's departure was first revealed.

"Longbow Finance SA regrets to announce that, by mutual consent and due to diverging views of the future of the company, Monisha Kaltenborn will leave her positions with the Sauber Group effective immediately.

"We thank her for many years of strong leadership, great passion for the Sauber F1 Team and wish her the very best for the future.

"Her successor will be announced shortly; in the meantime we wish the team the best of luck in Azerbaijan."

A prior statement, published just minutes earlier, denied "widespread media reports" that the team has favoured Marcus Ericsson over Pascal Wehrlein this season.

Sources have suggested Kaltenborn's opposition to a desire to favour Ericsson over Wehrlein is one of the issues that has led to her departure from the team. 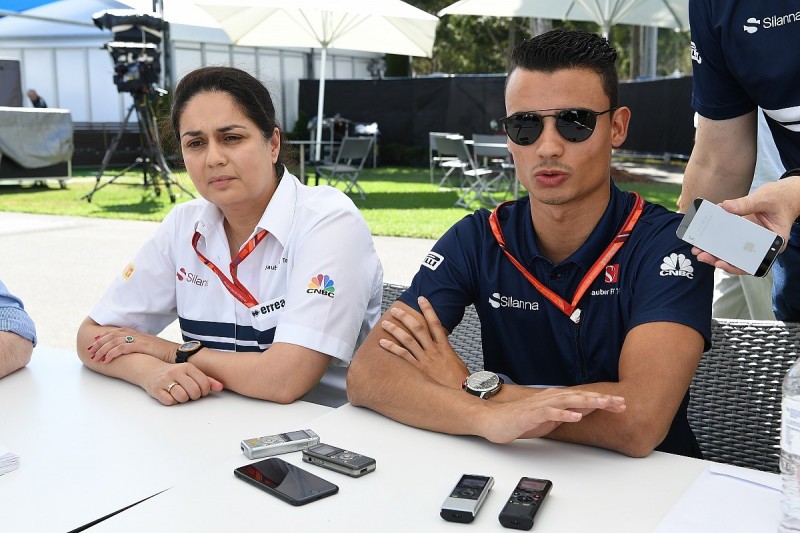 "The owners and board of Sauber Motorsport AG take strong exception to speculative and widespread media reports today that our race drivers have not been, and are not being, treated equally.

"This is not only patently untrue, it would be contrary to the team's absolute and long-standing commitment to fair competition.

"These reports, attributed to anonymous 'sources', are highly detrimental to both Marcus Ericsson and Pascal Wehrlein as well as to the management and all staff of the Sauber F1 team."