Racing Point's new RP20 is a radical departure from the team's previous car, and in terms of overall concept and aerodynamic detail has much in common with the 2019 championship-winning Mercedes W10 - a development other teams have described as "concerning".

While differing fuel loads and tyre compounds make it impossible to fully decode the pecking order after the two Barcelona tests, Sainz suggested that Racing Point had not been demonstrating its full potential after some impressively swift early laps.

"I think every single team, at some point of the tests, they've done a very strong laptime, so it's very difficult to know who is in front of the midfield or behind," he said.

"I think the Racing Point and even the AlphaTauri, I would put them as probably the most dangerous guys to beat.

"The team [McLaren] doesn't have a clear picture of how far we are from the top three.

"But we will see immediately in FP1, FP2 [in Melbourne], when we will run the same fuel loads or more or less.

"On the midfield, the Racing Point - they've been very quick the whole of the two weeks.

"And since then they haven't improved much because I don't think they want to - but that 17.3 on the first day, I think it impressed all of us and they're going to be quick, very quick." 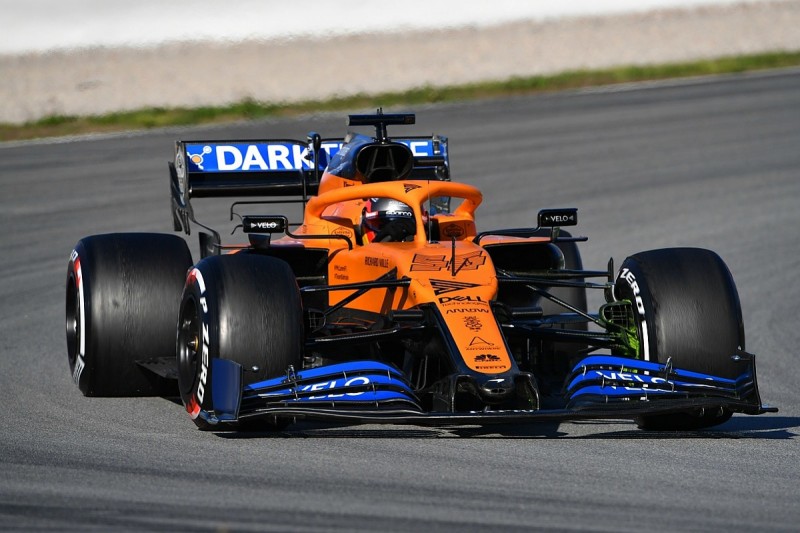 McLaren finished last season at the head of the midfield in terms of points scored, but Sainz expects the battle behind the leading three teams to be even more tightly contested this year.

"We've added some good downforce to the car and we're happier than we were 12 months ago," he added.

"The car feels much better, especially in sector one and two [at Barcelona] we're very well balanced.

"The last sector today looked at bit better but still our weakness and something that we need to be working on as a team.

"I think there's still differences in how teams are running in fuel loads or in engine modes [in testing] and we need to take that into account.

"We cannot take too many conclusions, we need to keep analysing ourselves, and I think we we're doing a pretty good job on dissecting our performance levels in different sectors and trying things to make it better.

"And the differences you're trying to spot, you see 10 kilos is three or four tenths [of a second].

"So it's impossible to take a conclusion because with three tenths in the midfield you go from being P7 on the grid to being the P17.

Ferrari: 2020 F1 engine not as strong after reliability work