Sainz needs to pull a complete F1 weekend together - Binotto

Despite having made an impressive start to life as a Ferrari driver, the Spaniard feels he is yet to have a full weekend without any problems, claiming he doesn't see the current season as his strongest in F1 yet.

Sainz is ahead of team-mate Charles Leclerc in the standings after 11 races, and has been a good match to the Monegasque's pace from the first race of 2021.

While Binotto has been impressed with Sainz, he reckons it's important for him to have a perfect weekend to continue making progress.

"What I'm expecting from him in the second half, I think he already said himself," said Binotto.

"He has not been capable of putting together one entire weekend, so there is always a mistake here or there.

"And soon, hopefully, he will put together an entire weekend, which I think is important for him."

Binotto says Sainz's form since arriving at Maranello has not been a surprise since the team analysed his performances over the past seasons before making the decision to hire him. 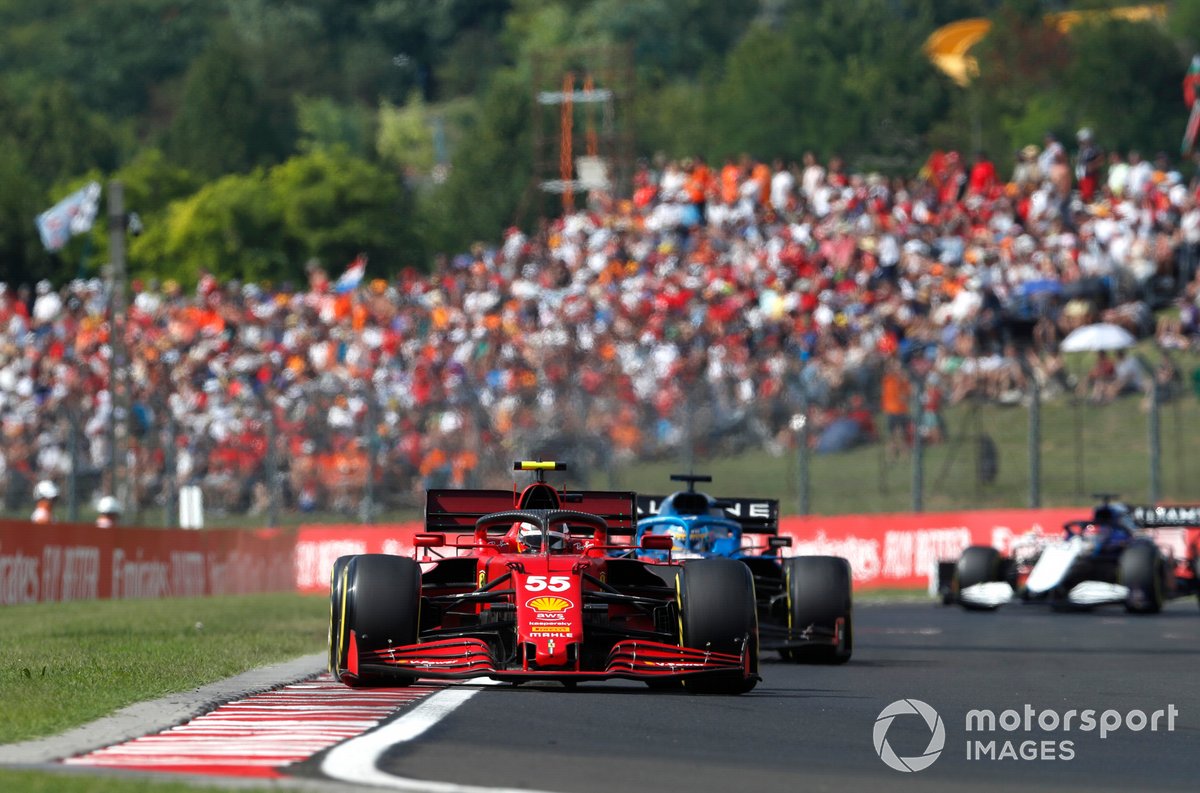 "And he was fast as well, he has proved to be fast, since he was in F1. We should not forget that his very first F1 season with STR his teammate was Max [Verstappen], and his very first year he was somehow doing well.

"And if we look as well at last year with Lando, again, he was doing very well and we know how Lando is strong and he is showing it as well in the current season so we are not surprised by how strong he is or how fast he is."

Ferrari is third in the standings, tied on points with McLaren, ahead of the end of the summer break and, while Binotto reckons keeping the position is viable, he insists the main target is to continue improving in all areas.

"It's not really arriving third," he said of the target for the second half of the season.

"The objective is trying to improve furthermore in all the areas. And to do that, I think if we are capable of doing that continuous improving, I think that the outcome will be arriving third.

"I think that being third is certainly a possible objective. We are third at the moment, equal on points but we are third, but the team is doing well and we are improving.

"I think, as I said, I think we've got the best line-up, and there is still a lot of potential to come from them, they are progressing, they are learning.

"And again I think they are doing well but more important is to make sure that they are continually progressing in the second half, and being ready for 2022."