Carlos Sainz Jr says it will be always be difficult for McLaren to compete against rivals working with front-running Formula 1 outfits, hinting at Racing Point's Mercedes-inspired design

Racing Point technical chief Andrew Green said it was a "big risk" for the team to follow Mercedes's design lead, but it has raised eyebrows with some of its midfield rivals who do not have ties to any of the front-runners.

Speaking on Wednesday, McLaren driver Sainz was asked about the pressure on the team following its charge to fourth place in the constructors' championship last year.

The Spaniard explained that there would always be pressure on the team given its history of winning races and championships, but added it faced the added challenge of competing against midfield rivals working closer with the leading teams.

"I think a team like McLaren always has pressure to deliver. McLaren is one of the best teams in history of Formula 1, and we know that fourth-fifth is still not where McLaren wants to be," Sainz said.

"But McLaren also knows that it's still very early in this new project that we have put ourselves, and we are looking at the medium-longer term target of fighting for the top positions again. 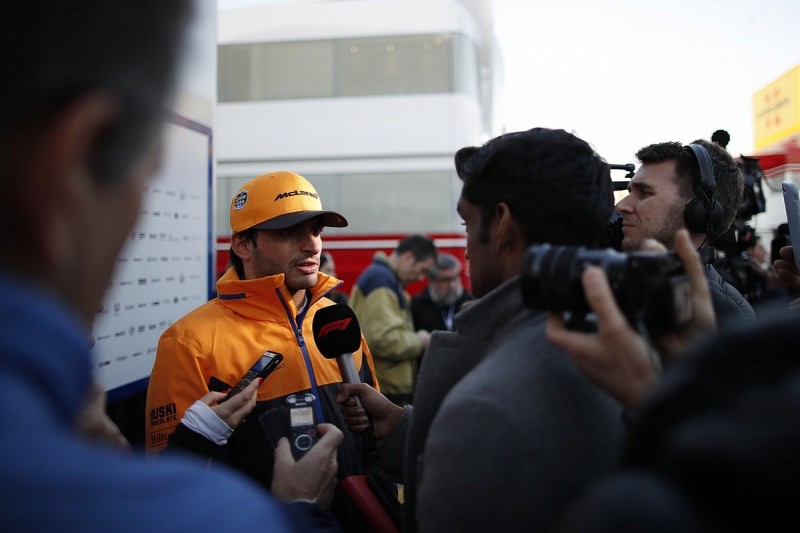 "You can see some of the smaller teams getting a lot of help from the bigger teams, so if they come here with a car that is very similar to last year's Red Bull or to last year's Mercedes, it's going to be very difficult for McLaren to do that of a big step."

Sainz ended the first test with the third-highest tally of laps, 237, including 161 on the first day, while McLaren logged the fourth highest-total ahead of engine supplier Renault.

McLaren has a customer engine deal with the French manufacturer, but enjoys no other technical ties to its works team.

It is set to switch to Mercedes power units from the 2021 season.

"At the moment we can only focus on ourselves, keep doing the steps that we're doing, like the [MCL]35 car and hitting the track and doing a lot of laps, and feeling the car already a step better than last year.

"That's the only thing we can do at the moment, and we cannot think what the others are doing."