Sainz won Sunday's race after a safety car for Esteban Ocon's stricken Alpine set up a thrilling finale with leader Leclerc staying out on his hard tyres, which gave Sainz and Mercedes' Lewis Hamilton a free stop for softs.

On the restart Sainz quickly overtook Leclerc to clinch his maiden grand prix win. Despite having to give way to Leclerc earlier in the race, the Spaniard said he still believed he could finally break his duck in F1.

"It was not easy. I struggled quite a bit with the balance, especially on the first stint with medium tyre, Max was forcing us to push a lot through the high speed. But even with all that I kept believing that it could still happen," he said.

"I needed to stay in the race like I was trying to and then all of a sudden the safety car gave me the opportunity to get back on it. Yeah, we did it.

"You can imagine the nerves on that safety car restart, knowing it was my chance and getting it done." 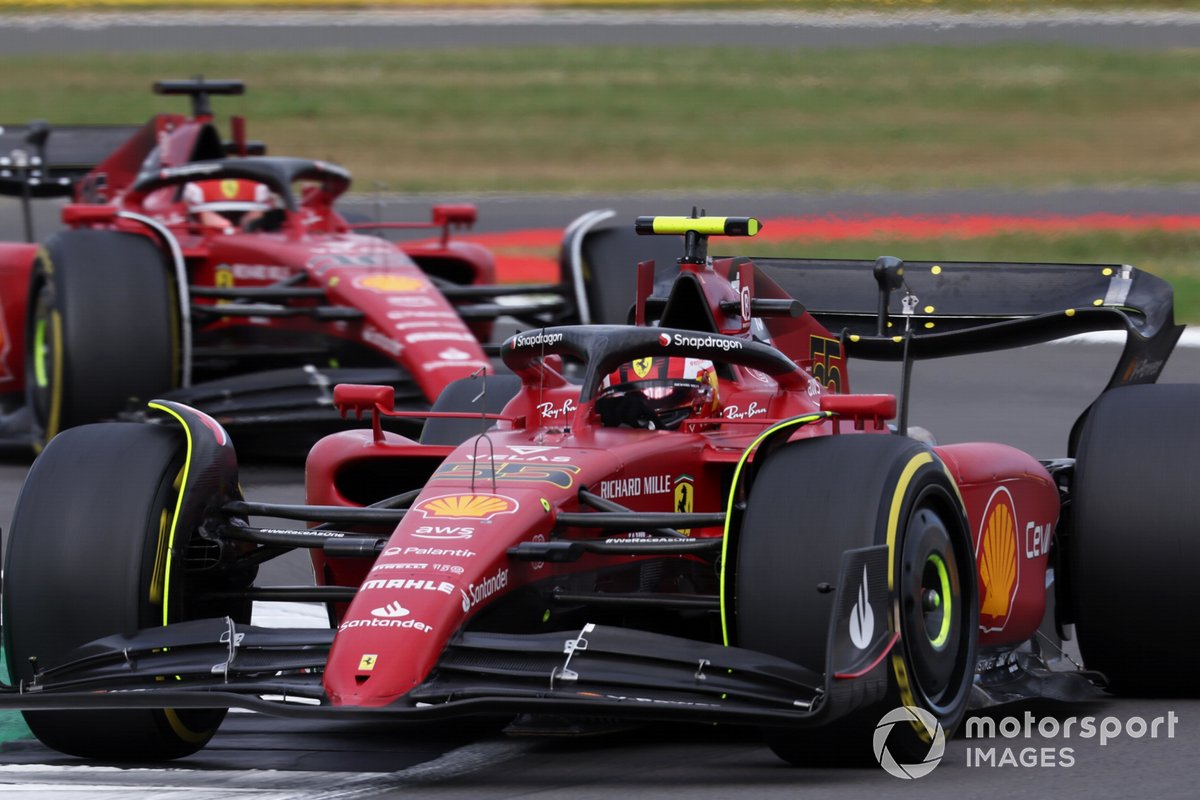 Sainz said his first win in 150 starts "is a day that I will never forget" after several near-misses and a 2022 season in which he generally struggled to match Leclerc.

"It's amazing. I mean, a first race win 150 races later with Ferrari in Silverstone, I cannot ask for more. It's a very special day, a day that I will never forget.

"A very special weekend in general. Silverstone has been a bit of a special place for me, first ever race win here in Formula BMW back in 2010, first pole position here back in 2010.

"Suddenly, 12 years later, I achieved exactly the same but in Formula 1 with Ferrari. So it's a special place for me. I thank the whole crowd for being part of it and cheering me on."

Several seconds behind Sainz, Red Bull's Sergio Perez snatched second place away from Hamilton following a frantic scrap, with a crestfallen Leclerc a sitting duck on his old tyres as he dropped down to fourth.

Sainz vaults over George Russell, who retired after a massive multi-car start crash, to fourth place in the drivers' championship, 54 points behind leader Verstappen and 11 points behind Leclerc.