Carlos Sainz says he did not mean comments following his Austria retirement to be criticism of the marshals that helped him escape the blaze engulfing his Ferrari Formula 1 car.

Sainz retired from the race last time out at the Red Bull Ring when his engine expired spectacularly just as he was about to launch an attack on early leader Max Verstappen.

The Spaniard immediately pulled over at the access road behind the following corner, but its downhill slope meant his F1-75 started rolling backwards when he stepped off the brakes.

This led to dramatic scenes of Sainz initially being unable to get out of the inferno that soon spread without his car rolling out of control back towards the track before a marshal was eventually able to place a chock underneath and he could leap out.

Sainz said afterwards that the situation was “definitely something we want to look at; what we could have done a bit faster” and it was much discussed by F1 observers.

The focus led to the Red Bull Ring marshals releasing a statement defending their handling of the fire.

Sainz, speaking at Paul Ricard ahead of this weekend’s French Grand Prix, said: “I can understand why they wrote it because I guess what I said after the race felt like a criticism to them.

“I didn’t intend at all to come out as criticism. Because I am the first one that always speaks very highly about marshals and the heroes that they are and the way they volunteer to be in these kind situations and protect us.

“I never wanted to make it sound like a criticism to anyone.

“I just wanted to make that it was analysed and see where we can do better next time. Because it wasn’t a comfortable moment in the car. 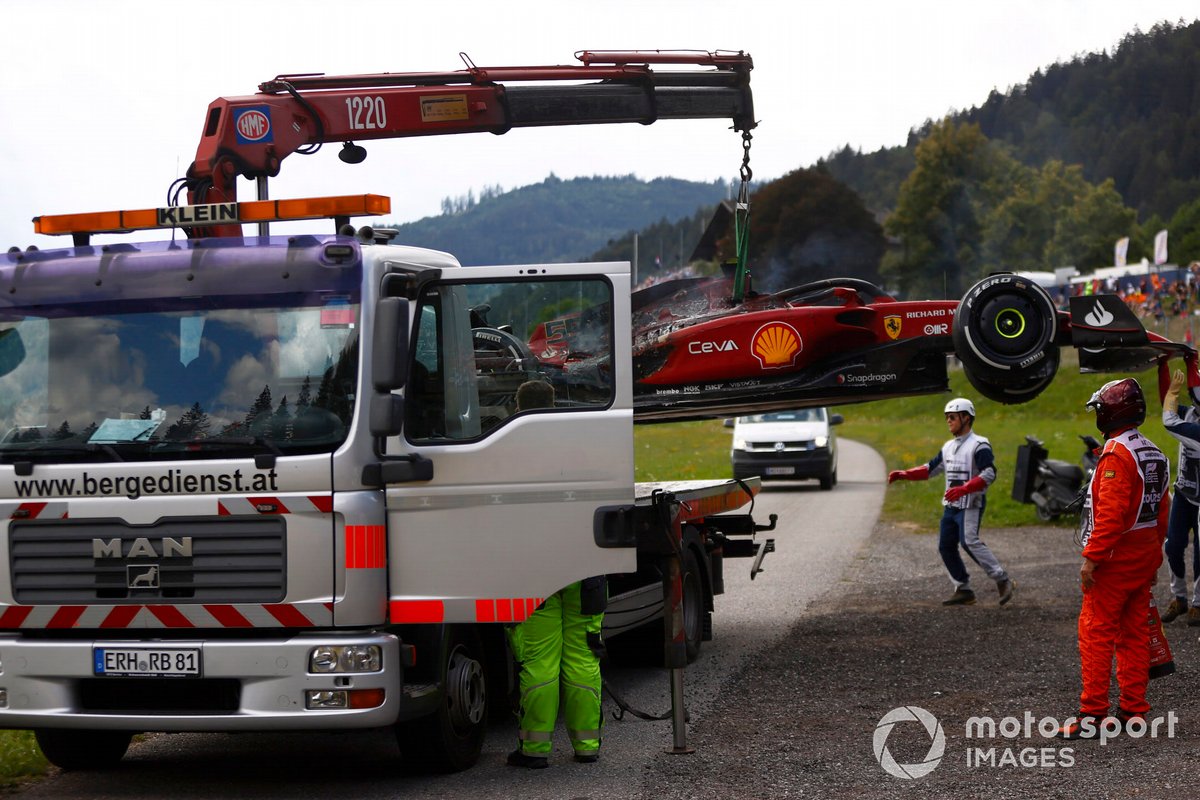 “And it felt a bit hectic at the time and a bit messy.

“So, yeah – the explanations didn’t arrive to me, I saw them through the media, which is maybe something that I will need talk with the FIA [about].

The Austria marshals’ statement included a line that read “intervention is only allowed after instructions from race control” following the 2014 Japanese GP incident that ultimately claimed the life of Jules Bianchi.

Regarding this, Sainz said: “If that is the procedure then it shows that we need to shorten down the timings of the procedures, which is what I will discuss with the FIA.

“Because I’m sure everyone did the best of their abilities in the moment – and especially in the heat of the moment, a stupid joke!

“But we just need to see how we can make it faster so next time if a car is rolling back, how do we react a bit quicker and that’s it.

“It’s forgotten now and how we will make it better next time [is the focus].”

Hamilton: 2022 F1 struggles have been "valuable lesson" for Mercedes